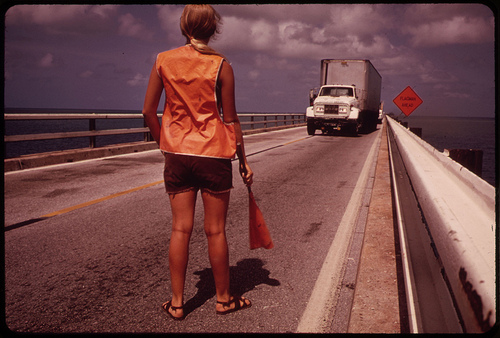 When your browser is starting up, most people visit their social networking site within three choices. The other choices are webmail and the news. It’s hard not to value a SNS as a great communication device but it also shows a different part of people’s behaviour. Adding a friend and browsing through his or her page can give you a new insight in his persona. Common findings are ‘I never knew he liked that’ or ‘I would have never thought this to be behind her’. There has been a lot of research about online personification and living an alternative life online. You can restore or enhance your own persona online by simple adjustments to your profile. Marketeers try to pile all the data and create different categories.

The industrial revolution had created welfare that gave a rise of individuality. People were pushed to think of themselves as unique individuals. With a growth in financial power, people could pursue their own pleasure and create niche activities. French sociologist Bourdieu on the other hand believes that the class structure keeps returning because the parents give their social standard to their children. The Internet has given us the opportunity of being an individual. But there is a new problem. Global companies want to categories users so that they can sell their products. Is it a hoax that we are so different from each other, do we really differ from the next person or are we living an illusion. It’s impossible to answer these questions but this gives the reason to categorize. Foucault writes in his book ‘Crime and punishment’ about docile bodies. The body is a machine that has certain traits that can be optimized. A soldier typical looks the same way and is trained to follow orders. Is it because of training or is it because of a given purpose? The Internet has been called the information freeway, a freeway gives you the idea of freedom but you are bound to its roads and can’t escape the route. The same goes for Internet, it’s a lot easier to create a new pathway but you will need a set of skills to do so.

Every SNS has a purpose and a goal for its users. Most users are taught by SNS what to expect and what data to process. Twitter gives the user daily information and whereabouts, Facebook shares your interest and let’s you keep in touch with your friends and Linkedin gives the user a handy tool to keep its professional network at hand. Only on the dating sites is there an attention to detail. A user profile is the most important judgement on these sites. It’s hard to try and make a just profile. If you post just a few times a month you might be considered boring if you post too much you have ‘no life’ and you are a sad person if you make angry posts. Judgement is quickly made by users and gives rise to strong taboo. From my own personal experience I have a problem with judging the messages in some texts. A misinterpretation or misreading can give you false hope, useless anger and anxiousness. New social norms and etiquette are created on SNS.

So are these new etiquette based on honesty? Is the idea of an alternative life online a problem to follow these etiquettes? Are we losing touch with honesty and are we creating larger then life figures? An example is the way users answer a questionaire. Most of them fill the answer in a designated box with just a couple of answers. I don’t feel like typing and explaining everything on my screen because I value my time. But when I talk to a friend I can go on forever about a certain subject. It’s common knowledge that Internet is a great communicator; it gives you a steady feed of the activities of your friends. SNS gives the user the information of events that are going on and the hip things you should be checking out.

So do you fill out your profile differently when you join a SNS like online dating, linkdin or facebook? Is it the privacy and all the warnings in the newspapers about future sollictating that hold you back? Are you trying to enlight a certain point of your persona or are you trying to encrease your rate of succes? The strange thing for me has always been the prolificness of my friends. I am more of a voyeur then desperatly a hardcore sharer. Is Facebook a new place where new social conformities are created and etiquettes are written? Is this the new generations future asylum where users can release pressure and get their dose of medicine? A hospital is a place that heals but also learns from people’s diseases, pains and mental state. It gains it knowledge this way and has done for hundreds of years. The growth of Facebook is continuing beyond proportions. It is on every site as an open window looking at your face. Waiting for you to give the ‘doctor’ it’s data.