When talking about social media platforms, names such as Facebook, Twitter and Instagram are often those that come to mind first. Besides these large and well known platforms however, people can connect with like-minded souls through niche platforms such as Ravelry (a social media platform for people who like to knit), Affluence (a private social network for rich people) and Stache Passions (a dating site for people who like moustaches). For film fanatics, there is Letterboxd:

Letterboxd is a social network for sharing your taste in film. Use it as a diary to record your opinion about films as you watch them, or just to keep track of films you’ve seen in the past. Showcase your favorite films on your profile page. Rate, review and tag films as you add them. Find and follow your friends to see what they’re enjoying. Keep a watchlist of films you’d like to see, and create lists/collections on any given topic. (Letterboxd n.pag) 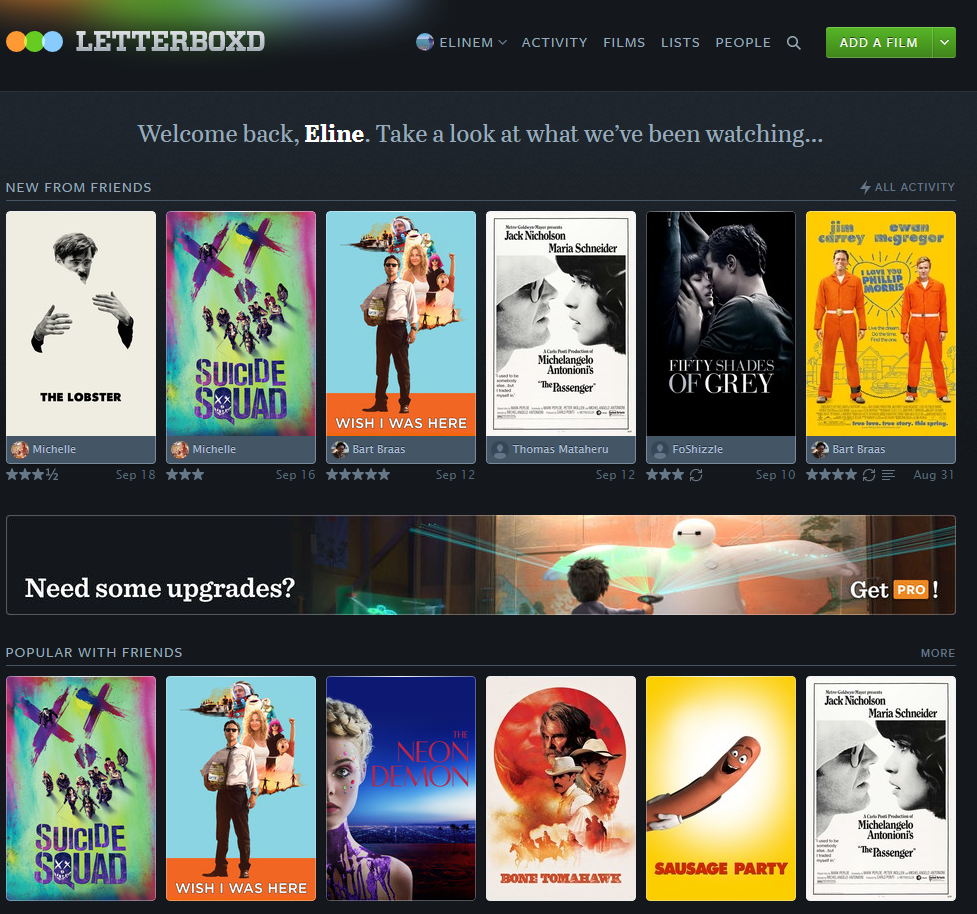 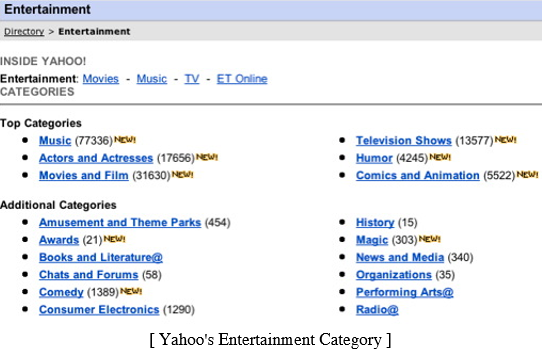 According to Shirky, this form of a-priori classification can be problematic: “It forces the categorizers to take on two jobs that have historically been quite hard: mind reading, and fortune telling. to guess what their users are thinking, and to make predictions about the future” (ibid). In the example above, Yahoo takes on the role of the categorizer by guessing which content matches which ‘shelf’. Users may experience content in a different way which makes the accuracy of this form of classification questionable. Another problem is that one piece of content may fall into many different categories. Placing them into just one category and ignoring the possible others is not always the best option.

Letterboxd uses data from ThemovieDB, which is a crowdsourced movie database. This means that the database depends largely on input from users (Howe n.pag). They have the ability to, for example, add new movies, add information to existing movies and add tags. The database uses a form of categorization where users play the most important role, which is an interesting feature that is used by many online directories, for example Wikipedia and Last.FM. Letting users categorize and classify content through tagging is nowadays a popular way of online categorizing. Thomas van der Wal calls this folksonomy: “Folksonomy is the result of personal free tagging of information and objects (anything with a URL) for one’s own retrieval. The tagging is done in a social environment (usually shared and open to others). Folksonomy is created from the act of tagging by the person consuming the information” (n.pag). One piece of content can now have many different tags and thus fall into many different categories. The most used tags can then be seen as the most important categories. According to Shirky, the shift to a folksonomy in directories is a positive development. He states that it can make organisation more organic and democratic (n.pag). However, tags can sometimes be an insufficient organizational system to users. It can be, for example, difficult to create a catchy tag for ‘movies where white people solve racism’. This will also not be a tag many users will come up with, which means the tag will probably not be used much and thus have little to no influence on the directory.

This is where Letterboxd comes in handy. Besides the tagging system, Letterboxd offers its users the option to create lists in order to categorize movies: “With lists, you can collect and share groups of films. All Letterboxd users have a “Watchlist” to collect films they’d like to see. Create as many curated lists as you wish, for favorite genre films, your collection of physical discs, or your favourite heist films” (Lists n.pag). 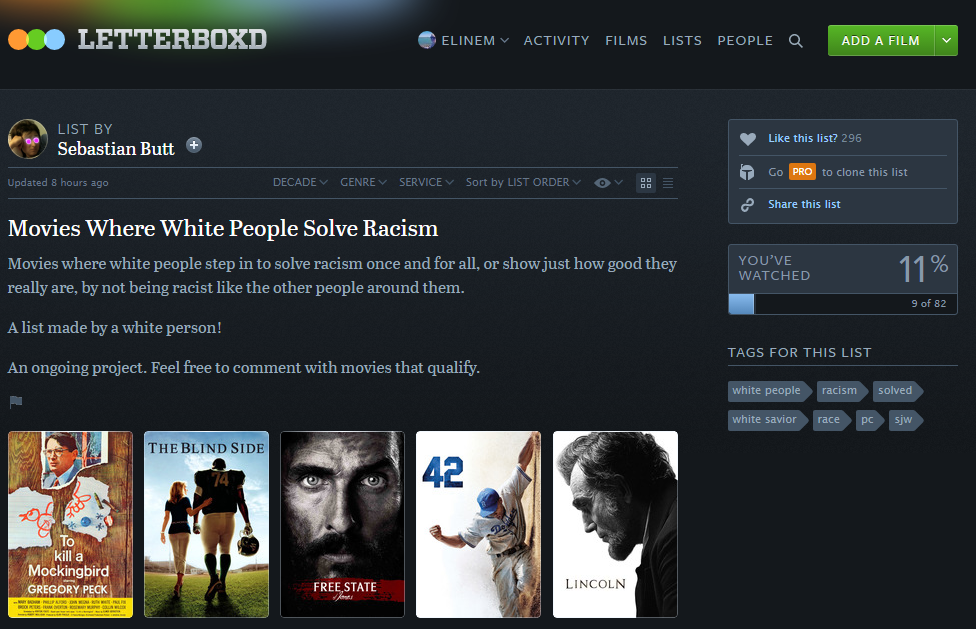 In a way, Letterboxd lists can be seen as the ‘shelves’ that folksonomy tried so hard to replace. However, the lists are made by users and users have the ability to easily add and remove movies and give feedback. By participating in list-making, users can make new connections and have discussions about the content. Letterboxd leaves this entirely up to the users themselves, and does not intervene with the process. I argue that, by combining lists with a tagging system, Letterboxd created a more ‘modern’ version of the organizational shelf which results in a highly user-friendly directory that embraces the knowledge of the crowd while still leaving room for the individual to think critically about the content and offer alternative classification viewpoints.

A few examples of Letterboxd lists: