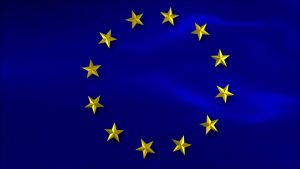 Since May 2018 you can do a “data subject request” under EU General Data Protection Regulation (GDPR). Within 30 days you get all the data an organization have on you. You should also be able to move data from once service to another with Data Portability. You could, for example, move your playlist between Spotify and Apple Music (a concrete suggestion from the EU), or take your Facebook data and plop it into Twitter, or perhaps into your Mastodon account. Mastodon is one of many open and distributed, and more idealistic alternatives to Twitter and Facebook.

Currently, in most cases, you can’t do this type of transfer, because there is no standard format. Then, how would a standard data format for social media look like?

To create data formats for all types of services (including social media), and getting it to work well, means we need to agree to what everything is. We would need a universal format describing every single digitally transferable piece of information. What is a person, a song, an apple, etc.

The semantic web is an almost 20-year old idea to do exactly this – map out all concepts in order to facilitate data exchange. The semantic web never became mainstream, it’s been described as dead as last years roadkill. Yet if we take the idea of data portability to it’s out-most conclusion, we would end up with some version of the semantic web.

According to GDRP, data portability should be possible using a “structured, commonly used, machine-readable” format. What is not mentioned is how important the specific structure of this format is. One format could favor Facebook, another format could favor Mastodon, so there is plenty of room for politics. Creating a common, universal format for data transfer would mean a shift of power from the one holding the data, to the one writing the specification. The bureaucrats dream, perhaps.

Jeremy Corbyn recently suggested (Sept, 2018) to create a nationalized social network, dubbed “StateBook” by opponents. What could possibly go wrong with competing head-on with the biggest companies on the planet, by their own rules? newsocialist.org.uk and eff.org rightly argues that it is a better idea to focus on the infrastructure: Use, or build on, existing protocols. But talking about infrastructure is maybe not so thankful for a politician, it’s not only boring, but it’s also something you can’t touch (Peters, 2015; Parks 2015). We need to visualize it somehow, create an ‘infrastructural disposition’, and ‘foster infrastructural intelligibility’ (Parks, 2015, 359).

If we look at the bustling world of alternative social media, we see how eclectic the idea of ‘social media’ can be. There are several goals, some are contradictory: More ‘democratic’, ad-free, spy-free, less corporate-controlled, libertarian, governable, censorship-circumventing, incentivized, not-incentivized, decentralized, or what have you.

Let’s look at two contenders: First, “akasha.world”, a blockchain/ethereum based social network and second Mastodon, based on the protocol ActivityPub. Both are mere curiosities in the eyes of Mark Zuckerberg. But, by trying to define a standard data format, we need to consider the future. For this reason we also need to consider the speculative.

Akasha is more utopian than Mastodon. The rhetoric includes a ‘historically prophesied shift’ that is about to happen, and keywords like “fittest communicators” and “competition”.

Akasha nudges you to take the right decision, even if it doesn’t tell you exactly what to do (Thaler and Sunstein). It governs “through” you by letting you internalize it’s governing logic by using extrinsic (Morozov 206) tokenized incentives. It is the land of Homo Economicus (Read). It influences you to do what’s best for you and the community. Every aspect of the network is considered a form of capital (essence, karma and mana). Mana is the capital for interaction (publishing, voting), karma roughly means reputation and essence is what you gain when upvoted. The exchange rate and breakpoints of these types of capital is tuned to create a stable system. It’s a kind of decentralized reddit backed by real value (ether).

This year (2018), W3 Consortium published the protocol standard ActivityPub. It’s not as idealistic as the proposal for the semantic web from 20 years ago, instead it’s a pragmatic attempt to tie together some existing alternative social media initiatives (Mastodon is one, but there are others). The hope is that it will collectively create a bigger force against the existing dominant platforms.

Mastodon (using ActivityPub), compared to Akasha, is conceptually more messy. It works differently on a global, local and individual level. Mastodon and ActivityPub partly makes up what is called the “fediverse” – singular social-media servers tied together, to the best of abilities, so they can talk on a ‘federated level’. There is no higher power in this universe, so it can become unstable when alliance is too dominant. This system will need constant attention. Because you have to choose a server, it has the strange restricting effect that you have to choose a culture, a set of norms: Contrary to Akasha, you are guided by intrinsic values (Morozov 206). The server (‘instance’) you choose will be part of your public persona.

Back to the original question: How is a portable data format for social media going to look like? ‘Social media’ is a complex mix of ideology, governance, multiple concepts and technological capabilities. It’s not easily fitted into one single specification. Maybe we need to cut it up in smaller pieces, like ‘post’, ‘person’, perhaps even ‘value’, ‘identity’, ‘governance’ and ‘belonging’. But then we’re really deep into infrastructure creation, closing in on the idea of the semantic web. The dominant platforms would need to turn themselves inside out to comply to this, and they might not like that very much.

How transformative the idea of ‘data portability’ is going to be depends on how it’s interpreted. It’s a political struggle. The semantic web can perhaps be useful as a kind of measurement device.

Morozov, Evgeny. To Save Everything, Click Here: The Folly of Technological Solutionism. Public Affairs. 2013.

Parks, Lisa. 2015. Stuff You Can Kick: Toward a Theory of Media Infrastructures. Between Humanities and the Digital. Ed. Patrik Svensson and David Theo Goldberg. Cambridge, MA: MIT Press. 335–274.

Read, Jason. A Genealogy of Homo-Economicus: Neoliberalism and the Production of Subjectivity. Cambridge Scholar Publishing. 2016.