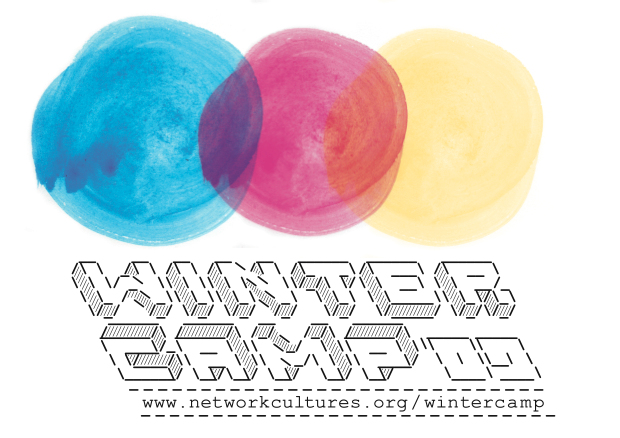 This week was Winter Camp week, an event organized by the Institute of Network Cultures (INC). The event brought together different networks that had been around for at least two years, to see what happens at this stage of settling down, when they are no longer fresh and new. Often the activity level drops after the newness has gone so the question posed on Winter Camp was about how networks deal with this, should they transform in to so-called ‘organized networks’ or stay true to their distributed nature? Does professionalizing the network and the introduction of hierarchies, rules and regulations decrease their spontaneity or can a balance be found between structure and autonomy. Bringing twelve groups together displays many of the different ways these networks deal with this and at the same time provide a space for those networks to meet face-to-face, often essential for the existence of networks. Some networks actually never met in real life or only sparsely seen each other at convergences.

The networks present at Winter Camp where:

Some of the MoM bloggers where present at this event as resident bloggers to both document the different networks in their individual projects during the week as look at those questions posed by the INC. To check out our blogs of the event check out the Winter Camp blog.