First impressions on ICT in Kampala

On the plane from Cairo to Kampala I met a young Ugandan guy of 19 years old who just flew back from a tennis match in Egypt. He was a real cosmopolitan; he had traveled already all over the world for tennis matches, he studied as well in Uganda as in South Africa and he got a scholarship for next year to study in the USA. He told me laughing he might do some economic studies too, to help us in Europe with our crisis. He uses the laptop of his brother to surf on the Web for news and downloading music.

Since he was a nice guy I asked him if could do an interview with him later on in Kampala, and he gave me the phone number of his sister: ‘Ask for Duncan..’ He himself changed too often of simcard to be reachable.
Once in the country it is not only the humid air taking the attention of your senses. The country is filled with massive advertisement and billboards of telecom companies: ‘connect yourself’… 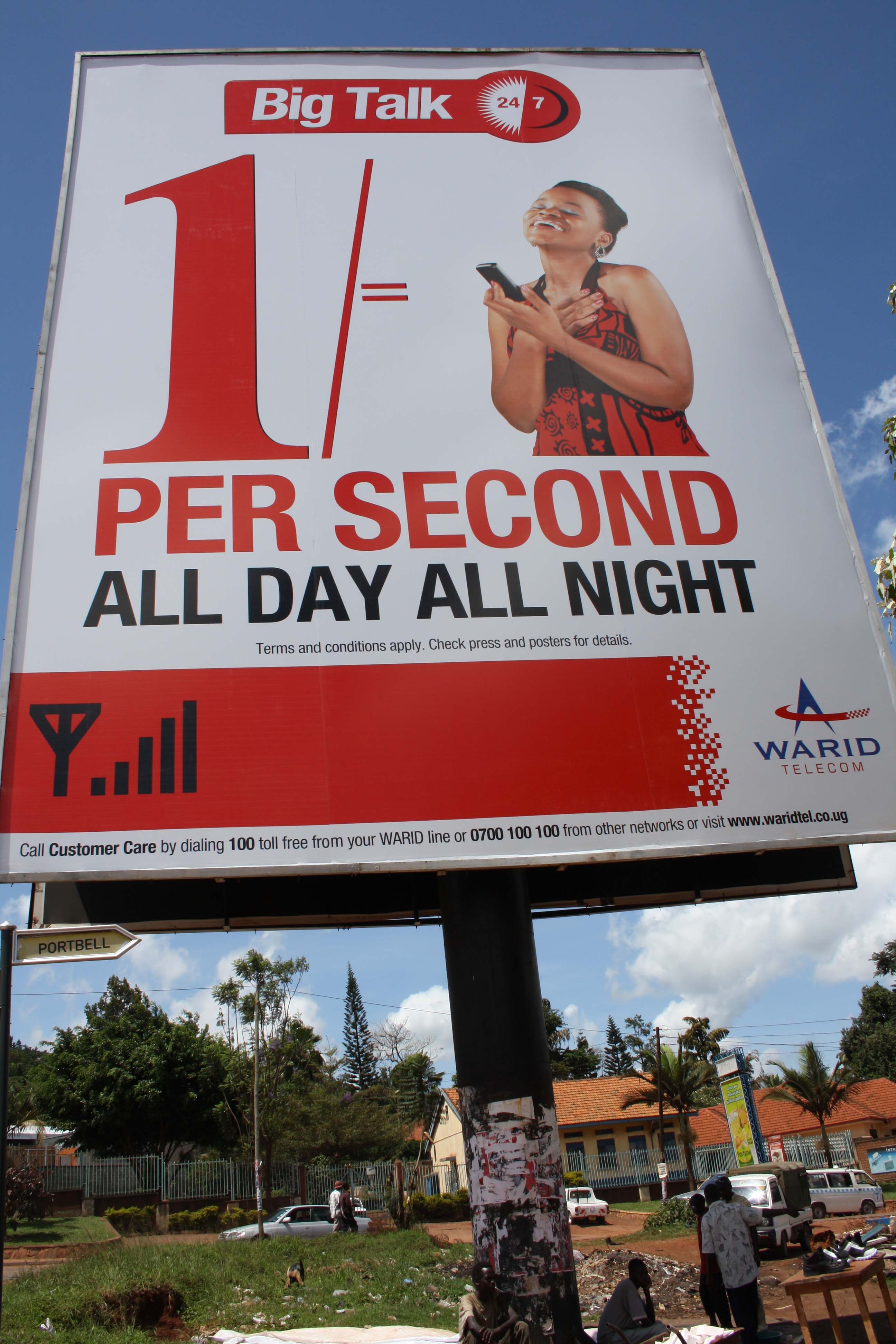 Everywhere houses are painted in he colours of the telecom companies. The companies see it as free advertisement; the residents see it as free paint. This makes for colourful spectacles, the colour of Zain for example really is as pink as it can get.

(There was supposed to be a nice picture here of a street full of pink houses, but after six hours of uploading without result I gave up…)

My first intention was to shine a light on the dark informal sphere of illegal economic activities conducted on the Internet. Scams, fraud, fake marriages and so on. My first encounter with a Ugandan blog taught me that the scams were typical Nigerian, not African. People in Uganda were warning each other for this foreign Nigerian fake mails. There went my first prejudice.

The Internet is not yet as well developed as the telecom technology is. This is especially experienced in the slow network connections. At some places it can take up to half an hour to open your email. There are a lot of Internet cafe’s in Kampala though, and surfing the Internet is a popular activity amongst the Ugandans. Downloading music is one of the activities. From tomorrow on, I will go into the field to find out what Internet activities more are conducted.

WiMax offers a fast connection, but is still far too expensive to be available for the Ugandan civilians. On the MUBS (Makerere University Business School) there is a large room with 250 computers waiting already a year for a good deal with an Internet provider. In the meantime the computer hall stays closed. It is too expensive for the university to obtain a proper connection. One of the ideas is to form a block with other educational institutions in East Africa in order to gain a stronger position in the negotiations with the providers. The government doesn’t subsidize Internet connections, because they don’t see it as a priority.

Also on the ground most people haven’t discovered yet the possibilities that the Internet offers. A student union of the MUBS did see some possibilities and was planning to held the elections and the voting on a website. Eventually they didn’t, due to the minimal connectivity offered on the university and due to their idea that people are not motivated or used to using the Internet.

One of the professors there thinks that the mindset of the people are a bigger challenge than the connectivity. ‘People still need to become aware of the possibilities it offers.’ On the question how fast this awareness is coming, he answers ‘…very…sloooow…’
‘No hurry in Africa!’