A smart artist makes the machine do the work. Cornelia Sollfrank

German artist Cornelia Sollfrank’s career has been linked to hacking, conceptual art, cyberfeminism and net.art. Since the nineties, she examines the digital cultural techniques of copying and the machine-supported production in order to question the traditional models of authorship through methods like appropriation, repetition or plagiarism.

An example that seems significant is her project net.art generator. This is a computer program which collects and recombines material from the Internet to create a new website or a new image. The program requires the user to enter a title which then functions as the search keyword, and to enter a name as the author. The resulting images and websites are stored online an archived from where they can be downloaded. Since 1999, when Sollfrank launched her first version, five different versions of the “machine” had been realized in collaboration with different programmers.

Few artists have explored the Western concept of originality as Cornelia Sollfrank. She has been working in the last few years contributing with irony and humor to the topical discussion of authorship. Her work means a constant challenge that culminate in a conflict with intellectual property and copyright assumptions and the complex rules and regulations governing laws related to them. Her appropriation strategy undoubtedly reflects that the question of authenticity appears obsolete in the present-day remix culture, as Sabine Himmelsbach (artistic director at Edith-Russ-Site for Media Art) pointed out in the preface…

It has often been suggested that art is simply there and not subject to any rules, especially “good” art. This vehement negation of an existence of rules for art is what makes it necessary for me to seek out these rules and visualize them with artistic means. Repetition is an obvious choice, because it directly causes the disruption of the mechanisms important to the art system. And sometimes it is not even necessary to repeat, but simply appropriate what has been repeated by others. Cornelia Sollfrank, 2008.

Expanded Original, is the recently-published catalog on the occasion of her exhibition Original and other fakes from January 24 to April, 19, 2009 at the Edith Russ Site for Media Art in the german city of Oldenburg. This book documents this exhibition and includes essays by Sabine Himmelsbach, Javob Lillemose, Rahel Puffert, Gerald Raunig, Silke Wenk.

In Original and other fakes exhibition, the viewer was surprised by the presentation of  classical paintings and sculptures, located in the top floor of this media art institution. All them were loaned by Oldenburg museums and the visitors were invited to go through the different spaces of the gallery, as if those spaces were spaces for discussion for the aesthetic, medial and juristic conditions under which these works were copied, reproduced and distributed by Cornelia’s proposal.

While disscusing about the idea of the devaluation of originality, the artist, in a continuation of the MuseumShop project begun in 2007, showed a video for understanding the professional reproductions standard procedure -the marking of copyrighted digital images with a logo or “watermark” thus making them unusable for other purpouses-, carried out by a museum photographer. 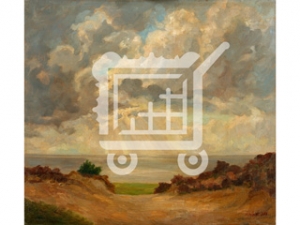 Furthermore, there is a “Contract Space” which offered to the viewers the possibility of reading a number of contracts that define the conditions at which the reproductions can be feed into the commercial cycle. Finally, the central component is the Web Shop of the stock photography agency created by Sollfrank in 2007, where the contents are offered for sale. Whoever wants to see or own their works without the “watermark” must pay for it, as it is adviced in the catalog text.

As Jacob  Lillemose pointed out in this publication, Sollfrank’ net.art generator has become one of the most complex and intriguing “escape attempts” from the cultural logic of authorship to come out of contemporary art. However, Sollfrank goes beyond “The Death of the Author” declared by Roland Barthes in 1967. Furthermore, Sollfrank’s work is directly related to Walter Benjamin’s concept of “similar” which are the things that exist in numerous specimen, the opposite to the unique or what Benjamin calls the “maximal unique” elevated in the auratic area of the art works.

Lillemose  analyses another Sollfrank’s exhibition called This is not by me.  The leitmotiv of this project is the art of another artist, Andy Warhol and his flower prints. Warhol’s prints are based on an appropriated photograph of another artist, Patricia Caulfield, and it is not a coincidence that Sollfrank chose this art work for developing and expanding the matter further; changing an image production with an industrial age machine as Warhol did with Amiga computer, but using a networked machine without any centre of control, not paying attention to the debate of originality and genious.

This is not by me flower images exhibition was complemented with several videos of Sollfrank  presenting her work to four different lawyers, asking them to comment on it. And finally, a video entitled “I don’t know” (1968/2006) that is a staged interview with Andy Warhol for which Sollfrank used parts of old interviews with the artist and combined them with new shots. His responses to Sollfrank’s questions about how he understand copyright and property are mostly “yes”, “not” or “I don’t know”. She asks him if he would accept the reworkings of his images by the net.art generator and he answered affirmative. Those videos extend the challenge to the level of a philosophical, a legal and an aesthetic discourse.

Sollfrank has another interesting work that involves the generative art with the generator, Female Extension. This project resulted from a fake registration of almost 300 women in a net.art competition called Extension sponsored by Galerie der Gegenwart, in Hamburg, all made by Sollfrank. She invented profiles for all those women artist and the machine did the artistic works of all them. The cultural institution announced its satisfaction for the high number of women who submitted their works in the contest. Nonetheless the three winners were men. Was at that moment when Cornelia make public that she was responsible for all the registrations and her work became an absolute scandal.

In a later interview, Sollfrank claimed that she did it because I thought it was silly that a museum would stage a Net art competition. For me, Net art has nothing to do with museums and galleries and their operations, their juries and prizes, because it goes against the nature of Net art. Net art is simply on the Net; so there’s no reason for a museum or for a jury that decides what the best Net art is.

The final essay of this book, signed by the artist and entitled “Early influences, late consequences or: why machines did it for me” is the final “acting out” of Cornelia, because after an exact reading of the text, you  are not sure  about the structure  and truthfullness of the text and you will be tempted to wonder about its real authorship. Possibly you read a word game resulted from another art generator. Or not?