What can wii do for us?

“(…) the informational dimension of communication is not just about the successful delivery of a coded signal but also about contact and tactility, about architecture and design implying a dynamic modulation of material and social energies. Information works with forms of distracted perception by modulating the organization of a physical environment.”

Focusing particularly on the last sentence, what possible readings can be draw from it? That there is more to information than the 5 elements of the mathematical theory of communication ; when we visit the Van Gogh museum, we apprehend the information/exhibition according to predetermined paths, just to name a few : chronological organization of the exhibition, pictograms that highlight specific areas, audio visit, etc. Information is not the only content of communication; it is just one of its dimensions.

While thinking about the Wii, my focus of attention is not so much on a specific game, what is particularly innovative in this console is the interface that remains common to the majority of its games and that incorporates both space (physical environment) and body (sight, contact and tactility) as part of the game interface.

In fact the physical environment becomes part of the game, capturing the movements of the player’s body, taking the game out of the quasi exclusivity of the screen and putting the body and space to the lead.

The way that we emulate reality through the Wii games, for instance tennis or bowling is also another interesting aspect of it: as one has to perform movements similar to the ones of tennis or bowling player, the living room suddenly becomes a tennis field or a bowling alley. The place that is used to watch TV has the potential to become a tennis court.

With the Wii, first we have to prepare and create the space to play: a living room gains a new dimension and is sometimes rearranged for that purpose, pushing tables to the side, etc.

I remember when playing first person shooter games in the past, the place didn’t play an important role in the game, no amplitude of movements was needed in order to succeed and the game was confined to the TV or computer screen and the keyboard.

Just as the space, the body had the same secondary place; we could easily lose track of hours due to the immersiveness of the game but mostly because our bodily action within the game was confined to the action of the fingers on a keyboard or joystick.

There was no real exercise, pain or sweat.

The immersiveness of games gives way to immersive places where space, body and game play an important role of interaction and sociability: people play with their friends or family, they play on the street, online, etc. Our senses mix-up and interplay with the game through a multisensory communication based on tactile and visual languages.

When we play we are forced to combine the rationality of thinking with the sensoriality of the movements made with the body.

A Wii game might be taken as an example of how technology reconfigures places, creating new functions, new dimensions and new relations with our body.

What is also interesting is what people having been doing with several adaptations of the Wii command and/or the infrared receiver taking it out of the context of the game space and putting it in other contexts or how Wii games have been helping people in nursing homes or in rehabilitation of people of suffer from Arthritis, Parkinson’s disease or stroke.

“The new approach called ‘Wii-habilitation’ or “Wiihab” is changing the dynamics of Physical Therapy. Wiihab allows patients to play Wii video games such as baseball, bowling, boxing, golf and tennis as part of their physical therapy routine.” 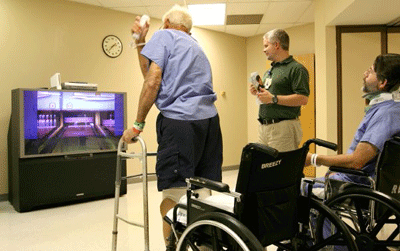 Image taken from a presentation by Melbourne Health Center 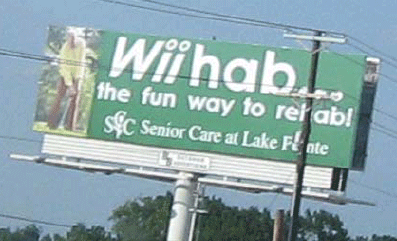 Watch the video – Using the Wii command to mow the loan, from the website Wiihaveaproblem. 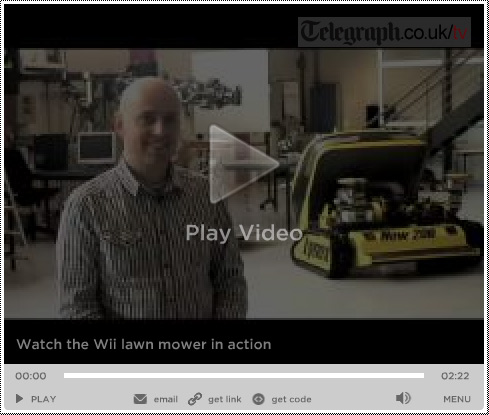 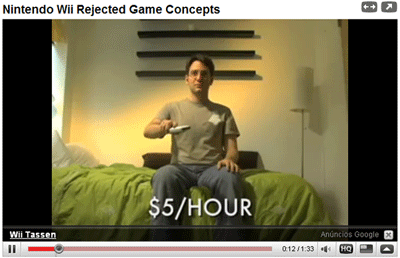