Gaming: The interpassive interplay between user and environment

The interplay between the user and the game is tended to be thought as of being an active and interactive one. But how accurate is this conception? Through the work of Slavoj Žižek I will argue that there are deeper underlying aspects that question if the interplay between the user and, in this case, the game ‘The Sims’, is ultimately an interactive or interpassive one.

There are two types of ways in which we can react towards cyberspace. According to Žižek the first reaction involves the one in which the end of Oedipus stands central. Cyberspace functions as an environment in which:

‘Individuals regress to pre-symbolic psychotic immersion… (the idea that the computer functions as a maternal Thing that swallows the subject, who entertains an attitude of incestuous fusion towards it).’ [1]

The second reaction involves a view in which the aspect of freedom is central:

‘In cyberspace, ‘you can be whatever you want’, you’re free to choose a symbolic identity (screen-persona) … but you must accept representation in cyberspace by a signifying element that runs around in the circuitry as your stand-in.’ [1]

Both reactions towards cyberspace are basically wrong according to Žižek. Instead of choosing one of these visions we should rather take the middle position. This middle position is coined by Žižek as ‘interpassivity’. Interpassivity involves the transfer of activities and emotions onto e.g. an object like an avatar that acts in place of the user. In other words, the user enjoys himself and feel emotions through an object. 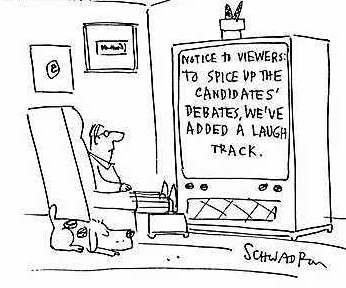 Interpassivity, or in other words our ‘surrogate self’, is explained by Žižek through the example of the ‘canned laugh’. Agency is mediated by auditory technology. We do not laugh ourselves, but the ‘canned laugh’ laughs on our behalf and through this agent we can enjoy ourselves and get some kind of relief.

‘The emotions I feel and “feign” as part of my screen persona are not simply false: although (what I experience as) my “true self” does not feel them, they are nonetheless in a sense “true”, just as with watching a TV mini-series with canned laughter, where, even if I do not laugh but simply stare at the screen, tired after a hard day’s work, I nonetheless feel relieved after the show.’ [2]

When we engage with a game through an virtual object like an avatar e.g. the avatar becomes a stand-in for our real-space selves, a representative of ourselves. One’s self is extended or projected onto the screen enabling agency on to the virtual world. A plurality of shifting selves is created which lead to disembodiment and identities can be build up on a fantasy or dream that user has in real life.

Interpassivity and interactivity are two different kind of ways in which digital technologies position users as responders [3]. Interactivity can be seen as:

The second type of interactivity is the reversal of interpassivity. The user is actively engaged with the game while his avatar is fulfilling the game’s demand. 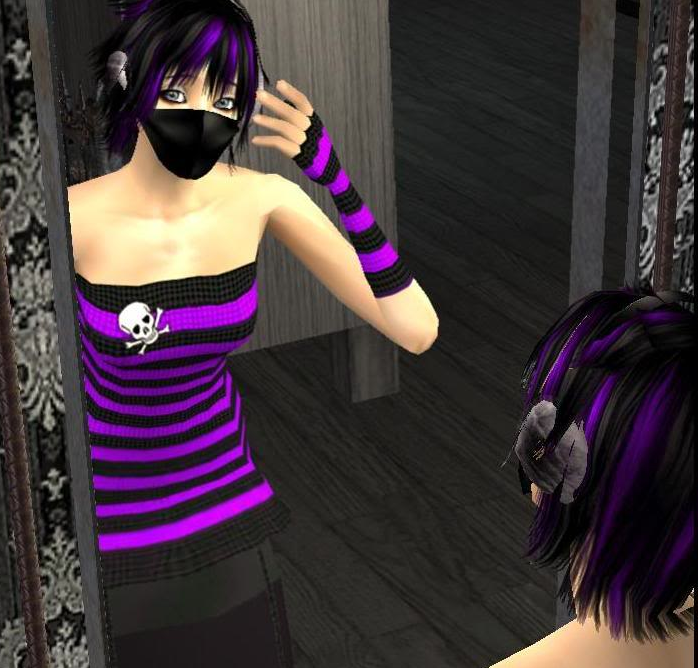 The Sims: when interpassivity comes in to play

The game ‘The Sims’ is a fascinating simulation game in which the daily activities of virtual persons, Sims, play an important role. Objective is to organize the time of the Sims in such a way that they can achieve their goals. Users are encouraged to design their own avatars but there are some pre-made characters you can choose from. Even the type of personality and skin color can be chosen out of a dozen of options. Important thing to point out is that the user is in control of basically every activity that the Sims perform (sleeping, eating, taking a bath, playing, etc.).

Somewhere I always thought of The Sims as being a very interactive game in which I could totally control every aspect of the game. But the notion of Žižek ‘interpassivity’ has shed new light. Instead of talking about interactive usage I speak now of interpassive usage

Through ‘my Sim’ I transfer a little bit of myself onto my Sim. The Sim acts on my behalf and through the Sim I can really enjoy myself. Ofcourse, otherwise I wouldn’t play it anymore. I really can feel sad or happy for ‘my Sim’ and in a way it represents me but I have also exaggerated the Sim a little bit. Would that be like Žižek stated the dreams and fantasies I can not pursue in real life? Maybe…

[4]
Wilson, Laetitia. ‘Interactivity or Interpassivity: a Question of Agency in Digital Play.’ University of Western Australia, 2003.