One hundred seventy four different kind of Local Google websites nowadays exists, including countries like the Netherlands, Canada or Brazil. But also more controversial countries like Afghanistan, China and Korea have their own local Google. Enabling users to search the global Internet or to prefer their local language or local sites above the global. A lot has been written already about the local and global, how results in China for example are censored on Tiananmen Square (Vaidhyanathan, 2009) or how the local French Google does not show websites that emphasize Nazism (Grimmelmann, 2008). Comparing this to other local Google websites and the general Global Google (google.com).

But how global is this Global Google actually? Is google.com really global? Is the result on google.com for example the same in the United States as it is in Australia? And even if this results would be the same, how global are these results? Are the sources evenly divided over a global Internet or can all sources be located into one part of the world? This article is an exploration in this matter and is a search in finding the Global Google.

In searching for local results in the different local Google’s, Esther Weltevrede notes that “PageRank […] might be viewed as a globalizing algorithm developed for Google.com. Google.com might be viewed as the global Google engine” (Weltevrede, 2009), comparing in her article local results with that of a ‘Global Google’. Google itself doesn’t say explicitly that google.com is a Global Google. However, their language Tools page says; “Visit Google’s Site in Your Local Domain” [1]. Indirectly suggesting that google.com is Global because google.com is not in the list of local domains. If this would be true then all google.com’s should give the same results in all countries, I will call this the ‘Similar Global Google’.

If the ‘Similar Global Google’ would exists then how equal are these results spread of the world? In Shaping the Web Lucas Introna and Helen Nissenbaum speak about the politics of search engines and how they prefer certain sites above others. One of these preferences is what they call ‘Location Metric’, “URL’s ending with ‘.com’ may be deemed more useful than URLs with other endings” (Introna and Nissenbaum, 2000). This would mean that the results presented on the Global google.com might not be so global as we think. Websites ending with ‘.com’, ‘.org’ or maybe even ‘.net’ may be preferred in the search results. If this would not be true, then we could speak of a ‘Equal Global Google’. If google.com would both be a ‘Similar Global Google’ and a ‘Equal Global Google’ we could say that there is such a thing as a true Global Google.

The time that I have is not sufficient enough to research google.com from all countries around the globe. I will therefore target Countries that have English as their primary language only, known; the United States, the United Kingdom (geographical in the form of England), Canada, Australia and South Africa. All these countries have English as their official language or the larger majority is English speaking (in the case of the United States, which doesn’t have an official language). All of these countries are not suspected of censorship by the Open Net Initiative, this to prevent the results from being tempered by censorship techniques encountered when connection through a proxy who are using censorship filters on ISP level.

For all these countries I used proxies to simulate my presents in these countries. Because Google is using other techniques to get your geographical location I also changed my Windows Settings to the local settings of the specific country, changing language, geographical location, time zone and other settings[2]. Before using google.com through the proxy I also deleted my cookies and any other temporary Internet files that were still left on my computer. I also made sure that I did not login to my Google account before or during the test.

After making sure that Google was unable to track my geographical location I queried 5 different global search queries on google.com from my simulated locations. The search queries I used are subjects which are being talked about around the globe, namely; ‘Climate Change’, ‘Financial Crisis’, ‘Swine Flu’, ‘Terrorism’ and ‘Human Rights’. From these lists I took the first 100 results and compare them between the different simulated locations, searching for differences and commonalities. This will indicate of the ‘Similar Global Google’ exists or not. After that I will try to track down the source location in order to search for the ‘Equal Global Google’.

First the test with the common websites across all results; although with some queries the results were high, like with the term ‘Financial Crisis’ there was no query were in all countries the results where the same (fig.1). For example, for the query ‘Climate Change’ there were only 49 results that were present on all 5 lists, another 49 were only common on 3 lists and another 47 websites were only common on 2 lists. With these findings I can only conclude, surprisingly, that there is no such thing as a ‘Similar Global Google’. 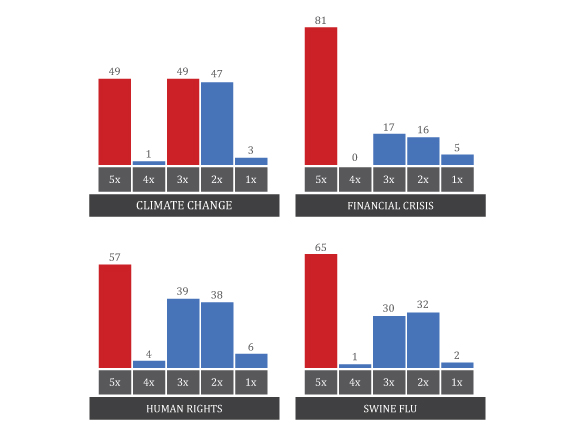 Fig.1: The number of results that are common over all 5 countries for 4 out of 5 queries.

However, when comparing the individual lists with each other an even more surprising results came along. It seemed that the results of the United States and Canada were the same. The same goes for the results of the United Kingdom, South Africa and Australia (fig.2). On ‘Human Rights’ for example the commonalities on the Canadian and United States results were 95%, while comparing Canada with South Africa for example only gave 61%. The South African results compared to the Australian or United Kingdom results however gave a respectable 98% and 96% of common websites that were on all 3 lists. Forming a sort of North-America Google and a Other / Rest of the World Google? 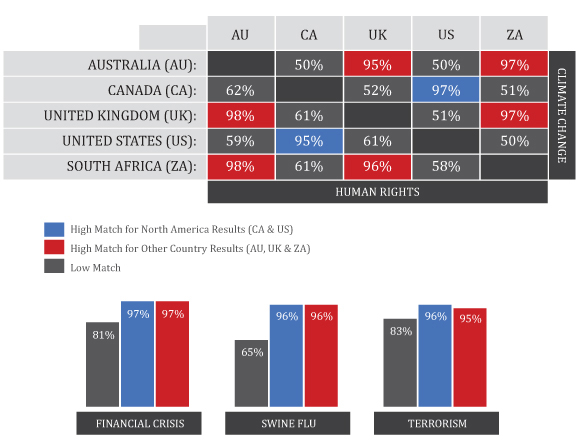 Fig.2: Cross Comparing the results of the individual countries with each other.

Now, my tests are only across 5 countries. Not representing a proper global search. However, it seems odd that two countries, Canada and the United States, who are so close together give almost the exact same results while the same goes for the other countries I tested across the globe.

Fig.3: The seemingly divided Global Google across the Globe.

Searching for the ‘Equal Global Google’ there were no real surprises. As Introna and Nissenbaum already predicted are .com, .org en .gov domains highly represented. There results, however, are questionable. First of all did I do all my querying in English Language, probably excluding websites that were not written in English. Second, there is no way to tell if all .com, .gov or .org domains are from a certain country as other countries are able to register these domains as well. More research would be necessary in order to track the correct source.

Even with the few countries I was able to test I think I can still conclude that there is no such thing as a Global Google. None of the results indicated any common ground to argue in favour of such a Google.com. However, in order to conclude that there is such a thing as a separation between the North American countries and the rest of the world, more research is needed. More countries need to be tested to make such a conclusion. The same goes for the ‘Equal Global Google’, a quick look at my results confirm Introna and Nissenbaum claim of the ‘Location Metric’. Nevertheless more research is needed to see if these sources are actually from a specific part of the world as .com or .org are extensions used all over the globe.