Connectivity, Interactivity, and Extreme Personalization – Zero to Infinity: Behind the Scenes of New Media at IBC 2010 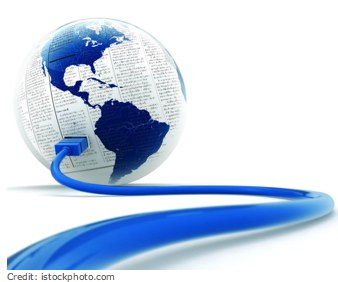 As we’re all aware, our current and future experiences are becoming ever more mobile, connected and interactive — in real-time and all the time. We’re simply always on, connected to people and information, and it’s hard to avoid it (except when you lack internet which I have for the last 48 hours :/).  Mobile internet has bestowed us with access to content wherever we may be – whether on a remote island in the Pacific, on a sailboat in the Atlantic, and now even on most US flights — forever shifting time, distance, and experience and changing our lives forever. And of course, let’s not forget that with all this technology our media consumption patterns are now being tracked more than ever before, leaving a lot of data to be mined by companies and used in ways we would not have imagined.

So what’s next for us consumers?

This past weekend I had the privilege of attending IBC 2010 in Amsterdam, “the premier annual conference and exhibition for professionals engaged in the creation, management and delivery of entertainment and media content worldwide”, as part of De Hoeksteen’s press team. A fascinating experience, it was also the first time I have ever had a real look behind the scenes of all the physical new media technology that enables our rich and social new media experiences.

The opportunity was also a time to peek ahead at all that is in the near future, and the outlook is: more social, access in more places with faster and more interactive technology, and extremely personalized means for delivering content. On demand will only expand, and it is only a matter of time before the web and television merge to deliver us the content we want on the screen of our choosing — tv, apps, personal computers, smart phones, tablets and other devices to be invented (can you already envision a Battle of the Screens?).

Though I have participated in a few dozen educational technology conferences in my professional career, the sheer volume of the super advanced technology there stupefied me. The tech glitz stopped me in my tracks to take a moment and observe the complex reality that goes into making our experiences on the web and tv possible in the first place — from satellite providers to the newest film and broadcast studio equipment.

The hottest item by far on the conference agenda and what everyone was talking about was 3D and super high definition 3D.

The industry foresees 3D as the way of the future, and now that the technology is here, more content will be specifically made in 3D, leading the way for more broadcast providers and manufacturers to develop 3D devices for us to consume.

So the question is: will we as the consumers behave as the technology, manufacturing and broadcasting industry intends for us or will we take the technology and equipment to a new level establishing our own preferences for how, when and on what device we want to consume media, as the people often do? 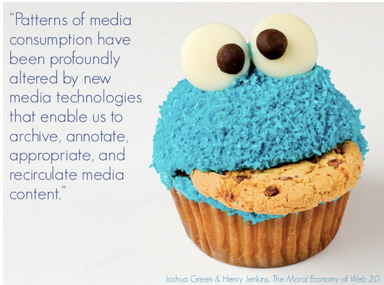