Since I grew up in the eighties, the complete history of videotape which this book starts off with made me visit places I passed a long time ago. At moments the recognition was instantly. For instance I recollect a Monday morning in the early nineties, when I was about ten years old. We were sitting in a circle in classroom. Me, my classmates and a teacher. He asked us which one of us had a video recorder at home. Everyone of us responded positively by pointing our finger in the air. Except for one girl, Melanie,  the teachers daughter. I still remember the teachers suspicious face as a reaction to our enthusiastic response. Later I wondered why he was asking this question. Was he checking his personal normality, or was it just curiosity? At the time I had the impression that he was not really fond on all this ‘new media nonsense’. A few months later, Melanie told me her father had finally bought a video recorder. 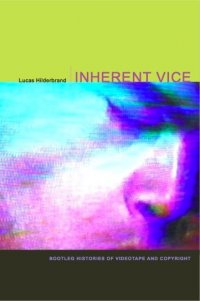 Personal recording from TV took a long way to develop. Finaly in 1975 Sony came up with the successful Betamax, a home videocassette tape recording format. The cassettes contain 1/2-inch (12.7mm)-wide videotape. Met de introductie van Betamax werd .. Soon every Western household was used to ‘time shifting’, the way you could watch your favorite television program at the time it suited you the best. Watch whatever whenever, as the Sony Betamax was marketed. In the first chapter of his book Lucas Hilderbrand outlines a complete history of VHS. Off course he explains the way VHS ultimately won over Betamax and he speaks about the trial between Betamax and Universal. This first part of the book is charming. The way Hilderbrand speaks about the history of videotape is like Romeo speaks to Juliet from underneath her balcony. It is clear that the writer has almost romantic feelings for VHS. He even develops a an aesthetic theory of analog video. He believes that specific video features such as technical failure, wear and repeated duplication and recording form the media itself. The charming way Hilderbrand speaks about the medium makes me think about nostalgic features of the medium like almost needing a manual to understand the manual of your VHS recorder, the hours of browsing at a video rental shop and the fact you know every advertisement that was broadcast on the evening your favorite movie was recorded. Nice, but it distracts the reader from what the author ultimately wants to tell us in before entering the second part of the book.

In the second part of the book Lucas Hilderbrand shows how videotape and fair use offer lessons relevant to contemporary progressive media policy. For instance the Betamax Case – a lawsuit between Sony and Universal in 1984 – determined home videotaping to be legal in the United States. This case was later invoked in multiple peer to peer relater law cases. Hilderbrands end his book by giving the reader some nice case studies, inclusing YouTube.

In my opinion this book is actually two books. The first is a complete history of VHS video, zooming in on aesthetics of the medium and highlighting the inevitable copyright issues of that era. The other book is about current copyright and fair use issues in the light of the Betamax-universal trial, illustrated by case studies. The first book could be placed in the library between books about visual culture and the second in the legal section. Both are actually quite interesting books. Although the first is more appealing to me personally, I learned a lot from reading both of them. The book about copyright just didn’t need this extensive history and aesthetics part and the history book didn’t need the extensive part about today’s copyright issues. It might seem silly pointing it out this way, but I believe by wanting to display his impressive knowledge on the subject of VHS Hilderbrand missed an opportunity to write two very interesting and complete books, in stead of one. Is this a bad thing? No, it isn’t. At the most it’s a shame.

At last, we all know an easy trap to step into for a man in love is not to be critical about his beloved object. Lucas Hilderbrand is not enticed to do that. Although his standing is clear, he remains critical through out the whole book. This book is thus a good academic source for everyone wanting to know everything about the topic of videotape, especially VHS. Both aesthetic and legal  issues.