The issue of social media has recently been discussed and taken up more and more. This concept is starting to substitute the term Web 2.0, at the same time show the directions where contemporary internet goes. Blogs, microblogs, forums, social networking websites like Facebook, Twitter, Flickr are very common nowadays. We live in social media era, where participants have became consumers. While traditional media are becoming less and less important, web 2.0 is getting its peak. One of very important and key elements of these media are social network sites, that are defined as:

“web-based services that allow individuals to (1) construct a public or semi-public profile within a bounded system, (2) articulate a list of other users with whom they share a connection, and (3) view and traverse their list of connections and those made by others within the system” (boyd & Ellison, 2007).

Social networking services (SNS) are no temporary trend among their users. Here you can find list of social networking websites, limited to notable, well-known sites. More and more  Internet users manage their profiles, contact with other people. It has became their everyday life.

I would like here to take up an issue the most popular social networking platform, namely Facebook. Taking advantage of key characteristics of web 2.0, it centers hundreds of millions of people around itself. I can be easily said that Facebook has became the most powerful social networking platform, what has also been presented in various rankings and statistics. It has huge  number of supporters. But on the other hand more and more people have started to see this powerful networking site as a treat, and started to fight with its huge effects. The key arguments for opponents and issues of privacy, its commercial attitude and replacing real human interactions by virtual one.

Recently, numerous alternative platforms,  In response to growing concerns about privacy on the internet, have started. They are for example: Friendster, SocialGo, TrustWorks etc. They are really good ideas, that allow for similar functions as Facebook does. However will they be able to weaken the position of the giant? This question is open to discussion. In this Blog entry I would like to approach the topic treating the platform as a good, commodity.  I also want to use Facebook as an example to give an idea how alternative platforms can struggle with SNS giants.

Why it is so popular, and probably will in the future lead in the field? I would like to put your attention to elements, which (deliberately or by a coincidence) encourage or sometimes ‘make’ people use the platform. Facebook expands constantly, it will be difficult for alternative SNS’s to beat their biggest rival. Maybe Facebook is too powerful for such alternative projects?

Many people have attacked Mark Zuckerberg (the founder of Facebook) and the whole platform for their extreme approach to Privacy (or the lack thereof). Moreover, many influencers including Leo Laporte have deleted their Facebook accounts in protest.  The number of Facebook’s anti-fans such as Sick of Facebook or The Anti-Facebook League of Intelligentsia is growing, however there are still millions of people who are not aware of the treat of the platform. What is more, it is becoming to be believed that Facebook is an essential ( like cell phone or credit card), without which you would be outdated.

Facebook is everywhere. It connects 500 millions of people around the world. No doubts, it is an result of purposeful endeavors of those who stay behind the success of the platform. Facebook is becoming more and more interconnected into contemporary world. Easy example can be given. Recently, numerous models of mobile phones and other technological gadgets, with apps that allow for access to Facebook, have been introduced. 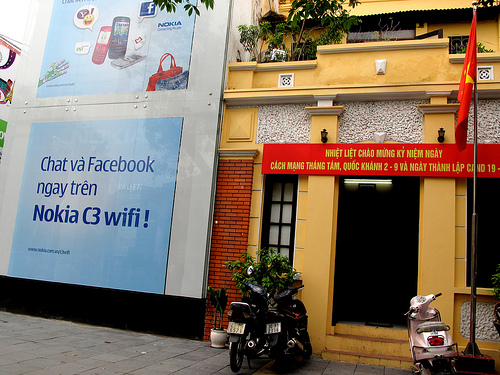 Nowadays, more and more brands or companies use this platform to reach their clients. They realize that this platform allows for cheap, and efficient manner to advertise their goods. So think about it from the perspective of a consumer. If, for example you are interested in some product, visiting company’s Facebook page might be the only way to get certain information about it or to contact a company. 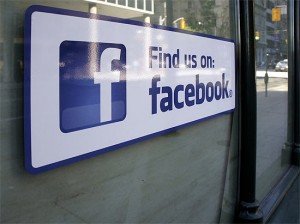 Henry Jenkins (American media scholar), talking about how certain media products (e.g. movie) become very successful on many platforms,  introduces the term ‘transmedia storytelling’ which refers to a new aesthetic ‘that has emerged in response to media convergence – one that places new demands on consumers and depends on the active participation of knowledge communities’ (Jenkins, 2007:21). As the author claims, transmedia storytelling is an art of world making, and to fully experience any fictional world, consumers have to assume the role of hunters and gatherers, chasing down bits of the story across media channels.

“content becomes invasive and fully permeates the audience’s lifestyle. A transmedia project develops storytelling across multiple forms of media in order to have different “entry points” in the story; entry-points with a unique and independent lifespan but with a definite role in the big narrative scheme.” (Iacobacci, 2008).

Facebook also takes part in such a process (deliberately or not). People talk about Facebook, write about Facebook and even make films about it. The Social Network is an upcoming 2010 drama film directed by David Fincher about the founding of the social networking website Facebook. Written by Aaron Sorkin, The Social Network was adapted from Ben Mezrich‘s 2009 nonfiction novel The Accidental Billionaires. Recent film is an another example that the website appears on numerous platforms, praising Facebook’s brand. Such examples are for sure favoring Facebook and will certainly contribute to  huge number of the platform’s users.

Apart from (deliberative or coincidental) endeavors, the company itself improves the working of the platform in order to keep gaining newer and newer users. Here are some new features, found at CNN website, that company wants to introduce in order to (what is obvious) expand its empire.

Buttons ‘like’ are going to start popping up all over the Internet. You indicate (by clicking) that you find the content interesting, relevant or helpful. It means that you would recommend it to a friend. Before the buttons were only on Facebook. Now, they’ll be all over the place.

A consequence of these ‘like’ buttons will be that your friends’ Facebook profile photos will start showing up all over the web. If you see your friends’ smiling faces online, it’s an indication that they have clicked a ‘like’ button on the Web site you’re visiting. These new Facebook features will show up regardless of whether or not you have entered a user name and password on a particular Web site. One overarching thing you might notice is that Facebook is going to be all over the Internet with these changes. Facebook will be everywhere…

I believe that it would not be easy to  break with Facebook. Of course it is everyone’s personal decision. Do you  want to be a member of this huge community? Or maybe you prefer to use alternative sources, that respect you privacy? It is all up to you, but remember that it will not be easy to forget or separate yourself from the platform… 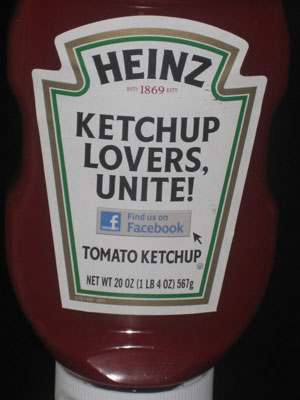 Iacobacci, N. (2008), From crossmedia to transmedia: thoughts on the future of entertainment available at http://www.lunchoverip.com/2008/05/from-crossmedia.html

O’Reilly, T. (2005), What Is Web 2.0? Design Patterns and Business Models for the Next Generation of Software, article available at http://www.oreilly.de/artikel/web20.html

Sutter, J. (2010) What you should know about Facebook’s changes, accessed at http://edition.cnn.com/2010/TECH/04/21/facebook.changes.users/index.html