When signing up for a service or installing software, have you ever read privacy policies that you had ‘to agree’ with in order to continue? You surely agreed, but what you have agreed with is probably a mystery. The fact that consumers deliberately do not pay attention or put effort in understanding privacy policies is a common idea as Stevenson (2005) shows in his ‘Whatever Button’ project. When the privacy policies show up ready to be checked by the consumer, one simply scrolls down without looking, or clicks through the ‘I agree’, ‘I confirm’, ‘I accept’ button in order to receive the product as soon as possible: throughout the interactions in between, one would say; whatever. Companies deliberately make privacy policies not a Shakespearean-like poet to read, but rather a humongous text filled with jargon that even a law professional thinks is a horrible grind to understand. In this way, data about the body is increasingly flowing away from the individual it belongs to, resulting in some interesting developments such as new ways of perceiving identity.

In the exploration of a lot of the theories on control and surveillance, I was mainly focused on the consumer surveillance, the realm where the digital shopper is being scrutinized by the digital shop owner. Doing research in this field gave me a lot of insights that I find quite adequate to use on analyses’ of social media and web 2.0 objects.

One of the most powerful ideas on doing web 2.0 research has come from the Digital Methods Initiative and Rogers (2009). In the consumer surveillance, marketers scrutinize and utilize data that they retrieve from shopping behaviour: even anonymous data can be useful, which means that demographic data like ‘name’, ‘age’, ‘income’, ‘location’, etc is missing. While consumers and users increasingly try to be anonymous (who is happy to fill in their real phone number or address when signing up for a bonus?) companies have found new ways to assess their consumers and users. DMI and Rogers (2009) give the idea of post-demographics. Whereas the traditional demographic assessment is ‘bio-political’, which focuses on governing bodies, post-demographics tries to be more ‘info-political’, which focuses on getting certain information to certain people (2):

“Where of interests are not the traditional demographics of race, ethnicity, age, income, educational level or derivations thereof such as class, but rather tastes and other information supplied to make and maintain an online profile […] from a post-demographics perspective, the profile lies at the core of research into social networking sites, as it provides information that moves beyond the demographic, organized according to ‘interested’ and ‘favorites’, with more specific sub-categories as brands, music, movies, animals, etc.” (Rogers 2009: p. 4-5) 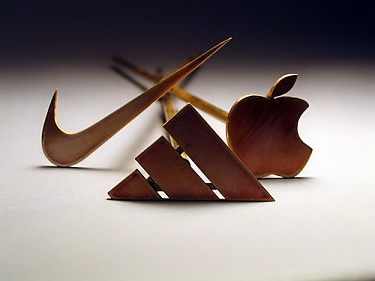 Lot of theorists had similar ideas on redefining identity; one of them was David Lyon (2002). In what he calls ‘the phenetic fix’, corporations capture personal data that is triggered by consumers and these abstractions of their personal data are then used to place these individual in new social classes of income, attributes, habits, preferences or offences (remark that offences are not there in Facebook as it thrives on positivity), in order to influence, manage or control them (3). Thus the consumer is not approached as an individual living in the physical world, but rather as an abstraction of pragmatics, mainly focused on what type of consumer he is. Of course, the marketing effect is obvious. Social networking sites give their users a way to distinct themselves from others by providing them an option to ‘like’ certain brands or be part of certain ‘brand groups’ by literally branding themselves and at the other end they can intrude their profiles with highly targeted ads. Users are redefined by brands and alike, something we see in recommendations systems such as web shops: “this customer bought the same book, but he also bought this CD, would you like it too?” Who is this other guy? All we have in common is that same book, does that make him similar to me? Do we have the same taste?

While answering these question, it comes down to what is the best way to analyse the user-generated web 2.0 recommendation systems or social networks. Of course the utopian way is just like that of Zwick & Dholakia (2004) to hack their database and see how our data is being used. They plead, just like Lyotard, to “give the public free access to the memory and data banks”. Certainly, there are some developments that start giving the public access to data like the ‘Why is this recommended to me?’-button of web shops or even the iPhone application Appie, which shows in some sense what kind of data is stored on one’s loyalty card.

Where a lot of companies only have the behavioural data from their users, like Google, Facebook has the unique ability to have the behavioural data and also the real demographic data. Facebook in the future could be trying to use this unique skill to take over the Internet search and ad market from Google (Vogelstein 2009). With Facebook Search, the company gets maximum value from the fact that its users find Facebook a trustworthy, sanctified place to talk and meet with their friends. As Vogelstein puts it, why use Google or Amazon to recommend you what to get while you could use Facebook Search to see what your friends suggest?

Tags: ads, facebook, google, internet search, recommendation systems, social networking sites, user-generated, web 2.0
2 Responses to ““The customers of this product also bought this, would you like it too?” [x] Not interested”
Leave a Reply
This blog is protected by Dave's Spam Karma 2: 2705362 Spams eaten and counting...