Create the change, become a Twitizen, fight injustice and eff the system. Revolution here and revolution there. Everywhere we hear about how social media and micro-blogging has brought about a tremendous change in the organization of social movements and political activism. We constantly get to hear about the so worn out issue of “Twitter Revolutions” all around the world and the news praising the immense effect that the influential social media movement is having on governance and political change. But where exactly is the revolution? It is lost somewhere along the way.

As the sociologist Jeff Goodwin wrote in his book No Other Way Out: States and Revolutionary Movements, 1945-1991 a revolution is “any and all instances in which a state or a political regime is overthrown and thereby transformed by a popular movement in an irregular, extraconstitutional and/or violent fashion.” […] “revolutions entail not only mass mobilization and regime change, but also more or less rapid and fundamental social, economic and/or cultural change, during or soon after the struggle for state power.” (9)

Overthrowing governments, regime change and fundamental social transformation – there is no social media tool that has ever been able to achieve that. I agree upon that micro-blogging tools such as Twitter are filling gaps in news media coverage, as can be seen in the recent case of “los Twitteros” in Mexico in the turmoils around the Mexican drug war. Tweeting may raise public awareness and emotions on the issue – but has this ever lead to any substantial change? As the musician and poet Gil Scott Heron put it in his song The Revolution Will Not Be Televised:

In his latest piece, published in The New Yorker last week, the author Malcolm Gladwell, says we cannot speak about social media provoking revolutions. Writing on the misinterpreted power of micro-blogging he puts it very clearly by saying that “the Revolution will not be tweeted”. Real groundbreaking changes and revolutions in systems demand strong ties between people and the sacrifice that is required for actual change cannot be found inside Twitter or Facebook. 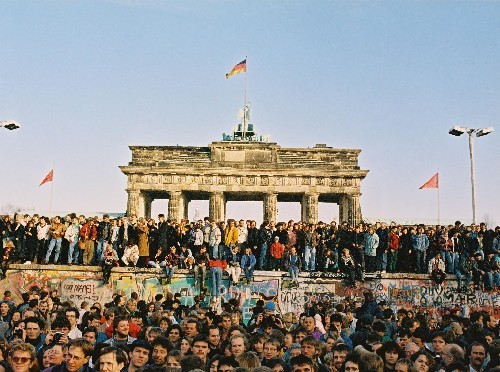 According to Gladwell, the civil rights movement in the 1950s and 1960s and fall of the Soviet Regime were so successful in bringing about real fundamental change as they can be accredited to strong ties between people, which Twitter cannot be as it is built around weak ties of users that may have never met in real life. Social movements require a hierarchical structure and organising, not a flexible networking structure amongst tweeters:

“The opposition movement in East Germany consisted of several hundred groups, each with roughly a dozen members. Each group was in limited contact with the others: at the time, only thirteen per cent of East Germans even had a phone.“

In an interview with dctp.tv,  the founder of the word “Twitter Revolution” and researcher Evgeny Morozov states that there is a doubtful interpretation of social media tools nowadays. Mobile phones and micro-blogging have certainly made political protest more visible and the distribution of information easier, but the Internet as a space of political engagement can also distract people from real change in the long run –  founding a Facebook group will not lead to any fundamental change in society or as he says: “The number of tweets doesn’t have any influence”.

In his book “Here Comes Everybody: The Power of Organizing Without Organizations”, the author Clay Shirky recounts how social tools, Twitter and user generated content alter group dynamics nowadays into weakening the role of former and traditional organizations and institutions:

It’s when a technology becomes normal, then ubiquitous, and finally so pervasive as to be invisible, that the really profound changes happen. (105)

Morozov critically discusses this issue of social media giving power to revolutions, as he also states that the pictures published and tweeted by demonstrators might have actually prevented other people from going on the street and joining the protests as everyone could see how dangerous the riots are. Nevertheless, some even go that far as to propose a nobel prize for Twitter for its efforts in Iran. Former U.S. national security adviser Mark Pfeifle stated that “without Twitter the people of Iran would not have felt empowered and confidant to stand up for freedom and democracy.”

Now, can we really go that far to say that advocacy and policy making is happening online nowadays? Golnaz Esfandiari, a Senior Correspondent in RFE/RL’s Central Newsroom and editor of the Persian Letters blog calls the hype around a revolution made by tweets a “Twitter Devolution” as the majority of tweets actually came from abroad and the Washington Post editor Anne Applebaum states a “Twitter Revolution That Wasn’t” for the case of Moldavia, where the organization of riots has been accredited to tweets and SMS after rigged elections in April 2009. Gladwell follows and says the revolution cannot be tweeted:

“If Martin Luther King, Jr., had tried to do a wiki-boycott in Montgomery, he would have been steamrollered by the white power structure. And of what use would a digital communication tool be in a town where ninety-eight per cent of the black community could be reached every Sunday morning at church? The things that King needed in Birmingham–discipline and strategy–were things that online social media cannot provide.“

As a tool for real-time communication and a vehicle for in-the-moment information sharing, micro-blogging can be suitable for covering leaks in mainstream media news coverage. However, in the case of political action, there is an overblown hype on micro-blogging that misinterprets the function of these communication tools as revolutionary per se. Twitter can be a tool for keeping a diary online, following online acquaintances and celebrities, complaining about products or advertising them but it is not a tool for solving complex problems in society – it is a mere communication tool, and therefore, it does nothing on its own.

Heron, Gil Scott. “The Revolution Will Not Be Televised”. [cited October 10th, 2010]. Available from: http://www.gilscottheron.com/lyrevol.html.

Shirky, Clay. 2008. Here Comes Everybody: The Power of Organizing Without Organizations. New York: The Penguin Press.