Most people think Twitter was “created” in 2006. These are the same people who think Richard Gere created Buddhism in the 1990′s, just before Madonna created yoga. Folks, like the sun, moon, and stars, Twitter has always been.

This is what you can read in the ‘about’ page of the ‘Historical Tweets’ website. The idea is simple but captivating: what if Tweeter was available as a social platform by the time fellas like Jesus Christ or Gutenberg were around? Which kind of alternative Beatlemania could have arisen around the Fab Four, if anyone of them was just able to share his very thoughts directly with millions of fans worldwide? Midway between uchronia and creative media archeology, this project (along with similar initiatives like “Homer’s odissey in tweets” or “50 funniest historical tweets of all time“) is not only a perfect candidate for the Internet Meme Database, but it also stimulates some reflections about the website itself. 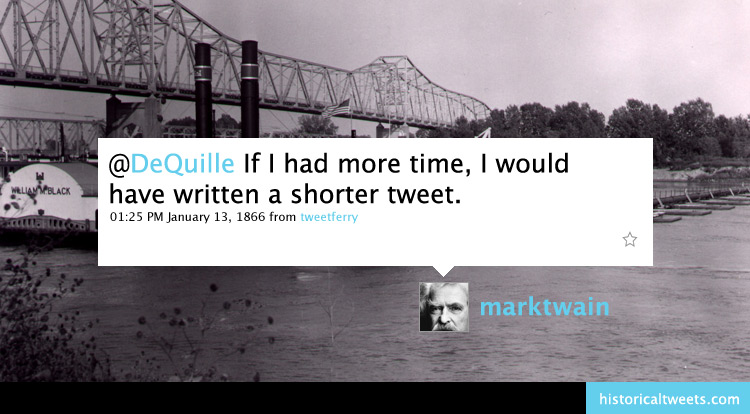 For example, we can think about an emerging trend of Twitter art (Twittart?), a way of using features and limitations of micro-blogging to develop unexpected (visual) narratives. As in the beautiful piece above, the interface of Twitter can be completely hacked offline – note date and device listed – and redistributed as a viral image; but we can also choose to play an online displacement, acting like God, the Dalai Lama (who is really writing his [holiness] twitts?) or simply redistributing old famous aphorisms by means of a vicarious homage profile (welcome back, Oscar!).

At the same time, instead of freely sharing “what we’re doing”, our point of view about Tokio Hotel or a couple of compressed links (that actually send the reader away from the twitter update, although now he’s finally allowed to remain on the same page while looking at them), by summarizing a whole historical character/event in a single witty sentence we’re instantly involved in a real aphoristic challenge. We should convey the best possible meaning sticking to the tweet container, and eventually this could be a start to develop a personal style. Curiously enough, indeed, it’s quite difficult to find high-quality brand new aphorisms in Twitter, although they’re probably there – somewhere.

Tim O’Reilly, in a post dedicated to this question, writes:

It occured to me that Twitter, with its 140 character limit, its dialogue between people who may be rivals as well as friends, is a breeding ground for the rebirth of repartee and of the aphorism and epigram. So I started keeping track of some of these sparks of wit (…) I only follow a few hundred people out of millions of Twitter users, so I’m thinking that there must be tens of thousands of great lines waiting out there to be captured into a book of Twitter one-liners.

Meanwhile, twitter brilliance manuals are appearing on the market (it’s interesting to notice that in the past the ability to spontaneously produce aphoristic sayings at exactly the right moment was a key determinant of social status), as well as big chapters of modern literature or history can be reworked in an easy-to-digest twitterature (something similar to Gombrowicz’s stenographic “Guide to philosophy in 6 hours and 15 minutes”). 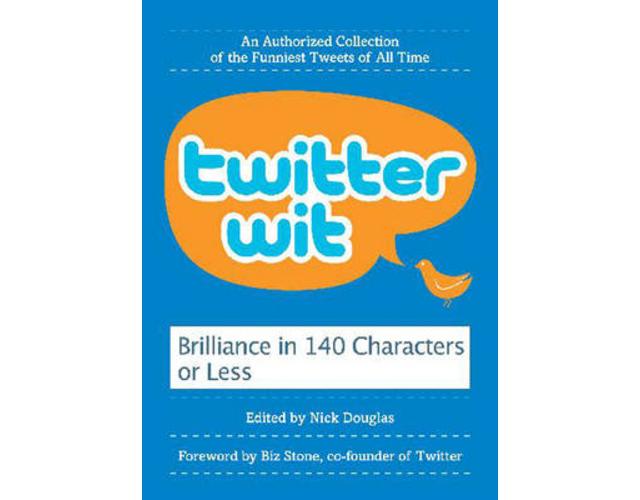 Could a new media wisdom, in the end, emerge from this collective (maybe conversational) remediation of the noble art of brevity? According to philosopher Tom Morris, authour of a book entitled Twisdom:

Twitter is not mainly about telling the world, or your forty-seven followers, what you had for lunch. And it’s not just about Ashton and Oprah, or who can attract the most followers the quickest. It’s about building a new form of community. It’s about learning. It’s about support, inspiration, and daily motivation. And it’s also about fun. But the most important aspect of Twitter may be that, if you do things right, you begin to surround yourself with an incredible group of people eager to share their best questions and insights about life. They’re all looking for new wisdom and hope. Twisdom is the result.

Maybe it’s too optimistic as a perspective, but if Twitter can be retraced along history & history reimagined in a Twitter taste, it’s definitely time to envision a future Twitter history. We’re already familiar with highly debated political issue or marketing strategies around the most famous microblogging site; maybe some cultural or serendipity hint is on its way, too. Above all, as Samuel Taylor Coleridge puts it in a wonderful short sentence:

The largest and worthiest portion of our knowledge consists of aphorisms: and the greatest and best of men is but an aphorism