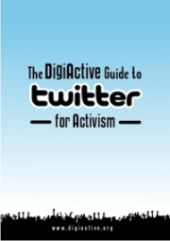 Activism has been around for centuries: Revolts, revolutions, coups, etc. have all taken place through the entire course of  human history. These countercultural movements have always been in need of some sort of platform to get organised on. Be it a marketplace, postal pigeons or an underground resistance newspaper, the need for communication in these resistance movements has always been one of their key aspects and usually the success rate of the entire operation depends on whether or not the communication lines were utilized properly.

Just as an example, think of the Cuban revolution of 1959: It was not the 80 rebels that Castro led into the country that overthrew Batista’s regime, it was the radio station, Radio Rebelde, that convinced thousands of Cubans to come to the Sierra Maestra where the rebels were hiding to join the revolution. This is a prime example of media activism; Using media technologies for countercultural purposes, in this case the mobilisation of a rebel force. Of course we don’t live in the ’50s anymore, and a lot has changed, economically, politically and not in the least place in technology. This however has not changed the activist possibilities of media in general.

Since its launch in 2006 and especially since it’s boom around 2008, Twitter has been hot business. Every politician, corporation and television show wanted a piece of the Twitter Pie as it was hailed as the “Next Big Thing” in the evolution of communicative media. As the image you can see above shows,  activists have now also found this medium and appropriated it to suit their purposes, whether it be in the Iran revolution (or was it really?), Moldova or wherever, according to this guide you can and should use twitter to get your own revolution rolling:

“Right now, one of the biggest challenges for political activists is getting news out on events that are relevant for their cause but not yet on the radar of the traditional media. Often traditional media outlets are not interested in the stories activists wish to promote. Through Twitter, activists have a new channel to spread news around the world, even while events are still unfolding.”

This all sounds VERY familiar of course. How about that is what EVERY grassroots initiative is struggling against. Now of course there was an online grassroots movement way before 2006. Activists have been using sites/services like Indymedia.org, E-petitions and open source initiatives ever since the founding of the Web. In 2002 Sandor Vegh, self proclaimed cyber-activist and writer of several pieces on online activism, classified in 2002 three distinct kinds of internet activism:

These points are copied by Martha McCaughey and Michael D. Ayers in their book Cyberactivism: online activism in theory and practice. What I think is very peculiar is that as far as I can tell Twitter covers all three points. It creates awareness through channels the mainstream media don’t generally use. It is used to organise protests as well and it is one of the most efficient places for snowballing a small topic into a giant beast if the proper channels are used. I would like to find out how Twitter would hold up as a grassroots activism tool according to writers like McCaughey and Ayers but also Kevin A. Hill  and John E. Hughes (1998).

What I find so fascinating about this is that all these pieces written around the millenium change are about initiatives, sites and communities that are kind of closed off, that is to say, one only visits indymedia.org if he or she is interested and involved in that community already. Now Twitter is of a different kind, people run into one another here and while 80 percent of the content on twitter is either ‘conversational’ or even merely ‘pointless babble’, the fact that the site is a perfect place for the three points I mentioned before means I should be able to use the medium for my own personal revolution.

I found a piece on how to build my own activist network in the tradition of indymedia.org and I’d like to see how this would work out if i try to use twitter. In essence i’d like to combine the manuals for digital activism of 2010 and2004 to see what’s changed, what stayed the same and whether or not twitter could be our new Radio Rebelde.