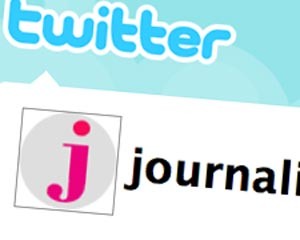 The role of the journalist has been changed, or some would argue that it is not there anymore. How is democracy functioning with all the social media around us? Twitter is a powerful tool for politicians to get in contact with the public, but where is the journalist?

In the last six decades, the journalist has turned from a forwarding machine to an aggressive filter. Journalists evolved from a lapdog into a watchdog (Brandts 2009). In the Netherlands you had the ‘pillarisation’, which points out to the segregated society, divided according to different religions or ideology. Each pillar had its own culture within the culture. They had their own newspaper, political party, banks, schools, probably even their own baker. The only role of the journalist was to distribute the messages from their politicians to the citizens in that pillar. To ‘forward’ the messages, no questions asked. Nowadays, this sounds like something you would only find in dictatorship societies like North-Korea or maybe communist China, where politicians can use the media at their own will to indoctrinate the public.

When the pillars broke down during the sixties, the role of the journalist changed. While earlier he was just a forwarding tool for the politicians, their lapdog, they now tried to analyse and inform the citizens, sometimes by giving some critiques. Even later in the 90’s and after, the role of the journalist changed in such a way that the ties with the politicians were broken. Instead of forwarding the message, or sceptical analyses of their information, they were here to check on the politicians and their agenda. Are they telling the truth? Are they going to do what they promised? Journalist seem to aggressively trying to reveal the underlying agenda or secrets of politicians, something you see every time a journalist searches the trashcan (Dutch link). Being a filter is a good thing. Journalists are informing the public and it is good to know that there are people who check up on the decision makers. In a democracy, it is important that citizens, the voters, are objectively informed. Being objective has turned out to be the most important feature of the journalist. He has turned into a watchdog.

Now how has Twitter changed the way democracy works? I would say that it certainly personalised the politics. Just like the television in the fifties, social media has given the politicians a way to express themselves as much more human. According to Zhao and Rosson (2009), an important effect of microblogging is that they feel more connected with others. There is a level of familiarity that comes from reading posts, even from strangers. A lot of active Twitter politicians tweet stuff like “I need coffee in the morning”, something that makes them ‘just people’ as everybody else.

This development has pro’s and cons. It would agree that humanizing and demystifying politics gets more people involved. Twitter is a great tool to get people involved in the public debate, which is a big plus in a democracy. On the other hand, don’t forget that politicians don’t give objective information, they give information that tries to get you over the line to vote for them. What users tweet or retweet is inextricable tied to the goals they have related to self-image or self-promotion (boyd, Golder & Lotan 2010). In humanizing and communicating through Twitter, the politician comes a lot closer to you than ever before. While you read his most trivial tweets about how his waiting line is again slower than the one next to him, you think “Hey, he is human too!”. In doing so, he somewhat becomes a friend of you in your social Twitter network. The danger is that you tend to believe the things your friends say more than what strangers say.

Another misunderstanding of why Twitter is helping democracy is that it enables the discussion between the politician and his citizens. The possibility to have more conversation due to social media like Twitter is exaggerated. Because with the Twitter system, social media isn’t much different than just regular mail. The White House gets 20.000 letters a day and Obama is only going to read ten of them, let alone responding. It is imaginable that with Twitter, a politician gets hundreds of thousands of tweets surrounding him or his topic everyday. How much will he be able to read? How much will he able to respond to? He is just a human too, remember?

Now let us return to the journalist. Obviously, the tweets (and so his ideological messages) of the politicians get in front of the eyes of the public without a journalist checking on the facts first. The 140-characters constraint doesn’t mean it has to be a limitation, but it sure can create a lot of misunderstanding. boyd, Golder & Lotan (2010) describe the broken telephone effect when due to the constraint of 140-characters, tweets are miscommunicated when they get retweeted and consequently Twitter becomes gossip. Misinformation can spread through Twitter, either through alteration or misinterpretation. One misinterpretation follows up the other and the message is corrupted as it spreads. Of course this accounts for political messages as well. The journalist was the way to prevent this, but with the direct and instant messaging of Twitter, there is no way for the journalist to come in between. Also, according to Alfred Hermida (2010), the amount of information Twitter delivers is too big for the journalist to oversee. Hermida comes with an idea of Twitter as ambient journalism. In ambient journalism, citizens are producing small pieces of content that can be collectively considered as journalism. So while the parental role of the journalist is diminishing, the public is hopefully evolving to become the watchdog that watches over itself. He should take into account the ideological background of a tweet and every time negotiates with himself what to believe and what not.

Zhao, D., & Rosson, M.B. (2009). How and why people Twitter: the role that micro-blogging plays in informal commucation at work. In Proc. GROUP. ACM Press.