Journalism 2.0 – A Field in Transition

Let’s say it is Friday night, 7pm. All shops are closed and every normal working person went home to enjoy the weekend. Some people are heading home for dinner with their families, others are having drinks with friends. And then comes the Big Bang: Paris Hilton and her dog die in a car crash. Most certainly, tomorrow’s newspapers are going to write about it. And even more sure, everyone will already have read it online or watched it on the news. And this is just one of the several reasons why tomorrow’s paper is already so – oh, so yesterday today. 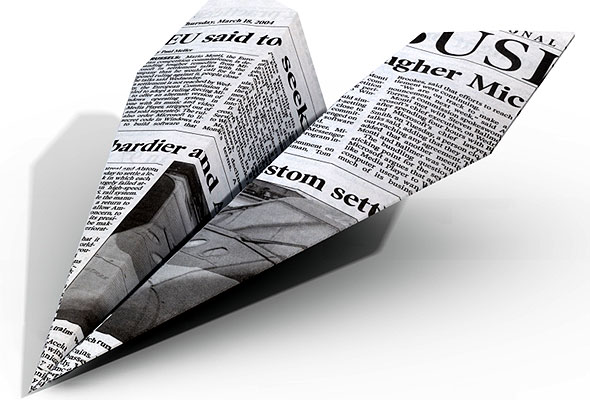 Journalism in the digital age – A field in transition

Speed is just one issue amongst others that show how digital publishing challenges newspaper journalism into completely new tasks. The act of constantly updating the news is one side of the coin that can easily be accomplished with new and fast publishing technology online, whereas meeting the need for new revenue models for newspapers forms a more significant challenge: Declining revenues on advertisement on the one hand and high costs of investigative research on the other are forcing newspapers to cut costs and staff. Who is going to pay for well-written articles and investigative reporting in web 2.0? Just think of how much we got used to free content on the net by now – why should we pay for a good quality article online if another one is available for free and just a mouse click away? Introducing micropayments à la iTunes (paying a certain price for an article of interest) might be a way to reward a journalist’s work, but as long as there will still be other competitors offering the content for free, this won’t do either.

If it wants to be read, it has to be found – hello, link economy!

In What Would Google Do?, journalist and author Jeff Jarvis points to the fact that newspapers business models are moving a from a content economy to a link economy. Thus, news gathering 2.0 mainly happens through networking sites, word of mouth and link-sharing online. Newspapers will not only have to ‘Googlethink’ and open up their content, but also deliver unique content and link to others:

“News organizations can no longer rely on the idea that the world will beat a path to their door. People are finding their own ways to news through no end of new routes: friend’s blogs, aggregators such as Google News and Daylife, collaborative news sites such as Digg, feeds on Facebook or Twitter, apps on mobile phones, and who knows what comes next.” (126)

So how do we, the generation of social networks find our way to the news then? As an American student states in the New York Times: “I’d rather read an e-mail from a friend with an attached story than search through a newspaper to find the story.” Is this how we consume newspaper articles nowadays?

Journalism and Google – a promising relationship

In order to be read online, a newspaper article has to be found. Agreed. So what about using a search engine like Google for optimizing the findability of newspaper articles online? Why not manipulate a headline so it can be found easier on Google? David Carr gets to the heart of it in his column in the New York Times: “When I scan my list of aggregated articles in an RSS feed, looking for information that I seem to need to know right now, I am ruthless: the obscure, the off-beat, the mysterious, frequently go unclicked.” It’s a circle: the headline that appeals to more readers gets more clicks, ergo gets more advertising revenue. As Carr states in his article, the Huffington Post sometimes tries out two different headlines to see which one the audience is more responding to. An example: “How to Reduce Your Oil Footprint” did better than “How to Say No to Big Oil and Reduce Your Oil Footprint.”

Journalism 2.0 –  not about “running a newspaper”

Digital publishing has drastically changed the notion of news gathering and dissemination of content for newspapers. It is not only giving rise to new digital ethics and publishing technologies (live blogging, user participation, live videos) but it has also given way to questioning journalistic opinion as an authority in society. Can we still think of journalists as ‘opinion leaders‘ nowadays? And also: How much of all this we can find online is still unique reporting and not just a copy-paste of news agency reports? In the face of rising citizen journalism: What information is trustworthy, what is just trash?

Our generation is constantly recommended things, it goes through links and word of mouth. Everybody can run a blog and share their opinion nowadays, but does this make the work of professional journalism obsolete? I don’t think so. We might not need to have newspapers, but we need journalists that distribute, investigate and comment on significant issues of society.  However, as the business of journalism is forced to ‘googlethink’, cut costs, build its content around advertisement and cope with new linking patterns and competition that is ‘just a mouse click away’, the line for journalism 2.0 always needs to be drawn between good and bad journalism, in-depth research and trash.

Jarvis, Jeff. 2009. What Would Google Do? New York: HarperCollins.