Digital Comics: Not as Invincible as They Could Be

As a Toronto born comic book fan, I’ve probably visited my local comic book shop, Cyber City Comix, once a week for the last fifteen years. Every Wednesday I would go by and pick up the latest issues of Batman, Green Lantern, and the Avengers. The owner of the store, Darryl and I would shoot the shit, discussing our recent travels, and the newest superhero movie that Hollywood butchered. Upon deciding to move to Amsterdam, Darryl and I had an interesting conversation about digital comics. He asked me if while I was in Amsterdam, if I would find a local comic store for the year, or if I would go digital, and download my comics online? This was a very good question, and this blog post is my attempt to answer that question. 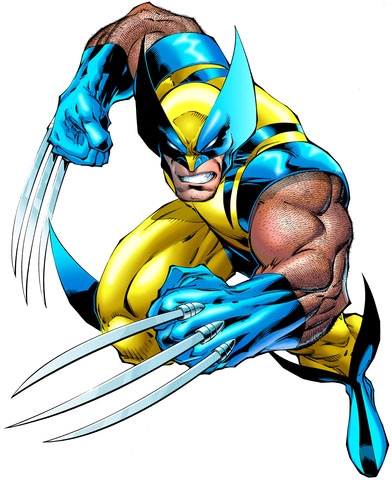 Digital comics first emerged as an avenue for independent comic book makers to release their content without having to go to one of the majors (Jones). For those that don’t know, DC Comics owned by Warner Bros. and Marvel Comics owned by Disney are the heavy hitters of the comic book industry. Historically writers who submitted their characters, storylines, and ideas to either DC or Marvel had to be willing to part with ownership, as both reserve all intellectual property and copyrights to anything they publish. Currently Marvel no longer accepts submissions (Marvel.com), and DC only accepts submissions through their Talent Search program (DC.com). Seeing as most independent writers and artists are not interested in giving up these rights, and submitting work to the majors has become even more difficult, the Internet has quickly developed into the perfect distribution method for independent comics.

Digital Comics: The Medium
At first most online comics were presented as webisodes (Jones), and were not reflective of what a traditional comic book looked liked. This changed when DC and Marvel entered the digital comic industry. Both companies wanted to simulate what it was like to read a hand-held comic, so they developed a variety of .pdf and flash online comic readers that could allow the user to turn a page, zoom-in, or have a specific panel appear to jump off the page.

This quickly lead to open-source enthusiasts, and independent comic distributors developing a similar format known as a Comic Book Archive file, or .cbr. This has become the unofficial standard for digital comics, and has spawned a variety of open source digital comic readers like CDisplay, ComicRack, and HoneyView. Recently there has been a trend to increase the mobility of digital comics by making them available on hand-held devices, but this has been received with a luke-warm reception at best. A contemporary comic is 17 x26 cm, an iPhone 4 has a screen that has a 8.89cm diagonal, while a Blackberry Bold has a screen that has a 7.11cm diagonal. Even with the feature to zoom in, neither even comes close to simulating a real comic, as images are too small, and the text is difficult to read. One notable success for reading digital comics is the iPad. If you are able to conquer the steep price tag, the iPad provides a screen that has a 25 cm diagonal, text is perfectly legible without zooming in, the touch feature makes it easy to turn pages, and the colours really pop (cnet news).

Each comic publisher has characters and titles that are exclusive to their brand. Marvel totes Spiderman and Wolverine, while DC swings around Batman and Superman. Many non-superhero comics exist, and share the trait of being tied to a specific publisher. Currently the majority of digital comics that are available are either new independent releases, or major super hero releases (Jones). This ignores a whole side of the market that reads fantasy, political, and other non-traditional comic book topics. Despite what you read, most comic book enthusiasts select characters, and stories from a variety of publishers. Aside from the aforementioned .cbr open source format, most publishers have their own exclusive format, that only works with their own software/readers. That means that if you want to read Superman, Spiderman, and Night Owls you will need three different pieces of software, definitely not the most user-friendly approach.

Price
The average price of a mainstream digital title is about $2.99 USD (Marvel.com, DC.com). The price for the same comic in stores is about $3.99 USD (Marvel.com, DC.com). Although you are saving a dollar an issue it is still alarming to see an only 25% reduction in price, because a digital comic cannot appreciate in value, and you are not retaining a physical copy. A physical comic may appreciate in value, depending on the significance of the issue, and you also have the benefit of adding the physical issue to your collection. Most comic readers are also, comic collectors, so the current pricing does not encourage traditionalists to adopt this new medium. There are some positives to be acknowledged, as digital comics cannot be physically damaged, and therefore maintain their literary value when stored for future reading. Also independent titles can be found for free or around $0.99 USD (Comixology). This is much more reasonable, and encourages new readership both of the digital comic medium, and of the stories being offered at these rates.

My Assessment
After a lot of thought, experimenting with digital comic readers, and budgeting, I have decided that I will not be switching to digital comics, yet. This decision has to be made for each reader individually. As the majority of comics I read are mainstream superhero stories, I cannot justify paying practically the same price for a digital copy and not walking away with the physical book to add to my collection. My decision is also a product of my environment, I am currently completing my Masters, and a student budget has left me with little disposable income to put towards comics, or the setup costs of an iPad. If I were to read digital comics (based on the current market’s products)  I would only do so on an iPad, as in my opinion it is the only digital experience that comes close to the real thing. Despite sticking to traditional paper comics, I must acknowledge it was not an easy decision, and there were definitely some factors pushing me towards the digital. All of the comics I am currently reading are available in digital form. The convenience of downloading the comics without physically visiting a store has to be acknowledged, as well as the ability to store thousands of comics on a single hard drive. If the price of an individual digital comic decreases, or if I develop a large increase in my disposable income, it wouldn’t take me long to make the switch. It is unfortunate that these are the circumstances that have led to my decision, as comics were traditionally an inexpensive form of entrainment that were accessible to all, despite budget. In any event, everyone should experience shooting the shit with their local comic book guy and that is one thing that cannot be digitally reproduced.