…belongs to bits and bytes 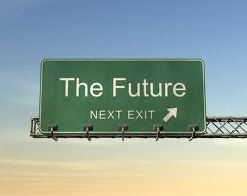 There is a huge discussion going on about the future of the e-reader. Whether ‘the e-readers are capable of replacing books, magazines and newspapers‘. Or ‘are the e-readers worthy opponents to reader Apps on mobile devices or netbooks‘. Or ‘what about the battle between the e-reader and the iPad‘? The e-reader is currently with no doubt a hot topic, but in my opinion it is still far away from becoming a product for the mass. It is now in a state of constant evolution and progress, several technologies are emerging to compete to be the e-reader screen of the future. According to research firm DisplaySearch this market will be worth US $10 billion by 2018, plus an annual growth rate of 41 percent. So there is still much we can expect from this direction. For the time being I don’t think e-readers will replace any printed media, yet. The e-reader so far has been looked at as a substitute product instead of a complimentary product. And since my expertise and knowledge doesn’t expand itself to the field of the e-reader or e-book I would like to skip this topic and move further onto a much broader field.

Let’s say: the digitized future? We are about to enter the digital era, as we see all around us each part of our society is in a process of being digitized or has already been digitized. Every single branch of our civilization is swallowed by this stream of bits and bytes; government, education, health-care, culture, religion and more. Even traditional games, which have mostly been locally run (note: I’m not taking online gaming into account), can now be accessed through the internet: gaming in the cloud. Laurent Hubeek wrote his article Gently Down the Stream: Advances in the Digital Distribution of Video Games about this concept.
So everything will be online and mutually connected to one and another. Eventually resulting in a completely digitized world where everything is connected together in one sphere.

Characteristics of the digital era [from Ray Kurzweil on ‘Our Technological Future, Immortality by 2023‘]

The only thing that holds this digital era back is the lack of technology, never in the history of human kind we have seen technological progress going so fast in such a short period. We can now find ourselves on the verge of these shifting era’s. One of the characteristics of this verge is the production of new technologies and products that change on daily base. One of those products for example is the e-reader: trying to fit the needs of the modern day human being and at the same time struggling to be ready for a new stage where everything (as in The internet of Things) is always and everywhere online.
The attribute that is typical for the products being developed for this new stage is their mobility. We just love being in ‘the cloud’ constantly, at any place, at any time. Therefore mobile media shows compared with other media an exponential rise in popularity.
Mobile media has the potential of taking over all other channels, access to the internet will mainly be through mobile devices. If that happens, we will witness the fall of the ﻿tangible paper as we know it now (newspapers, magazines and books). The internet sphere will be taking traditional media over and electronic paper will become a mass product. Everything will become massive but at the same time personalized and adapted to the users specific demands and needs, devices will become intuitive and will behave like a sixth sense to the human being. Another thing that we can be sure of is that artificial and biological intelligence will get more and more intertwined. We now already see several technologies making the merging of these two intelligences possible. Like the respirocyte; an artificial red blood cell. This respirocyte acts as an artificial mechanical red blood cell, with capabilities of delivering 236 times more oxygen to the tissues per unit volume than natural red cells. Now we see here an example of how technology can and will take over certain functions or parts of the human body. We also see that this technology often is designed in such a way that it surpasses the nature: non-biological intelligence will rise while biological intelligence stays fixed. With these predictions in mind we can not act surprised seeing firms investing massively into nanotechnology. The US nanotechnology related patents was in 1998 less then 400 and towards 2002 it rose above the 1000 patents issued per year. Nanotechnology makes it possible to design new technologies for the new digital era. Now the scenario’s of movies like Minority report and AI suddenly don’t seem so far fetched.

I can conclude that the above discussed scenario’s are ones that, under the right conditions, seem very plausible. All the developments that we see in contemporary media point towards this direction. So we’d better prepare ourselves, nothing is safe for this all comprehensive shift, not even death; after we die our digital body will still be able to communicate in the digital sphere. This blogpost provides several links to services that you can use even after you die (I especially like number 6: Send an e-mail from the grave).

So do not worry nor ponder for immortality is near us…

Tags: e-books, future technology, Internet of Things, mobile media
One Response to “The Future”
Leave a Reply
This blog is protected by Dave's Spam Karma 2: 2705362 Spams eaten and counting...