Something caught my eye this week that seemed so contradictory that I want to share it with you. In the course New Media Theories, and actually in every other new media course, the principles of Michel Foucault are relevant. The idea that a society controls itself because humans do not know if they are being watched or not appeals to the imagination. Foucaults pantopticon describes a prison where the cells are build in a circle. In the middle stands a large tower in which the guards can be present. The prisoners do not know if the guards are present or not.

CCTV’s have the same effects as Foucaults panopticum. The surveillance cameras in the streets make citizens realise that they have to behave ‘normally’. The images can be saved for weeks, and in some situations there are real security workers who are watching the images 24/7. 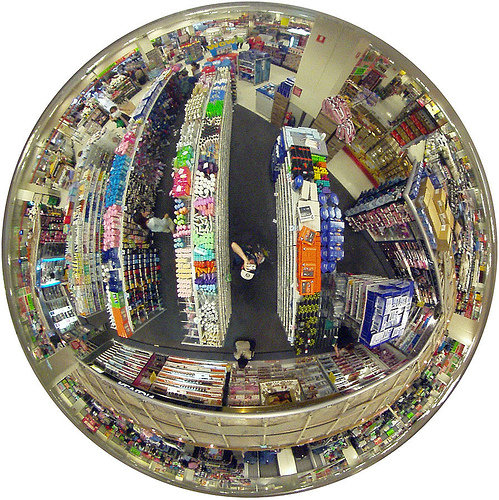 What about Facebook? This social medium could function as a panopticum as well. People behave according to standards, because they know they are being watched. But are they really enough conscious of the ‘guards’ of Facebook? Dismissals and burglaries have taken place because people exposed their information on the website. Before job interviews, employers often check the facebook accounts of the candidates. The only difference with a panopticum is that Facebook users choose to be observed their selves. We want to be watched.

My discovery involved a Facebook newsfeed called PANOPTICON!. In the medium itself, people tend to discuss the issues of control and surveillance of the medium. Facebook users discuss whether Facebook is a panopticon or not… Andrew says Facebook is a panopticon, but you get to choose your own guards. Max says that the fact that we want to be watched is the next logical step in the process of panopticon. It seems contradictory that the oppressive medium gives people the chance to post concerns about the suppression of the medium… Or is it just a smart feature, so people will not be conscious of the oppressive part?