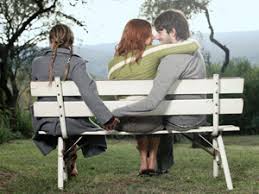 Attention cheaters, adultery has been legitimized..online that is. There are websites for most things imaginable and that includes online dating sites encouraging extra marital affairs.  These are sites created to bring together like minded people, like minded in the primary sense of looking for a special someone outside of their own relationship. The objective  is to provide a site that allows married individuals or others within serious relationships to unprohibited explore the horizons of singlehood. Baking the cake and devouring each bit of it, is perhaps the best way to explain this concept of encouraging people to challenge the practice of monogamy. An example of one very successful site as such, is the Scandinavian online dating site VictoriaMilan.se which guarantees its member full on anonymity and over thousands of users to interact with. VictoriaMilan.se offers individuals a chance at forming relationships based on their very own preferences, ranging from innocent online flirts to strictly sexual encounters. So how does one interact on the site?  There are different ways for members to communicate, such as using the” flirt” application which allows you to flirt with someone, illustrated with the symbol of an eye.  Then there is the message inbox  and the “my visitors” tab (people who have visited your page). Much like any other online dating  site communication is limited and  regulated by the choices of membership subscriptions.

They advertise the site as a safe and anonymous meeting place for people lacking passion, tenderness, appreciation and love in all of its wonderfulness.  For anyone trapped in a monotonous routine of partnership, the site offers a way out into meeting new lovers and a whole new ray of experiences.  People that can be expected on this site are then assumed to be prisoners of their own lust, or should I say their partners lack of it. The simple alternative of leaving your partner because you are clearly unhappy is  here not suggested, but what is suggested is that there is no need to go through any difficulties within your current commitment, just engage into another one, but a very different one of course. One can only begin to imagine the many different types of people who come on here for similar reasons, that reason being to meet someone new.  Coming on here you are likely to find the lonely, the greedy, the curious and even though it is aimed at people within serious relationships you will most definitely encounter the mainstream pervert or shall I say sex-enthusiast, who seeks out women/men knowingly that they are eager and desperate for some “excitement”. There is no actual way to prove that certain people are in serious relationships, so the probability of you meeting someone who shares your concerns might not be as common as its mentioned, but the more significant aspect shared would be your desire to engage into a romantic affair.

As mentioned there are different levels of engagement which you will be asked to specify following the registration process. The site illustrates different steps into joining the community and within each step recommendations are provided. When selecting your profile image, it is suggested that you refrain from using images of your face, clothing, shoes or anything that can be at risk of identifying you (anonymity I suppose). Instead it’s recommended that you expose some other part of yourself, in the illustrations given as examples there are profile pictures featuring the back of a man’s head, a pair of sensual legs, a woman lying down with a prominent cleavage and another man’s biceps. So if we are to go by their examples, one should put their most favorable assets forward, excluding the face. You then also have the alternative of setting your images on Anonymous Blurr which leaves the entire image or only selected parts of it blurry, and somewhat unrecognizable. 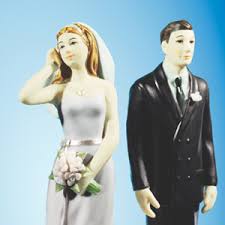 They are your rules, in your space, following your boundaries, it is your affair.  There is a section featuring a set  of preferences/interests that one can choose from, that which is to be selected will then appear as your  main interest for joining the site and what you are looking to achieve. This will then also be visible to other members, and from there on you can be matched up with people seeking the similar type of engagement.  For my own profile(yes I am indeed a member) I picked out the descriptions I thought would grant me the greatest variety in men, so I selected: gets turned on by  muscular bodies, humble, experimental and playful, intelligence , jeans and a T-shirt, mystique, unpredictable and long weekend trips. Those were some of the random preferences I chose in a partner, prior to that in the very beginning I was able to define what type of companionship I was looking for, again there are pre-set alternatives so I chose “Woman in a relationship , seeks man for web flirt/erotic chat , anything that gives excitement” .  At this stage you are also able to mention how you are looking to meet up, as in does one have a location in mind, a secret meeting spot perhaps? Does one even have any intentions in meeting up? This part I left blank.

I have been a member on this site for about two weeks and two days and so far I have had 99+ messages in my inbox, 17+ “flirts” and 10+ visitors. All I have is a profile picture (same one as for my eDarling.se account) and the information mentioned earlier, I am not even a paying member. Without a subscription to the different memberships I am limited and not able to reply to the messages received or even see who goes on my page.  As much as I find this site highly entertaining, and truthfully it is exciting, where people are open about their ambitions and expectations, I cannot take it seriously. VictoriaMilan.com displays acts of sympathy and understanding, whilst depicting monogamy as being outdated, with cheating as a natural choice and right, it simply doesn’t do it for me. Joining a site like this seems like it might cause more harm than much good. The site has previously been under scrutiny from the advertisment consumer ombudsman in Sweden, for its provocative billboards encouraging cheating. But even when projecting a site lacking complete moral ground, they have done excellently with their marketing, I have included a video from the site which actually comes across as enticing.