Over the past few weeks I have situated myself in Berlin on a mandate to take in and absorb all that is the music culture here.  On a mission to discover the heartbeat of the European music industry, I haven’t had to look very far to gain my experiences.  The only other two cities in Europe that I have spent this long amount of time in have been Seville and Amsterdam.  Without hesitation I can say that Berlin is drastically different in terms of music and nightlife.  Berlin is a melting pot of personalities but based on my own inference it feels grungy, hip, clamoring, niche, ahead of the curve, young and old.  It’s quite schizophrenic.  However when it comes to the music culture there is one dominant presence – techno.

Having lived in Europe for almost one year I have become well versed in the techno genre of music via immersion.  I’ve also heavily relied on Ishkur’s Guide to Electronic Music for clarification and historical perspective.  Because as someone who is/was completely unaware of this culture of music it definitely takes some getting used to.  In Berlin however, this is a lifestyle.  It’s not to be confused with electro, house, etc., Berliners are very clear about their unabashed love for techno.  This is of course best realized through the “nightlife” which is ironic in that it often starts very early in the morning.

I’ve done my share of participating in this culture but this past weekend I made my way to the epicenter of the techno scene that I’ve heard and read so much about – Berghain. 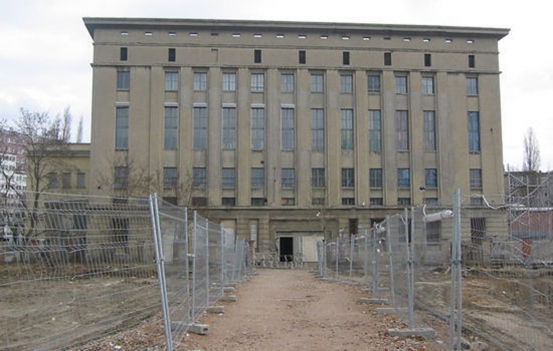 Berghain is easily the most talked about club in Berlin and billed as one of the top clubs in the world for the serious party-goer and electronic music lover.  The party site which opened in 2004 sits in a converted power station located in East Berlin that gives off a cold, hard vibe which is easily matched by its interior.  Getting past the bouncers is questionable as they seem to have no real criteria.  I was warned to not speak so they wouldn’t hear my English and turn me away.  However at 11am on Sunday morning (a few hours past what I’ve heard is “prime time”) we didn’t have to compete with any queue and slipped past with no problem.  Once inside there is a massive presence despite the bare minimum décor…it’s the sound system.  This is techno paradise.  On the main club level the legendary sound is so massive that it reverberates your whole body.  Upstairs in the Panorama Bar, German DJ nd_baumecker was spinning with Elif Biçer on vocals.  When I first heard Elif come through on the vocals I just thought it was part of the track, I didn’t realize she was there singing live.  It was incredible.  What’s even more incredible is that it was Sunday afternoon, the shades were drawn and probably 700 people were dancing and partying with zero concept of time or space.  In that moment, Berghain had hit its stride and it was in fact, prime time. 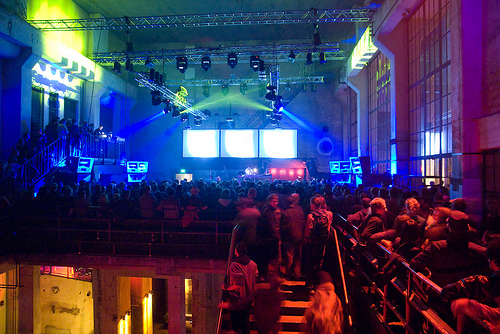 Voted the #1 club in the world in 2009 by DJ Mag here are a few ways that Berghain has been described:

What’s really impressive about the culture of techno, the culture of Berghain, is that they have both had a significant economic impact on Berlin’s economy.  Earlier this week the Wall Street Journal wrote a piece that spoke to the club’s contribution to night life in Berlin.

“Berghain sits atop a rich club scene in Berlin that grew out of underground techno parties staged in abandoned buildings after the fall of the Berlin Wall and that now generates some €1 billion ($1.43 billion) in revenue annually, including clubs, music labels, event organizers and technology providers.”

Such staggering numbers speak to the clubbing industry that Berghain and others have created here in Berlin.  In studying up on Berghain I read in a forum about a man who had traveled all the way from Australia to party at the club, even planning his hostel stay in proximity to the club, only to be devastatingly rejected at the door, twice.  But that’s part of the appeal of Berghain.  It’s so unique and so special to techno fans that the pilgrimage for the party is justified.  As long as you can get in.