Korean gladiators from a distant galaxy 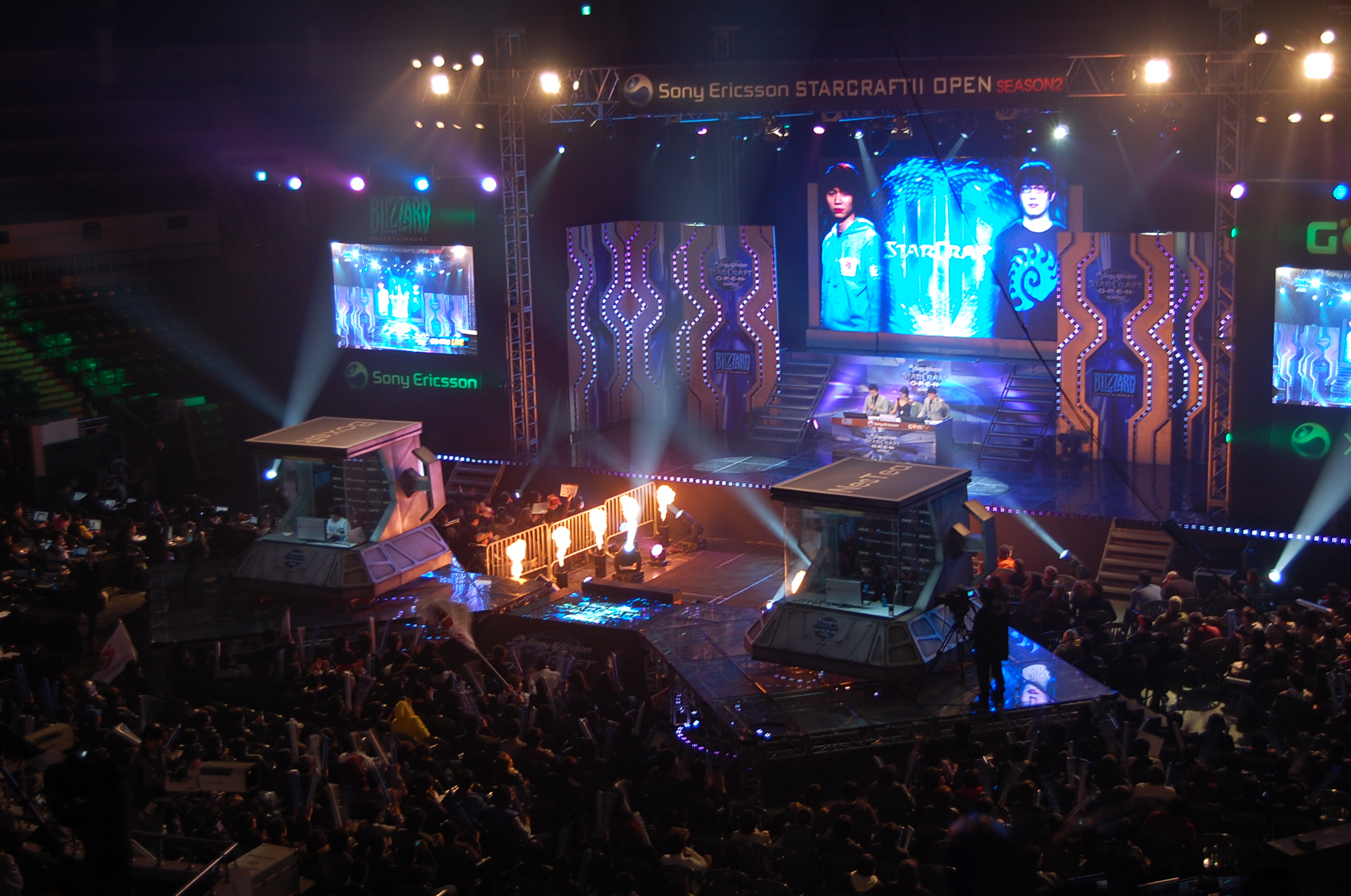 Most people just aren’t interested in watching videogames. They’d rather be playing them. That may be the case in Europe or in the United States but not in South Korea. In South Korea watching videogames is a national pastime, millions of people watch games at enormous events, on television and online, but why?

On July 27th 2010 one of the biggest video games of that year was released worldwide: Starcraft 2: Wings of Liberty. This RTS (real time strategy) game made by Blizzard Entertainment was hugely anticipated by gamers worldwide and sold more than three million copies in the first month. The anticipation for this title was huge because the first instalment is one of the best selling games for the PC of all time. In the Starcraft universe the story revolves around three alien species in a distant part of the galaxy. The human Terrans, the monstrous Zerg swarm and the ancient, highly advanced Protoss and they are fighting each other for dominance.

The first instalment of Starcraft was huge in South Korea, even twelve years after it was released. There are professional Starcraft leagues, pro Starcraft players and even televised matches on cable. The pro Starcraft players are celebrities in their country and earn millions of dollars playing games in the so-called E-sports tournaments. They are able to guide their digital armies with dizzying numbers of actions per minute (APM). The absolute king goes by the name of SlayerS_’Boxer’ and is a Korean pro gamer with a fan club of more than 1 million members, DVD’s, merchandise and dozens of sponsor contracts.

With the release of the sequel worldwide, the E-sports are rapidly growing outside South Korea too, especially in America. On YouTube people can watch matches that have been recorded and during these matches commentary is provided by shoutcasters. One of these shoutcasters goes by the name of HuskyStarcraft and has a YouTube channel with more than 500.000 subscribers and 200 million views.

But still the question remains why a computer game like Starcraft is so popular being watched in a one-dimensional way, while you can play it your self to get a more immersive experience, why trade the most interactive experience for a completely linear experience?

Culture anthropologist Johan Huizinga’s study of the play element in cultures is interesting to use, to find out what drives the spectator of these games. Huizinga states that a spectator can be just as immersed in the reality of the game as players who have a direct control of the game:

“The audience plays along with the emotional theatrics of a savage ritual. Onlookers share the tension of play from games of chance to challenges of great difficulty”

About spectatorship Huizinga defends the ancient Roman gladiatorial games, the fact that ancient games were played by only a small percentage of the population.  Huizinga calls this a shift of the competitive impulse, in other words the protagonist becomes the spectator. But this shift doesn’t mean that the play element disappears, instead the gladiators represent and fight on behalf of the spectators and this creates a blurry line between the two.

Maybe this blurry line is just the part that is incredibly attractive to the people who watch these games. The spectator still immerses himself although he is not playing. He does this in the same way as football spectators watch a match, by adopting the values of the game world. Next to this the spectator is familiar with the Starcraft world and the use of the special language that allows him to be part of this world. The comments under the videos on YouTube are full of words that refer to in game action that you can only understand when you are part of this world.

As a humble once-a-week-Starcraft-player, I do love to watch these games, sometimes I learn a few tricks and sometimes I am just amazed by the incredible speed these Korean pro gamers play the game. Now the E-sport movement is growing each day with events like the The North American Star League and have price money up to 1.4 million dollars in cash. Maybe the Korean gamers had it already figured out a few years back, maybe in a few years there will be kids walking around, not with Lionel Messi or Kobe Bryant shirts but with SlayerS_’Boxer’ shirts.