BOOK REVIEW The Murmuring of the Artistic Multitude: Global Art, Memory and Post-Fordism

In The Murmuring of the Artistic multitude, art-sociologist Pascal Gielen reflects on the increasing co-incidence of, and structural similarities between, the mode of production and work ethos essential to artistic practices and practitioners on the one hand, and relatively new forms of (immaterial) labour, corporate strategies and models, and the neoliberal ethos in general. In order to elucidate this complex of co-incidences and complicities, he relies on the work of, among others, Paolo Virno, Luc Boltanski & Eve Chiapello, Bourdieu and Antoni Negri & Michael Hardt. But he adds to the argument by analogy the (empirical) hypothesis that early modern art has actually played a historical (avant-gardist) role in the rise and formation of these ‘new economies,’ a social laboratory. From a historical-materialist perspective, this seems unlikely, given the marginal or ‘super-structural’ position of art in society as a whole. However he does make the distinction between a simple causality and a tendency in art that playfully anticipated the things to come. What this adds to the argument by analogy however remains questionable, because even if the empirical claim is left out and only the structural analogies are posited, this creates a whole new problematic concerning the relation between the artist, the artwork, and society at large. 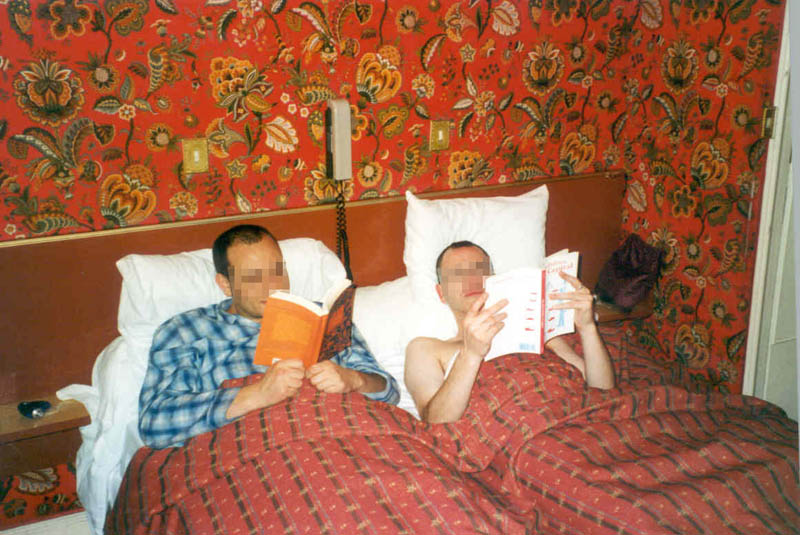 From the 1980s onwards, when what retroactively became known as the ‘new economy,’ ‘Post-Fordism,’ (what Virno ironically calls the ‘communism of capital’) or ‘postindustrial’ society came into being, and differentiated itself from industrial production (itself mostly not replaced but displaced to third world countries), opening up the social and communicative field for subsumption under capital (largely made possible by ICT), these new forms of labour and capital increasingly resemble the ‘typical logic’ of what one can call ‘artistic modes of production.’ This logic gravitates ideologically around terms such as creativity, flexibility, authenticity, an open project oriented spirit, a focus on ideas (knowledge), communication and the dynamic of psychic and social relations. Also, the condition of contemporary labour increasingly resembles the precariousness and dependability of ‘the life of the artist,’ as well as the diffusion of ‘work-time’ and ‘free-time’ (see image above). Furthermore, it is not necessarily the quality of the particular result (the work), but the personal character and ‘learned’ skills of the producer that renders the value of the (potential) outcome. Hence, according to Virno, the necessity of an extensive and invasive biopolitics (21).

In most 20th century theories of (critical) art, art is differentiated from the economy, the culture industry or society at large as being the result of an activity neither essentially pursued for direct profit nor immediate practical or political value, respectively, i.e. by autonomously developing its own (individual) rationale, irrespective of other possible interests. Because of this rationale’s alterity and autonomy, it could hold up a mirror to society, expose its injustices. Paradoxically, for Adorno, only by being ideally in- and for itself, could art become truly and critically socially engaged. Within this way of thinking about the relation between art and society, the artistic project must be safeguarded from commercialization or direct instrumental value, processes that always potentially threaten and invade the autonomy and purity of art. 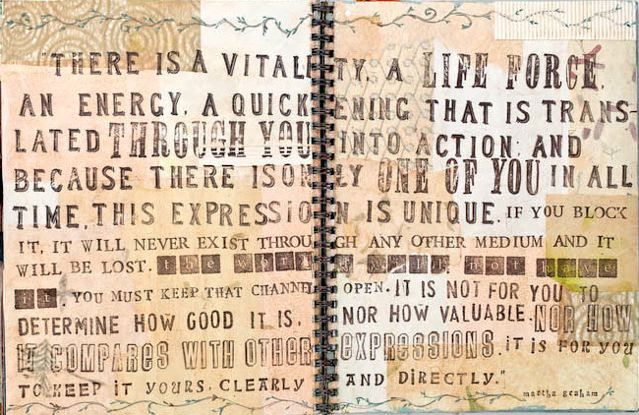 Today we are confronted with a different problematic. The ‘postmodern’ arts of the seventies up until the present are all heavily influenced by, and an expression of, a ‘critique of modernity’ that prevailed in the fields of theory and politics, and which came to the surface in the ’68 and early seventies series of social unrests. The social demands gravitated around notions of individual freedom, self-expression, equality (anti-racism and feminism) etc., whilst theory focused more on the deconstruction of notions such as rationality, hierarchy, power, standardization, bureaucracy, and proposing new concepts, such as flow, differance, etc. The art that was part of and influenced by these re-volutions similarly revolved around notions of singularity, polyvalence, difference, the Other, the common. It is said of this dispositive (that thinks itself as a critical practice), that it increasingly coincides and thus implicitly supports instead of critically oppose the way late capitalism conceives and constitutes itself ideologically and practically, because this artistic strategy produces itself vis-a-vis a regime no longer essential and already beyond itself:[1]

“Because the new spirit of capitalism incorporated much of the artistic critique that flourished at the end of the 1960s, the accusations formerly leveled at capitalism out of a desire for liberation, autonomy and authenticity no longer seem to be soundly based.” (Boltanski, 2005: 419)

In this context it seems strange and even trivial to focus on early modernist art, and the way it anticipated or even caused this ‘cultural turn’ (26). This however is the self-declared main hypothesis of Gielen’s book. He for example uses Vincent van Gogh as an example of how values such as individuality and self-expression were prepared in the arts. But this is can be seen from the longer tradition of liberalism and individualist modernity, and is not specific to the logic of the ‘new economy.’ Hence also, his analysis of strictly contemporary art, and the alternatives and forms of resistance he proposes for artists and immaterial laborers alike, is rather meager: he for example mentions the possibility for a freelancer to sniff coke during working hours (22). This is perhaps due to his rather ambiguous relation to what he calls ‘neoliberalism’ which he partly embraces for its ‘democratic ideals’ (3).

HOT100: the rise of the creative class?

What is also shared by the artists and the immaterial workers of the new economy, is the combination of both over-supply and lack of demand, which obviously generates a dynamic of a ‘take it or leave it’ attitude on the side of the investors and employers, and a necessity to comply on the side of the ‘worker,’ albeit an often cynical compliance. For example, one of the lecturers present advised us not to use the term ‘artist’ when describing ourselves to potential investors, but rather to use a term like ‘branding strategists.’

I myself am guilty in that respect, when I attended the HOT100 event, organized by Virtueel Platform in the context of the PICNIC festival in Amsterdam. They selected hundred graduates from several Dutch art, communication and design studies, to come together and ‘network.’ Several companies and institutions organized workshops where the graduates were asked to come up with certain solutions to problems these institutions encountered. Thus I came face to face with the tendencies Gielen discusses, the de-differentiation of specialized subsystems, the integration and diffusion of art, business models, design, governmental PR, technology, media and so on.

There was an air of exclusivity and opportunism to the whole undertaking. Also, a feeling of being exploited, albeit in a rather innocent fashion. Companies like Philips use these events, ultimately designed to ‘provide opportunity for the talented,’ to ‘experience new and fresh perspectives on design problems.’ Are most (media) artists indeed all too often the gullible or cynical designers of the gadgets of the future? Or can the coming together of different disciplines also produce new socially and politically effective configurations, a politics of the precariat? In order for the latter to gain ground on cynicism or naivety, those involved should be beware of what is at stake in these developments. The critique of the ‘politics of difference’ discussed in this book are vital in this respect.

Furthermore, when discussing the increased intimacy of art, design and society, it is important not to reduce it to the all-too-well-known debates concerning the ‘commercialization’ of art, the decadency of the global art market or the need for a public or communal art. The reason is that, because these discussions are too exclusive (as they focus on the immediate or direct relation of art and economy and society, i.e. the art object as commodity, or socially ‘useful’) they block an understanding of the deeper ‘structural complicities’ between different cultural and socio-economic systems. The problem is no longer how to shield a formalist art from the vulgar culture industry but how to find a niche were the necessary complicity of art, media, economy and culture can be exploited. For it creates the opportunity for an art that is finally freed from its elitist guild, theorized for example in Sartre’s What is Literature?. 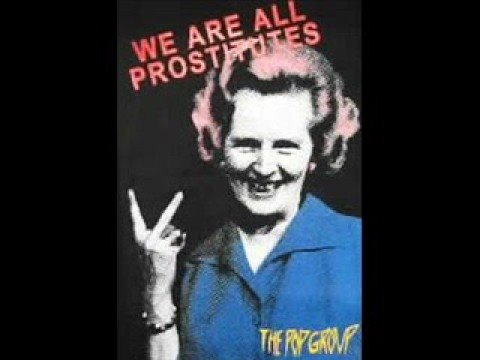 The Murmuring of the Artistic Multitude is a rather academic (reflexive) undertaking, a collection of essays that are themselves collections and combinations of ideas by other authors to which Gielen gives a “sociological twist” and adds an art-historical claim (17). But it would be too easy to directly redirect the reader to these authors instead, although for a real understanding of the concepts he employs this would be quite necessary. Because where as the authors he uses often focus on socio-economic developments in general, the added value of The Murmuring of the Artistic Multitude lies in an organizing and directing of these notions towards art specifically, which makes it a must-read for every self-respecting artist. Unfortunately, he directs too much of his attention to the similarities between the ‘work mode’ of the artist and the immaterial laborer, where a detailed critique of prevailing artistic strategies and practices, as well as possible alternatives, would equally deserve to be a central theme. In that respect, the emancipatory content of ‘murmuring’ he proposes fails to convince.[2]

[1] “The structures and logics of power in the contemporary world are intimately immune to the ‘liberatory’ weapons of the postmodern politics of difference. In fact, Empire too is bent on doing away with those modern forms of sovereignty and on setting differences to play across boundaries. Despite the best intentions then, the postmodern politics of difference not only is ineffective against but can even coincide with and support the functions and practices of imperial rule.” (Negri & Hardt, 2001: 142)