Book Review: The Secret War Between Downloading and Uploading. Tales of the Computer as Culture Machine by Peter Lunenfeld

The Secret War Between Downloading and Uploading. Tales of the Computer as Culture Machine is a brilliant piece written by UCLA professor and digital media theorist Peter Lunenfeld, in which he sets out to explain his envisioning of the 21st century by analyzing the growth and fall of the dominant media and answering one, apparently easy, question:

We live in an era of virtual reality where art, culture and, as we will further notice in the book, media are fear driven because of the constant dystopia fed by the day-to-day difficult responsibilities. What pops in your mind when you think about the future? Are you instantly imagining burning buildings, hungry zombies who are chasing you, nuclear bombs and famine? Then you are dreaming, so to speak, of a dystopic future. 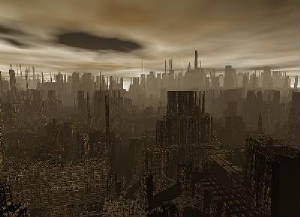 In relation to this, as I see it, a recurrent theme and question that Lunenfeld makes reference to is that of people not being strategically involved in making the future a valuable partner. Therefore, this global society that we are part of is mostly downloading, rather than uploading, meaning that we are taking information, we are heavy consumers of art, culture and technology, but we do not always give anything meaningful in return. One of the many consequences of this lack of commitment is that there is no longer balance and we are heading towards “cultural diabetes” (3). As the author puts it

“all animals download, but only a few upload anything besides shit and their own bodies” (1).

An interesting point that Lunenfeld makes is right in the beginning of the book where he discusses the impact that the so-called three siblings (the bomb, the television and the computer) have had on his life and how each were a dominant medium at a certain point in history. He claims that the computer is the most complex since it is the perfect mix between the printer, typewriter, telephone, radio and television, turning into the dominant culture machine of the 21st century. Painting, photography, literature, cinema and all aspects of popular culture are incorporated in this unique postmodern machine in which we are repeatedly adding and editing information for the worldwide cultural data base. Soon enough the computer will leave behind the greatest libraries. In fact, we are living in a “remix culture” where thanks to the free travel of images and cut and paste, art is durable and reinvented to suit unimodernism (70).

What I specifically liked about The Secret War Between Downloading and Uploading. Tales of the Computer as Culture Machine is the constant reference that the author makes in the sidebar to figures in popular culture as well as the world of technology, starting with Duchamp’s urinal, Allie Mae Burroughs, the early 1990s rock band Nirvana, Paul Valery and ending with the Hollywood production Moulin Rouge, fashion designer of the 1960s Yves Saint Laurent and cyberpunk pioneer William Gibson. These cultural references helped me get a clearer image of the theories explained in the book and of the new-coined terms such as “plutonian meliorism”, “really-public relations”, “bespoke futures”, “ublopia”, among others, reason for which I think this book is a great read for anyone interested in digital humanities, media studies and even popular/visual culture.

However, who is going to win this ongoing battle for the control over the Internet? Should we really take advantage of the computer, of its power, capacity and abilities? In the last section of the book, a separate chapter entitled Generations, Lunenfeld brings up the issue of Google which has rapidly turned from an ordinary search engine, into a profitable, international brand and eventually a verb (174). Little do we know about Google being quite a threat to privacy and security, as it surprisingly has secret profiles on all its users, profiles which we cannot control or alter. Nowadays I believe privacy and security are a serious issue, especially if we consider how social media via Internet easily favors identity theft, money scams and crime in general. What would happen if Google sold the information and profiles it has on us to a corporation?

After researching Google and artificial intelligence as a wide topic I came across an interesting article in The Atlantic entitled Is Google Making Us Stupid? and written by Pulitzer prize nominee Nicholas G. Carr. Carr is presenting his theory on the Internet , Google and how they are affecting our ability to focus, but at the same time he is making some good points which are also discussed by Lunenfeld. One of the ideas that Carr introduces is how the two founders of Google, Sergey Brin and Larry Page, plan on using this search engine to build artificial intelligence because the human brain is not at fast as the “brain” of the culture machine and how soon enough large scale companies will be competing for the data base owned by Google. Here is where Lunenfeld comes in with his theory on bespoke futures and our dystopic view on one when we might be completely dehumanized thanks to the system and artificial intelligence, but also to our own interest in drama. Nevertheless, we should stop thinking about the future as the boogieman, but as a time we would like to live in. Personally, I do not completely agree with the idea that Google is making us stupid; when wisdom is involved, can a machine outsmart the human brain? I admit that it is affecting our ability to concentrate and also “helping” us be lazy, since all possible information is one click away, but each of us chooses what to do with it and what kind of knowledge we receive at the end of the day. 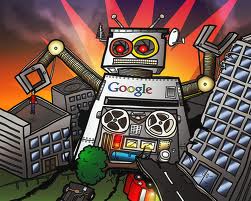 Further, Lunenfeld’s theory on bespoke futures is best understood by watching the YouTube video of the lecture he held in 2008 on this topic as a visual support, although he uses a lot of design terms and specific vocabulary, getting a bit difficult to understand occasionally.

As I have already mentioned in the first part of my review, starting with the earliest Science Fiction literature and movies, for example Stanley Kubrick’s 2001: A Space Odyssey, Ridley Scott’s Blade Runner, we have a quite morbid and pessimistic view when the future is involved. Rarely have there been written positive stories about the future, mostly because Science Fiction tends to bring out our deepest fears from the subconscious, fears we are not always aware of. Stanley Kubrick’s 2001 is also brought up in Nicholas G. Carr’s article because in his vision of the future

“people have become so machine like that the most human character turns out to be a machine. That’s the essence of Kubrick’s dark prophecy: as we come to rely on computers to mediate our understanding of the world, it is our own intelligence that flattens into artificial intelligence.”

In conclusion I would like to stress that this book is a must-read for anyone interested in untangling the history of digital culture of the 21st century and of this postmodern cultural machine we call the computer. The computer is now the dominant media and has taken hold of our lives through the Internet, social media and search engines, yet we should reconsider our consumption behavior and begin “uploading” more, rather than “downloading”.