“Space: the final frontier – to boldly go where no man has gone before.”

This may be the answer Kelly was looking for when he set out to answer his own question, the title of his book and thesis.  Let’s not get carried away here – I have chosen the above quote in all seriousness.  The infamous Star Trek phrase may actually sum up Kelly’s book and what he feels lies in store for our species in convergence with technology. Captain Kirk wants what technology wants.

Kevin Kelly is most famous for co-founding the magazine The Wired in the 1990’s and formerly editing the Whole Earth Review in the 1980s. He has though, written other books, most notably : Out of Control, The New Biology of machines, Social Systems, and the Economic World. 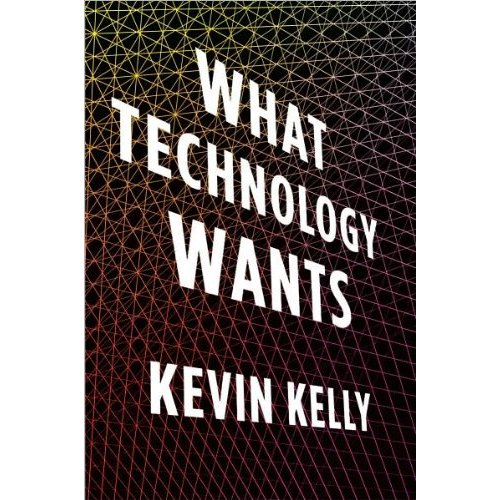 In this instance with his latest publication, I feel it is important to understand the lifestyle Kelly has and still leads prior to this writing. Having travelled most of Asia and the USA with barely any belongings whatsoever for a significant portion of his adult life, and joining in an ‘anti technology’ movement that his family participated in during the 1960’s, he has often been labeled an ‘observer’ of technology.  Indeed, he himself clearly finds detailing his past as important as if to confirm his position as a ‘true out of the box’ thinker. By doing so he has avoided the possible ‘brainwashing’ ubiquity, as he may call it himself. Kelly has often made a conscious choice to not use certain technologies: the laptop, the TV,even  Twitter for instance.  He calls it: ‘from lowtech, to high choice.’  And these choices, are for him, of mammoth importance to humanity and how we go about embracing technology as a ‘child’ of our own.

The title of the book is almost bemusing to the prospective reader once one lays eyes on it.How can technology want something? I too, was perplexed at the title. Surely technology wanting something indicates some kind of life force, conscience, or mind? Kelly argues this ‘want’ is in fact preprogrammed, he compares the ‘want’ to natural organisms like ants, who might not have a conscience but ‘wants’ food.  He doesn’t stop there however: what technology wants, is only part of a larger, lifelike entity he calls the technium – something we are all a part of – whether we like it or not.

So what is the technium? Well, Kelly spends the opening 6 chapters explaining its origins, journey and significance. My definition will not do it justice, but in understanding his ideas, the sheer necessity of varied opinions has led me to try and simplify his terminology: the technium¸ as I have understood it, is a culmination of technology and the global interconnected networks it inhabits, combined with the human mind of innovation (invention, production of technologies) and human culture (how we interact with technologies, create uses for them etc). It has erupted ever since we created language thousands of years ago, from the stone crafted spear, to flight, computer chip processing, coding etc. They are all creations that are not only extensions of ourselves and the human mind, but go further and fall under a larger, lifelike frame work that continues to grow as we grow, as technologies develop, and as Kelly dubs it: the technium.

The idea definitely isn’t inconceivable. There is, no doubt, a fine link between technology and it being an extension of the human mind. However, what Kelly is proposing is of gigantic proportions, and while through the first 6-7 chapters he tries to explain the formation of the technium as best as one can(we follow the dawn of man from evolution to civilization), he’ll need to do a lot more to convince scholarly intellectuals of its existence. There is just too much to contest from a multidisciplinary perspective.  Technology and the technium, the seventh Kingdom of life? Could it really fall into a classification system? I’m inclined to believe that any biologist I ask will say ‘no’. Obviously this doesn’t mean they’re right either – we could check back in 50-100 years and see then – but the claim is provocative.

The examples Kelly gives of it taking shape as a life form in the early stages of his book are dubious. The most wild example to note is that of a robot, programmed to locate electrical sockets to recharge itself. It does so, the majority of the time, with consummate ease – a masterstroke invention for technium as a whole. Kelly has gone as far as saying that it exhibits life like behavior in wanting to recharge itself again and again – despite being fully charged. Is that lifelike or a simple malfunction/bug? I’m inclined to believe the latter.  He does attempt to explain its behaviour, and in the need for doing so, fabricates another terminology, exotropy, -an inversion of entropy he attributes to the technium.

While everything is open to interpretation, Kelly has unfortunately given himself too much to handle for one book alone. The fabrication of two terms – as convincing as his arguments may be (other scholars may beg to differ) is in my opinion too much for one book. Interestingly though,  this may in fact be what he had intended anyway. Obviously he has crafted this theory as a guide on how we should embrace and use technology to further ourselves – but maybe creating awareness or debate on the subject matter was his underlying goal. 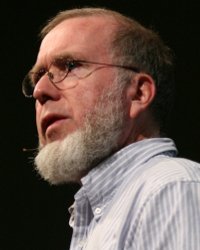 A firm believer myself of technology as – to an extent- a driving force of society, Kelly has gone beyond that at times to almost ludicrous romanticism.  And from a techno-determinist perspective, most definitely beyond Marshall McLulan. For Kelly, technology is more than just an extension of ourselves. I would even go as far as dubbing him a ‘careful utopian McLulan’ of our time. Why? Well while he does note technology can have a negative effect on society, whether that may be within its consumption and destruction of our environment or of ourselves, it is, and always will be, a little bit more ‘good’ than ‘bad’ in terms of long term progress. Yes he can be romantic with his ideals, but he keeps himself in check by asking himself difficult questions from different angles – hence ‘careful.’

I could go as far as saying his ideas might reach as far as McLulan’s did in the 60’s and in the years to come. Media scholars now study McLulan in some depth as his thoughts and provocations are particularly relevant to the shape media is taking now. Could Kelly’s work be seen in the same way? Maybe not now, but later? I wouldn’t rule it out. Simply put however, it is my belief that the technium is too large a scope to be able to summarize and categorize as one life force or entity.

Despite the difficult questions he asks himself, questions he didn’t answer with sufficient argumentation is that of the difference between the developed and developing world. The technium should in fact encumber all of humanity, and while it does to a certain extent (technologies are adopted all around the world, however old they may be within 3rd world countries) these technologies are still not at the same level. Kelly seems to indicate that these technologies will reach these cultures and societies in time, simply through the invention and furthering of new technologies.  In addition to that, his notion of human culture entwined within the greater lifeforce that is the technium is something he touches upon loosely throughout the book in stark contrast to the chapters he dedicates to evolution. Whether he considers convergence the answer to the question of culture – I’d disagree, and stress culture deserved more attention in his thesis.

I do however, have to commend Kelly for his poignant seductive writing ability. Clearly this book has been intended for audiences both young and old (at one point he goes on to describe what ‘rewinding the tape’ means to younger readers). A lovely analogy he uses to explain how previous technologies affect the inventions and production of newer ones is that of how horse drawn carts affected the width of railroad tracks – which in turn affected the width of Space Shuttle fuel rockets – a worthy read.

Undoubtedly, Kelly is right on some fronts. Yes we can deliberate the scholarly factual aspects in the early parts of his work (some of which may hint towards handpicked bias to his theory), but let’s forget that for a moment. There is no doubt that technology is affecting human society at a rather rapid rate  – an inevitability I’d agree with as the examples he gives over time seems to suggest so. But why wouldn’t it be? He examines Moore’s Law for instance, and interestingly quotes Cadver Mead, in which I will paraphrase: people may have seen Moore’s Law and due to economic pressures and demands, followed it subconsciously.

In the final chapters of his book he discusses the symbiosis between the technology and man (how we cannot get away from it, the Unabomber),the choices we need to make and how pivotal they are in shaping both humanity and the technium. Points of interest were the revelations that technology’s intended purpose is always modified by society over time (the telephone for example, was not originally intended as a conversation medium). He discusses the Amish communities, the technologies they’ve adopted, and the choices they’ve made. Kelly also duly notes, that forecasting the future of technology – its inevitability or what direction specific technologies will take us – is impossible.

A significant portion of Kelly’s writing seems strikingly obvious, but we just may have never sat down and thought about it – other parts may leave you bewildered or bemused. Overall, the book is daring, ambitious, eccentric and at times bizarre in its linkages with technology and humanity.  While many scholars will seek to reject the majority of Kelly’s thoughts, you cannot help but admire and edge towards believing them. What it will also do, is offer you an interesting take on how far we have come as a species in developing technologies, how important they are in our lives and how they have in fact, become entwined with the way we live and will live. While the technium may be difficult to accept as a seventh kingdom of life, the guide Kelly gives us on nurturing technology and how to deal with its inevitability (based on certain conditions), clicks, and strangely makes sense.

For more on Kevin Kelly, check out his website found by clicking here