Book Review: From Image to Interaction by Arjen Mulder

“Every form of contemporary art contains a kernel of life, a possibility for growth or development, even if a few decades later we may scarcely be able to sense it, thanks to the canonization of the once-contemporary – whether twentieth-century or Renaissance – as modern art. Experience is not the same as mentality: it is not a structure but a burst of life.” — Arjen Mulder

The day our forebears painting those animals, human figures, or just simple signs and geometric patterns onto the wall of Lascaux Caves with mineral pigments in a primordial way will never envision that people, who after catastrophes, wars, nuclear bombs, and even ecosystem’s worsening due to the intense overly developing of industries from the following 17,300 years or so, can be capable of seeing and sensing their powerful and unconstrained work which illuminating the innovation for which neoteric strives for. Then, after watching, or to be more explicit, experiencing a 3D movie in the super luxury-hightech IMAX cinema, accounting for the technology deployed into this feast of vision you as well as those who standing in front of the fascinating petroglyph will get utterly thrilled. The media inserted amid these two contents are distinguishing, the feedback though of these two diverse but homogeneous activities maintains many a similarities. Ever wondering why this turns out? Or maybe you simply can’t conceive why these situations occur. Well in this book I think you may find your answer. 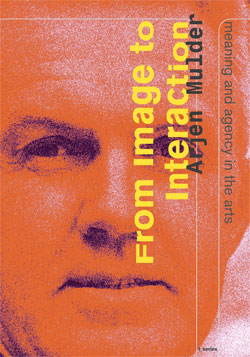 Although the author, Mr. Arjen Mulder, says that this book is not about art history, he did conduct an authentic investigation to the 500-year history of contemporary art and interactive art also. From the Leonardo da Vinci’s Mona Lisa to Franz Marc’s The Lamb; from Michelangelo’s David to Paul Klee’s Twittering Machine; from Piet Mondriaan’s Composition II in Red, Blue and Yellow to Lygia Clark’s Caminhando, etc. He deems those people who from varying camps no matter Neo-Plasticism or Dadaism, not only as prominent artists but “above all as great media theorists.” In the book the author devoted himself to finding and organizing how the models, which those distinguished precursors brought about during the simultaneous process of art surfacing, are still being used in the realms of contemporary art vigorously referring to video art, machine art, digital art, media art, electronic arts, etc. An unforeseen sight on the roots of art from early 1910 till now was progressed gradually by the author. So do the role and value of visual culture and design in the nowaday life. “He analyzes the feelings and experiences evoked by painting, photography, digital media and the interactive arts in previously unseen manner. In compact, clear style, he works out a theory of art not as an expression of the worldview of its time but as an exploration of it” which is referred to the publisher.

The beginning parts of this book are mainly dedicated to clarifying how the interaction behaves in the midst of paintings. According to Franz Marc: An image is not an assemblage of material in which something else besides that material can be recognized, as aesthetics would have it, nor is it a symbol that refers to something other than itself, as iconography tell us. That is to say every painting is saturated with a meaning, which could be intangible or luminous. The painters brandished brushes to reveal their emotion and worldview, to unfurl the myths and impressiveness of the nature, or to narrate stories from aged time onto the canvases with points, lines, and planes. These three elements configure an interface between two insides, which are the viewers and the painters, and both of them can convey and extract the spiritual and emotional via surfaced and constructed images composed of discursive perception and concise one. However, the presentational meanings of objects per se that are crucial, the mobility of cognition to the constituents should be placed at the top of the agenda though the discursive meaning is a indispensable for any artists who feel  inclined for connecting anyone beyond him or herself.

“Everything, every object, every situation, every idea, is one actualization in a virtual space full of possibilities that could exist but have not actualized for some reason – but still might be. Every actualization of consciousness is built up millisecond by millisecond and then experienced as a perception or thought.”

Referring to this, these specified assemblages, which containing manifold theories and methodologies, integrate also characterize the isolated and codified meanings via interplay among senders and receivers. Although pending information suspend during the process every now and then, analog model’s advent, preceding digital one, has calculated those conditional readiness in lieu of autonomous analysis. Therefore I venture to say if some n-dimensional formations consist of both spatial and temporal disciplines could be formed whereby viewers and painters could interact with each other in a depth way, which might amount to being more easily registered in the process of communication and interaction.

In spite of manifesting paintings seem to be enough for the whole world to perform in an optimum role, new mechanical and technological devices and arts’ approach change the interaction and its function either in good-oriental way of bad-oriental one.

Taking photography for example. This is a work from Rineke Dijkstra: 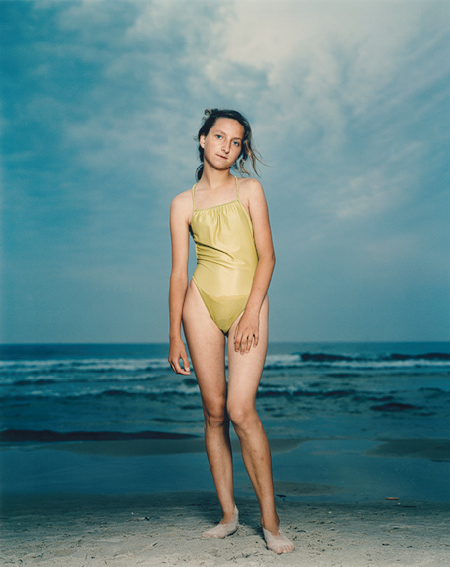 “The girl who stood in her damp gray-green bathing suit on the beach in Kolobrzeg, Poland, in fromt of Rineke Dijkstra’s technical camera on July 26, 1992, and allowed herself to be transformed into a photograph was one girl, there and then, unique and non-recurring, and she should not have anything to do with art history or our desires. But she does. Her body is pointed straight at us, poised between restraint and expressiveness. We do not know who we are looking at, as we would with a family snapshot, yet we respond emotionally to the photograph.”

“it is another nature which speaks to the camera as compared to the eye. What we see in a fraction of a second is different than what we see through sustained contemplation and comparison. But if that instant is captured, we can study and compare it again, closely and at length.”

Photography captures the whole world within a thousandth of a second out of time while painting does the opposing things. Via processing in the dark room can a camera decipher this world, however, no receiving of lights can hardly a painting survive. Through the whole procedure of receiving, though only the quantity altered due to differential media, the quality retains the same. In other words, during the operation of interactive art or activity, mankind’s perception committed itself to achieving equilibrium.

The consciousness, or let’s say the synaesthesia could be found in any interactive art with ease. Simeon ten Holt, an avant-garde composer who developing a highly personal style of minimal composition made a tremendous contribution to interactive arts using musical notes. The famous Canto Ostinato totally concretized the notion of interactive art.

Thereby the commencement of art could be alternative, nonconformist, even eccentric sometime in respect that art is mutable and sentimental unlike design and invention. Nevertheless, the way the Nine Muses evoke and enlighten this meretricious world parallel with each other – the interaction.

Art is an alternative way of using the laws of nature. Each forms of art are attempting to find the equilibrated relationships with nature, society and community.

As a result, whatever media can be, information constantly is capable of being transformed, yet the participants should apply efficient method as well to the actualized milieu for interaction implied into presentational content or ideographic one is always the discipline for them to determine what to do and how to do.

Tags: book review, from image to interaction
Leave a Reply
This blog is protected by Dave's Spam Karma 2: 2705362 Spams eaten and counting...