Now that the use of social networking sites has become pervasive in our daily lives, the deluge of images floating around in the cloud is growing larger then ever. The Internet has moved from a mostly text-based medium to a multimedia smorgasbord; streams of images, still photography and video, are being uploaded and shared throughout the web. The producers and consumers of a large portion of this material are the users of SNSs. The move from early blogs, Livejournal, MSN, MySpace to Youtube, Flickr, and Facebook shows a similar expansion of the use of images and video.

The bombardment of images is further empowered by mobile devices that also function as a digital camera. To refer to these devices as simply phones does not make sense. The rich multimedia experience smartphones have to offer make photography as ubiquitous as social networking. The hard- and software tools for photography and image editing are readily available and easy to use. Many of these tools are now remade into applications for mobile devices, like Instagram. Photos and videos can be produced, edited and uploaded from anywhere, by virtually anyone. SNSs feed on this material. Every shared picture or video represents a certain amount of views/clicks/likes and therefore value for the SNSs to be extrapolated through selling advertising space.

From Analog to Digital 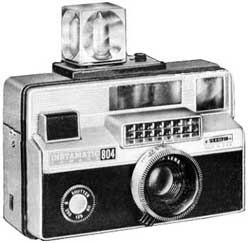 Analogue photography first made its way into consumer society in the late 19th century; Kodak presented their first camera with the slogan “You press the button, we do the rest”. Later, in the 1940s, Polaroid became the instant and affordable way to be creative (and dirty) with photography at home. It was fun and playful and social in the sense that we stored our (private) family memories on film. The depth of field, the sensitivity of the film grain, stumbling through the dark room, the acquired smell of hydrogen sulphide, the surprise factor when picking up prints, all the nostalgia surrounding these antiques still makes it hard for faithful users to ‘go digital’ all the way.

Creative expression through digital images has come a long way since MS Paint. Digital photography was invented with the CCD sensor in 1975, again by Eastman Kodak. The JPEG and MPEG compression format in 1988 allowed for easier storage of digital images. The digital camera became affordable for the average user around the mid-1990s. The Sony Mavica from 1981 was the first video still camera and it produced an electronic/analogue recording of the image. In 1997, the first digital Mavica was introduced for the consumer market. It used 3.5-inch floppy discs and was able to record a whopping 20 pictures at the lowest resolution setting. Indoor photography was not its strongest feature; artificial light sources often resulted in jagged JPEG artefacts. The digital imaging and editing technologies have since evolved to the hand-held HD cameras and the Creative Suites that have become the industry standard, bringing professional photography and video within the reach of every consumer with enough money to spare. Webcams come standard with most laptops for some years now. Ever since the bandwidth could handle it (and for as long as it remains profitable), the amount of video uploaded to Youtube everyday is mind-boggling (more than 20 hours per minute, estimated may 2009). 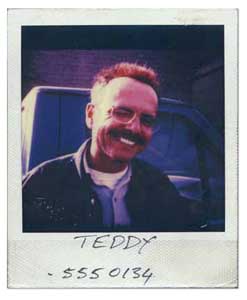 Rise of the Professional Amateurs

The digital native generations that grow up with all these digital toys and playgrounds can be considered produsers or prosumers when it comes to creating content for the web. Making images and expressing themselves through a range of multimedia comes ‘naturally’ to them. The rise of the professional amateur, the pro-am, has led to SNSs that attract users by offering free space to share their content and gain access to online communities. Youtube and Vimeo are the prime examples when it comes to online video, although Facebook is taking a lot of effort to keep the content within its own virtual walls. Facebook offers free storage for photos, videos, email, etc. It tries to hold the position of a one-stop social network, to keep their users from moving to the competition. Even then, these different platforms complement and benefit of each other by the reposting and sharing of links.

Most photos on Facebook are simple snapshots of social events that take place in real life, often made with mobile devices and representing a local network. To say the least, these are often very crude shots that display amateurism when it comes to technical norms of photography (wide-angle, flash photography, no depth of field). Flickr on the other hand focuses primarily on photography (Share your life in photos). The social aspect revolves around sharing photos, comments, technical specs, tips and tricks, etc. Photography is the core business that brings it all together. The users of Flickr are likely to have a more outspoken interest in photography than their peers that just post their pictures on Facebook or Twitpic. Flickr users can be roughly divided in the so-called pro-ams and the professionals. The groups are more likely to be online and global communities, not necesseraly representing existing connections in real life.

User group demography, interactions, and discussions within these groups can be an interesting field for research. The tags are also of great interest. What are the motivations of the different users to use certain tags? How is meaning constructed and discussed within these groups? Furthermore, to trace the lines, if they are there, between the pro-ams and the professionals on Flickr, one could hold a survey or track discussions threads and user contributions. Like this video praising analogue photography, posted in the Flickr group blackandwhite. The ensuing discussion is as interesting as the video itself.

With everything in public, the way we look at images changes. Our associations change, our thinking changes, the way we see things changes. In what ways? What are the psychological and social implications on individuals and the collective? What will be the cultural norm? Clouded the future is. Mass-media today functions as a globally networked imaging factory, social media users have taken over the production of images and shifted up the gears another notch. We are consumed with and by taking pictures, looking at pictures and sharing pictures online. We are produced by and produce ourselves through these pictures. The new flight paths this presents to our collective imagination are surfacing all over the web, the retinal connections to the strings of signifiers from the media are alive and flickering, as are the social and cultural effects.