On June the 10th of this year the Amsterdam startup Roamler launched their free iPhone-app bearing the same name. Roamler challenges its ‘Roamlers’, the name for the users of the app, to complete certain tasks on assigned locations using their iPhones and in doing so earn cash as well as experience points and badges. With these Roamlers can compete against each other and climb the Roamler ranking, unlocking more complex assignments that offer more money. Some of the assignments can be fulfilled at home (‘make a picture of something red’) though most assignments asks its Roamlers to hit the streets to carry them out (‘make a picture of littering in your city’). The Roamlers’ wage is paid by the companies that make the assignments, using the content provided by the Roamlers for market research. By combining the virtual with the physical, the app is facilitating location based crowdsourcing in that it mobilizes an online workforce that will happily ‘work’ for any company as long as the assignment is fun and the earnings are sufficient. 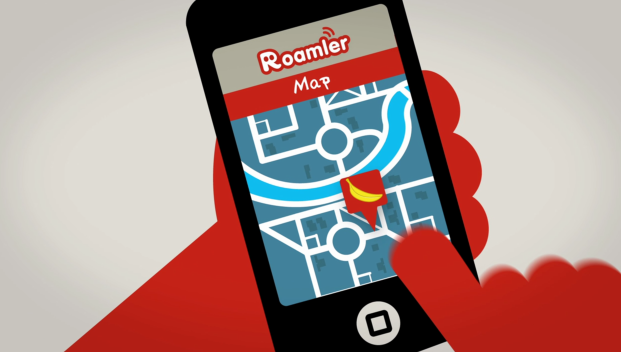 Users can download the free app on their iPhones and activate their account using an activation code. Examples of these assignments range from “take a photograph of your refrigerator” to “complete a checklist at a playground in Amsterdam”. Roamler sends out their assignments using GPS. Heineken for instance once had a stand on a festival and wanted Roamlers to take photographs of it. Roamlers that were in the neighborhood got a message asking them to complete the assignment. Roamlers that did, sends these pictures to Roamler via the app. When the assignment is approved Roamler then pays their Roamlers the amount they’ve earned through PayPal. Aside from the money Roamlers also receive experience points and badges like in Foursquare. When a Roamler completes many assignments in a certain period he or she goes up in the Roamlers ranking, enabling them to compete for better assignments that are either more fun or makes it possible to earn more money. This game element is important for Roamler because it causes the users to stay active and sharp.

Roamler is founded by Martijn Nijhuis en Wiggert de Haan who were working together at the market Research bureau Isiz. In December 2010 the two where working on a project for a client specialized in billboard advertising. Discussing the foundation of the company in an interview on Frankwatching.com: “We approached it pretty 1.0: we simply asked people to take surveys on the street. As iPhone-enthusiasts we figured that in these times this should be able to be executed in a quicker, smarter and most of all funnier way. It was this notion that lead us to think about a location based crowdsource app. We immediately started building our business case, looking for launching partners and putting together a team. And now, a half year later, there’s Roamler!” 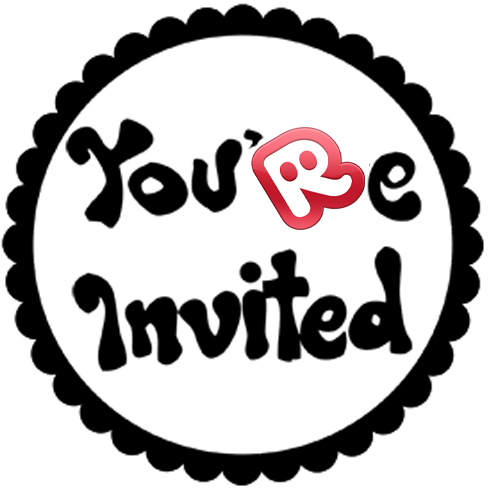 In the weeks after the launch fifty people where invited by Roamler to test the app. These ‘First Fifty’ consists of – probably considered influential – bloggers, journalists and students. Roamler launched the app with launching-partner Heineken, asking these first Roamlers to go on a search for the new Heineken Coolcan in supermarkets and stores and photograph it. With every photo a Roamler earned 2 euros and 60 experience points. The network of Roamler is expanded gradually by the invites users can give away to friends or people they feel should be a Roamler. With this strategy of expanding the network through invites Roamler follows a similar strategy Google+ adopted in launching their new social network service. In this strategy the service is made available to a limited number of people, who then can send a limited number of ‘invites’ to people they know. This snowball method will lead to an expected 10.000 users around September this year. Roamler adopted this model of slow growth to remain exclusive and to be able to manage the network. Despite – or actually because – the fact Roamler isn’t free to all the buzz around the app and the number of people wanting to join is huge. A quick query on ‘Roamler’ shows numerous blogposts and people eagerly wishing, wanting, asking to be invited either by Roamler or the Roamlers. The appeal of joining the Roamler network is so big that invites have become an actual commodity: they are being sold for around 15 euros on the Dutch version of Ebay, Markplaats.nl. Where some Roamlers thus are actually selling their available invites, others address the question of giving out the invite slightly more philanthropic: blogger Chantal Coolsma for example gave away her three possible invites to people that donated a minimum of five euros to a charity of choice. 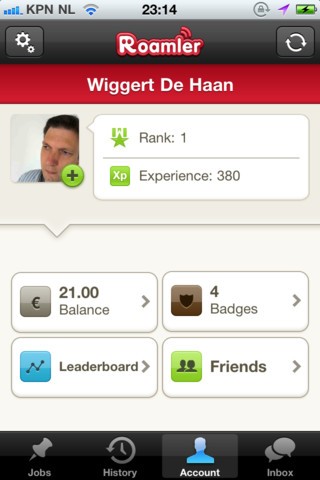 So who, then, are these happy few? Wiggert de Haan explains: “We expect that most of the community will be formed by 18-25 year old users. This will mean the typical users of Roamler will be students that like the possibility of earning some extra cash and recognize themselves in the experience and competitive aspects of the app. The number of 10.000 – the number of users we want to have around September this year – is an estimate. We want to be able to cover all the large cities and around 80 % of the Netherlands. Around September 2011 we want to have a large enough network to execute national assignments. Around the end of 2011 we then want to introduce the concept abroad. The contact with our users is very personal. We want feedback from our Roamlers, which assignments were fun and which weren’t? What brands would you like to see featured in future assignment? We want to keep our Roamlers happy, simply put.”

Clients using Roamler include commercial retail companies, congregations and outdoor advertising companies. These organizations need information about how their products are presented, experienced and viewed upon in the public space. Roamler does this: it is able to offer fast, cheap and flexible information for its client. By asking the Roamlers to put effort in completing an assignment Roamlers are furthermore engaged in the brand, organisation or even a town. The City Council of Amsterdam for example asked the Roamlers to take photographs of graffitis they thought added something to the city and therefor should be preserved (i.e. not be removed). The organisations, brands or people that send out assignments via Roamler pay Roamler. Roamler then pays a considerable amount of that money to its Roamlers, the ones completing the assignments. “We’re focussing on clients with whom we can build structural relationships. We feel the possibilities of the concept are wide enough to facilitate this.”  “When Wiggert de Haan and I thought of the concept we assumed we wouldn’t be the only ones doing this. In the United States there is an app called Field Agent which focuses purely on the aspect of earning money and doesn’t have a community. Then there’s Gigwalk which launched around May this year that is quiet similar to our concept and is currently successful in the United States. What I like most about our app is the fact that it combines the physical and the virtual. It isn’t something that takes place only on the internet, in stead you really need to do something in the physical space.”
It will be interesting to see if people, when the novelty of the concept starts wearing off, will remain as excited about putting their free time and energy to work for a company for a fairly modest pay. I, for one, would love to see how it feels to actually make money with my iPhone and roam the streets to decide myself. So, here goes nothing: the invite can be send to leanderroet@gmail.com :)…
Tags: app, crowdsource, crowdsourcing, iphone, locative, roamler
4 Responses to “App review: Roamler”
Leave a Reply
This blog is protected by Dave's Spam Karma 2: 2705362 Spams eaten and counting...