What to do with a brilliant new App Idea? 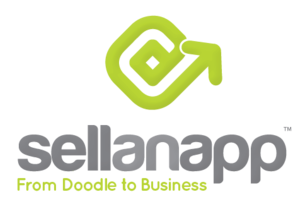 SellAnApp focuses on mobile app development through crowd-sourcing and funding and thereby gives everyone the opportunity to ‘transform their ideas into an actual mobile app’. Sharing your app idea at their platform is the very first step. Secondly anyone can give feedback on it and with enough confidence, decide to invest in your idea with €20 (or more) which gives them a share in the revenue. SellAnApp has made it possible for anyone to invest in the company through Symbid.When enough people are financially supporting your app-idea, SellAnApp takes it over from here, arranges the technical part by building it and help you with launch. Like one of the Co-Founders, Milan van den Bovenkamp, says himself:

On October sixth the international blog about technology news, business and culture The Next Web has also published an article on  SellAnApp in which Milan van den Bovenkamp answers questions. Although this was the same day Steve Jobs died, they’ve received a lot reactions on this article. By reading it the founding of the concept comes clear:

“Often approached by friends and family who want to create an app, Milan and his partner discovered that there was a gap in the market, a need to bring down the entry barrier, giving anyone the ability to create a professional app of their own” (Nancy Messieh, 2011)

Because apps and crowdsourcing are of my interests, I wanted to know more about SellAnApp so I’ve asked Milan some questions myself.

Just to get some clear idea: How many ours a day (or days a week) are you busy working for SellAnApp, and which kind of things does your work consists of?

My work consists of branding the company (mostly) online. It’s about letting people spread the world and get people enthusiastic about what we’re building. Branding is also completing and fine tuning the User Experience of our future product. Together with my partner we’re managing the build of the platform. We have a partner company helping us out with the coding of our platform. I spend 4 days for 10 hours. In the future that will be a lot more.

What was the hardest thing getting through the start up phase ? Where there any unexpected issues you got confronted with?

Now for us it’s a challenge to get as much people enthusiastic, but not let people wait to long for the actual product. We’re planning to launch in 2 months (December) and many many people already signed up. We’re also striving for the initial seed capital to be 100 percent soon.

The crowd-sourcing and -funding concept seems to be a new and very promising field for business, on the SellAnApp homepage it comes clear you’ve even used it for many other things like even the tool- and logo-design. What was your first experience with this concept and did what finally inspired you to build further on it?

Crowd-sourcing and -funding is now made easier with the internet. Crowdfunding is very old concept but it now has become much more popular because of banks refusing investments for new businesses, especially for internet projects. Entrepreneurs had to find other ways of founding and funding a company. Crowdfunding platforms like Symbid.com and Kickstarter.com were the popular results.

Crowdsourcing is a way to be connected and create with a shared goal. For me I think it started at Peer to peer file sharing with Napster. It was a great way to together share files and music. Crowd- sourcing now is asking the whole world for input. The best work wins and gets chosen.

Why we use it? Because it’s both very efficient and strikingly effective! We love the internet.

In your interview with Nancy Messieh you say: “We want to build an online service which will change the way that consumers and businesses can create apps.” Do you think the more common model to created apps nowadays will finally collapse? Or with other words: do you think the way apps are created (at least till now) will disappear? So actually I’m asking your view on crowd-sourcing and funding in relation to the internet industry: Do you think two different business models can work at the same time, or is this perhaps in a shifting moment from one business model to another?

I can be very clear in this. It will both exist, and works great together. It keeps everyone on edge because there’s a competition. Individuals will make apps and also companies will still make apps, and everything in between (we).

I can imagine the app- doodles and ideas posted on SellAnApp are also very interesting for other parties and app-creators (or even multinationals like Apple and Android) to see which kind of apps consumers are still missing. The whole Samsung- Apple affair has shown us the market nowadays is very eager on new ideas and selling them. Is there a risk with SellAnApp growing bigger and getting more famous on the Web, these parties ‘steal’ thoughts and launches your apps first? If so, how do you stay in control of this?

We believe it lies in the execution and not in the initial idea. Note that the affairs you describe also lie in the execution of ideas, patents and stuff. Successful platforms like Kickstarter.com and 99designs.com are flooded with good ideas. Who wants to initiate other people’s ideas? On the internet there’s a great social control. Once there was someone in India that copied a Kickstarter project and some find out and he was ‘socially banned’ from the online scene. To stay in control of this we have to provide a great platform to bring ideas together and make it as good as possible, before the competition does.

In a few years the number of apps has increased enormously (almost explosively). Do you think the large number of available apps can- or will be a bump in the road for SellAnApp? And when so, what is your solutional approach?

There are more and more filters and curators online that select the good apps from the bad. I think there will keep solutions for everything coming. Also with the strong rise in the use of mobile, the mobile phone market is only for 15% smartphone. And don’t forget tablets and other devices like TV’s in the future could be equipped with app stores.

Also we provide a solution for apps in the appstore to become successful. People can fund money for promotion of their already existing app.

In your (60 seconds) video on the homepage it becomes clear SellAnApp is able to take care of the technical- and app-building part. How do you manage this? Did you got in contact with those technical designers first? Or was it the other-way around? (so received first a lot of ideas and secondly found people to work on it?) Or where you perhaps already in contact through some other projects with those people?

We’re home in the world of internet, technology and applications so there were people we were already working with, or wanted to work with in the future. Developers are hard to find but almost 70% of the app development process goes in to the design of the app. And that we will cover with crowd sourcing tools. So actually we’re making it efficient and fun, both for developers and for the idea producers.

Do you have a tip for someone who wants to post an app-idea? What kind of idea get the most positive reactions or most financial support? Is this perhaps a particular genre like gaming,news, travel, weather, health, mapping etc.?

Keep the ideas close to yourself. Everyone with a passion for a particular subject will one day come up with a great app idea for their niche or particular challenge. For example, I myself come up with app ideas in the field of snowboarding, longboarding, cycling, games, education and connectivity.

Final question, which 3 apps would you recommend to all the smartphone users? Or which are your 3 favorite ones ?

SellAnApp has his own blog, Facebook and Twitter through which everyone can stay up to date on all the app news on the platform.

Tags: app, crowdfunding, crowdsourcing, Milan van den Bovenkamp, SellAnApp
2 Responses to “What to do with a brilliant new App Idea?”
Leave a Reply
This blog is protected by Dave's Spam Karma 2: 2705362 Spams eaten and counting...