Netneutrality: a product of the control society?

Early May 2011, Dutch telecom provider KPN announced her plans to block certain mobile Internet services like Voice over IP, in order to offer these services for an additional fee. One of the reasons for these measures is the decline of profit generated from regular text messaging and phone calls because of their online alternatives (Bits Of Freedom). After this announcement Vodafone also noted their plans of blocking certain services such as VoIP.

The plans of the telecom industry encountered criticism from consumers, government and companies. The European Commissioner of ICT, Neelie Kroes, announced an investigation about the possible blocking of data traffic. On 20 October the European Parliament understated the urgency of supervising net neutrality and noted the serious risks of ‘data discrimination’ (Webwereld). According to the French digital civil rights movement ‘La Quadrature du Net’ the European Parliament will make amendments to the European legislation to support the neutrality of the Internet (La Quadrature du Net).

Control society
Deleuze’s well-known essay “Postcript on Control Societies” from 1990 is defining a turning point of social formations. Deleuze describes that society has shifted from “disciplinary societies” to the “societies of control”. We have moved away from a society based on the confinement of institutions, and moved towards a society based on modulation, in a constant process of adjusting and deforming. (Deleuze 3) Society is no longer molded into an enclosed system of discipline, but a continuously modulating and flexible process with the emphasis on control. This has his consequences for the established institutions, like the education system or the factory. The modern individual is no longer subject to a fixed pattern, instead it shapes their own in a continuous process subject to variable rules and regulations (Deleuze 5). 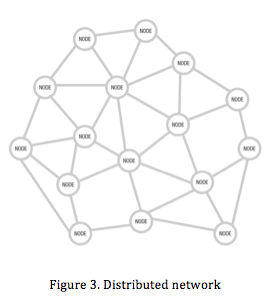 Using protocols to discriminate
The Dutch telecom providers are challenging at the level of protocols. To understand this we need to go more in depth on how protocols of the Internet function. In “Protocol, Control, and Networks” (2004), Galloway and Thacker describe how protocols operate on different levels of a network. Using the specifications from the  “Requirements for Internet Hosts” they define four different layers of the Internet. (14).

In our case study, the providers use protocols for another cause, to discriminate data. One of the to be blocked protocols is the “Voice over IP” (VoIP) protocol. According to the Federal Communication Commission this protocol designed to set a standard for the sending and receiving of digital audio signal (FCC.gov). The VoIP protocol is used by applications as Skype. Another threatened protocol is the XMPP protocol, used by text messaging services such as WhatsApp!. (XMPP.org) Both protocols are located at the application layer of the Internet. They are built on the transport and Internet layer of the network, the TCP/IP protocols that ensure a neutral, non-discriminative connection from node to node.

According to Stanford Law Professor Lawrence Lessig the role of an Internet provider is in the name: providing access to the Internet. Providers of mobile Internet should therefore be seen as part of the link layer. The plans of the mobile Internet providers are however based on specific protocols from the application layer of the Internet. In a way this debate is following the same trajectory as Lessig describes when mentioning the rise of broadband cable Internet.

According Lessig the providers will insist that it is their right to layer onto the application layer of the Internet. In the end, the possibility for the providers to filter the application layer is made possible by the organizational structure of the network. For the application layer is nested into on all previous layers, in the end resulting in all layers to be dependent on the link layer –the layer that is now being controlled by the providers.
This means the discrimination of protocols such as VoIP is made technically possible, but Lessig stresses out the consequences: When providers discriminate data this will be at the expense of the open feature of the Internet commons. Resulting in drastic consequences for innovation (Lessig 184).

And it is exactly innovation that threatens the telecom industry. Its decline of profit is mostly caused by innovative products that are based on the open features of the Internet. In our case study, threatened services like Skype or WhatsApp are part of a new industry that is colliding with the established industry. From this perspective, it is interesting to know that Google, being perhaps the biggest representative of this new industry, together with Amazon and Microsoft is promoting for a law that guarantees net neutrality (Hahn and Scott 3). The new industry is built around a neutral platform, protected by its protocols.

As Lessig states, the protocols that govern a network are not fixed, they can be replaced by different protocols later on. There is nothing that forces obedience to the neutrality of the net. The Internet is merely a set of protocols that is free to be supplemented with protocols added on top. Any one is free to change it (Lessig 183). In our case, this is what the mobile providers want to do: to alter their protocols at the link layer to discriminate data from the application layer, making use of the protocols itself to discriminate.