The new media designer, an interview with Robert Crain. 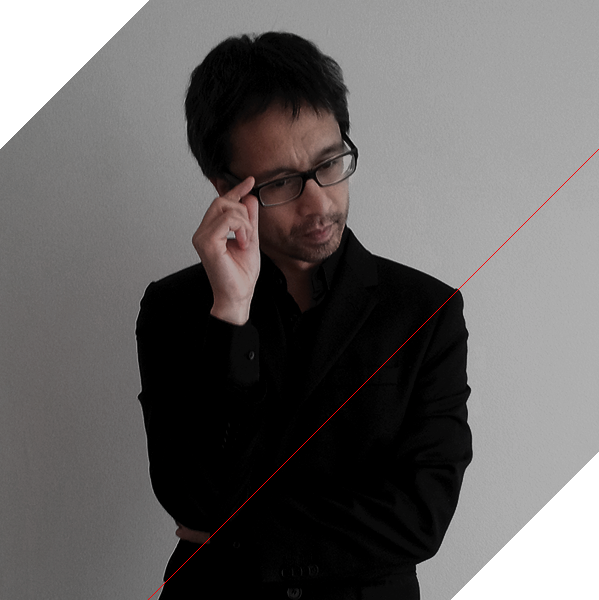 Can you tell me something about your professional background?
About twenty years ago, I started studying audiovisual design at the Willem de Kooning Academy in Rotterdam, with an elective on graphic design. In my first years, I was working as a VJ, after that I directed commercials and videoclips. Then I got interested in Branding. I started working as a conceptor at VBAT, a branding agency in Amsterdam. Here, I became a creative director in charge of a creative unit. I moved to Satama, a finnish interactive agency, where my work also started shifting to the interactive field. I worked at another agency, Conquista, and after that started teaching at the University of Applied Sciences in Amsterdam. Now I also teach design on my own initiative at designtrainer.nl. A kind of playground for design education where I can go more in depth and experiment on specific topics.

How has the role of a graphic designer developed in the last twenty years?
In online media, the role of a visual designer has become more supporting than leading. If you look at print media, there is still work for a visual designer. But on the web you have to deal with a lot of different people, a lot of different disciplines. The former role of a graphic designer was at the center of a creative team. Now you are part of a bigger process. On the web the graphic designer has a more supporting role. The web is text based, the web is content driven. This means content over form. This is not necessarily a bad thing, it’s just part of a bigger shift in the process of developing media. Maybe the role of a visual designer is going to be more elite. As being responsible for the identity, which can then be used on a broader scale of media. People make more use of templates. Not everything has to be designed by a professional designer to make it look good. This might also be necessary because of the proliferate use of media nowadays.

How important is it for a designer to incorporate things as interaction, and animation in their skillsets?
A few years ago, I was sure that as a designer you had to develop yourself as broad as possible. It is very simple, in the end this is what pays your bills. However, now I see something else happening. Comparable with slow-food, people who put enormous effort in their cooking, this is also happening to design. Slow-design. People who do put a lot of weight on the design part, people who are specializing in merely the design itself. And those people are pretty succesfull. Perhaps as kind of a counter development, existing next to the broader designers. In Amsterdam there is an agency of a few recent graduates from the academy, and they totally ignore web. They just focus on print, only books.

Is there a future for these kind of “print-only” agencies, or is print media slowly being absorbed by new media?
Well, it is more of a choice you make as a designer. But of course you cannot ignore the upcoming of new media. The web was really interesting in the early 90s. There were no rules or guidelines, resulting in all kinds of strange navigations and interactions. Web was really the future. Now, the web is more or less completely filled in. Standards have taken over. That is why for some creatives, web is no longer interesting. Print however is becoming more interesting, since that kind of things are still possible. But, there are no budgets for this. So you choose the freedom over the budgets.
I don’t think books will ever dissapear. There will just be less books. The book now needs to be exquisite. A good cover, good lay-out, heavy paper, maybe even smell good. It will become more a niche product. The big volumes, mass media, is being replaced by new media.

What do you think of current new media? Do they propose more or less limitations as apposed to print media?
You have to hand in some things to get some things back. In interactive media, the medium Is not about the demand of designers, but the demand of the consumers. As designers we can want everything to be interactive, animated, as slick and progressive as possible. But in the end, if the consumer does not agree, we as designers cannot go there. Despite the fact that it might not be as much appealing to designers, it can be much clearer for consumers. It is still about communication, sending a message. In the end it is about craftsmanship, and the customer is king.

Is it possible for a designer keep up with the developments in new media?
To a certain extent. But there is a point on which your old skills are too much apart from the new media. That is why it is a common thing in modern times to never stop learning. We are in a continous process of education. Perhaps it is more interesting to look at the question if the previous print designer of twenty years ago is willing to change. This is something that is not only, not part of his generation, but also not in his age group. What happens to this people? When a young designer is in his or her thirties they kind of hang on the things that they are used to. By then they are much less open to change. The industry on the same hand, is always demanding for young talent. You really have to keep up with the crowd, instead of being ahead.