Edial Dekker, CEO of Gidsy: from hacking to collaborative consumption

In yesterday’s class we discussed the development of free software and open source. A major shift has been taking place, albeit in a slow pace, from proprietary software to a more open and free form. This change is described by the likes of Eric S. Raymond in his seminal paper “The Cathedral and the Bazaar”. In it Raymond makes an analogy between free software and a bazaar. He similarly states that methodologies adopted by industries for software development and distribution work more in a “cathedral-like model”. Raymond is also mentioned in Christopher M. Kelty’s explorations of free software and open source. Kelty illuminates the key similarities and, moreover, the biggest distinctions. Kelty emphasizes the five core principles of free software as ignited by Netscape: sharing source code, conceptualizing open source, writing licenses, coordinating collaborations and fomenting movements.

What’s also interesting to see in the development of the free and open in programming, is the complexity of liberalism. Code first provided proprietary software in combination with intellectual property. In this sense, intellectual property introduced scarcity by creating ownership on ideas. Free software tries to invert intellectual property and it does so by licensing. With open source, one should be able to monetize by using the source code and developing it further into a product. Boldly put, free software and open source provided fuel for hackers. Now there are many different views on what a hacker actually is or does. Popular culture mostly show crooked connotations of a hacker being someone who steals your data (which actually is done by crackers). The term now slowly rises above that notion, as it more and more suits the definition McKenzie Wark gives in his “A Hacker Manifesto”. Wark states that a hacker provides us with new information. To hack is to produce new information. 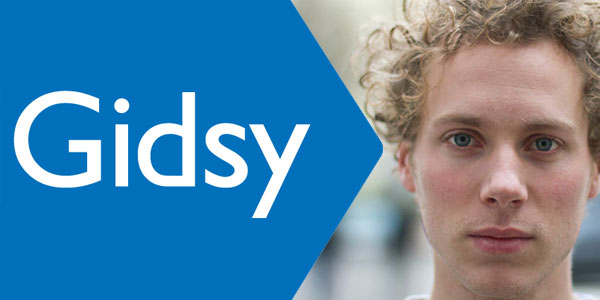 Now, over to Edial Dekker. Dekker studied New Media at the University of Amsterdam and in the past was involved in a few hacking projects. He co-founded Hack de Overheid (Hack the Government) and actively contributed to Music Hack Day. Two playgrounds in two very different fields, both providing the ability and opportunity to create new forms of information and also make them accesible via various media and applications. Dekker currently lives in Berlin as the CEO of Gidsy. It’s been only two days since the launch of the public beta, which was preceded by months of intensive research, fundraising and networking. Gidsy’s core business consists of a marketplace for unique experiences. The platform is seen as a form of collaborative consumption. An explanation on that can be found in the screen cast of the interview I did with the man himself. Watch and listen as Dekker talks about Hack de Overheid, Music Hack Day, Berlin, Gidsy and collaborative consumption. (Note: the sound quality is bad. My apologies.) As an extra I added the talk Dekker gave at the Lift Conference in Marseille earlier this summer.

Edial Dekker on the Lift Conference

More information on Edial Dekker and his talk