About Paola Gulian
Paola Gulian, 23 years old. I attained a BA in Advertising and Media in 2012 and an MA in New Media in 2013. Currently working within the field of social media advertising and PR and have previously worked for NGO's and non-profit organisations as a creative media strategist. 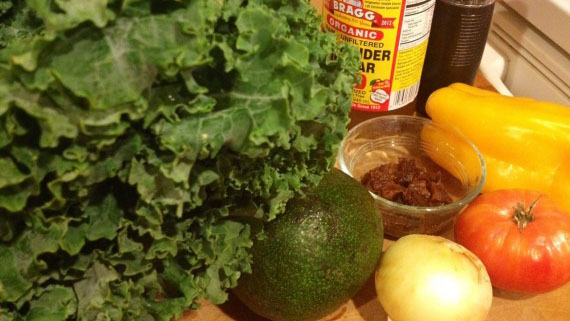 Nowadays, people tend to always want to aim higher, wanting to succeed in their career as well as their personal life. They work on perfecting their image and are willing to go far for the sake of being closest to perfection. And who wouldn’t want to feel perfect and detoxified from the inside out? Or want to have full control over every aspect of their existence? Modern society has become obsessed with the idea of being able to take control of their career, life, mind and body. The Internet gives consumers the endless possibility to share their stand on issues as well as share their interests, fears and weaknesses with other people from around the globe.

Over the past decade an online trend has taken over – pro-anorexia blogs, forums and websites. Pro-anorexia spaces promote eating disorders and encourage young men and women to maintain an unhealthy lifestyle. Members of such web communities help each other succeed in their goals and swap tips on how to disguise their eating disorder, as well as hide it from friends and parents. In 2001 TIME published an article on pro-anorexia communities – “Anorexia goes High Tech” (2001, Reeves), the article explains what the aims and dangers of these websites are.

A new wave of diet blogs and websites has emerged – Health food blogs. Raw and health food blogs advertise the raw vegan lifestyle and offer support as well as give tips on how to maintain such diets. Much like pro-ana, vegan websites’ goal is to teach people how to take control over their lives and their health in the way of controlling what goes in and out of their bodies. Most users’ aim is to become healthier and get thinner, much like pro-ana users. Rowan Deacon directed a documentary for UK’s Channel 4 following the lives of raw food obsessed people – “Health Food Junkies”.

Eating organic, non-processed foods and exercising regularly is viewed by society as being healthy. Raw vegan and organic food eaters tend to obsess over the way they eat and what they eat. Focusing on the pureness of the food they are ingesting. People tend to start cutting foods out of their diets and gradually giving up on essential nutrients with the aim of becoming healthier and pure thus being in control and feeling successful. But as any extreme diet, this kind of lifestyle holds its risks. The habits and motifs of raw vegans are not far from the pro-ana users’. The extensive obsession over the pureness of the food becomes enslaving, much like striving to get thinner. Perhaps maintaining a raw food diet is a way to mask an eating disorder. And to no surprise, this kind of obsessive dieting has been viewed as an eating disorder, labelled Orthorexia Nervosa. Clark describes this illness: “Orthorexia is an obsessive-compulsive disorder that creates severe phobias about eating impure, unhealthy food.” (2010)

As the media has distorted the perception we have of beauty and normality; slender people are presented as being healthy. People in western countries live with the constant pressure of having to look a certain way. Being thin is viewed as being successful, as Saguy and Riley state, “being thin has often been framed as a product of good lifestyle choices” (Saguy & Riley, 2005). With the high expectations society has, the Internet gives us the possibility to meet to try and meet those expectations and pursue perfection.