Journalism in the digital age

Vancouver news media as an example

Late last year, I had the opportunity to interview twelve journalists in Vancouver, British Columbia, as part of an undergraduate research project. I interviewed six journalists from the local “corporate media,” and six from “alternative or independent” sources. The goal was to investigate the state of the local media landscape, and to compare these two sides. What I discovered was a landscape struggling to adjust to a major shift in news production, content, and readership. The following is a brief overview of my findings. 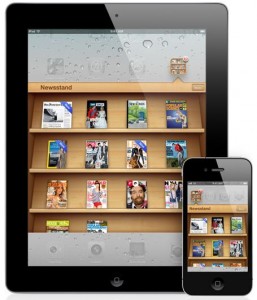 Traditional media such as print and television are becoming increasingly less popular as newer generations turn to the Internet. Perhaps just as importantly, advertisers are also losing interest in traditional sources.

In addition to accessing news online, consumers can also do this on a variety of devices: Via their computer, tablet, smartphone, etc. They expect it to be pushed to them via social media, RSS feeds, and email. These possibilities are creating an audience that expects news on various platforms, almost instantaneously. Audiences are being bombarded with sources to choose from, many of them being offered for free.

As journalists try to meet the demands of the online reader, their resources are being stretched even thinner. They are pressured to publish news online as soon as it happens, even if that means foregoing quality. They are expected to tweet live from events, and to capture video and photo content to keep the audience engaged. This added pressure, coupled with tight budgets, led many journalists to admit that the quality of their coverage is suffering. Even radio stations, which would traditionally focus on one medium, now need text, photo, social media, and video content to complement their broadcasts.

Several journalists interviewed admitted to spending less time analysing or deeply researching issues. According to one journalist, “you may be churning out stuff that is interesting, but perhaps not ground-breaking, perhaps not relevant to somebody’s daily life, or perhaps isn’t going to prompt some change for the better”.

Although new sources can be produced online, there are unique difficulties that come with this type of news. Like most independent news sources, funding is always an issue. With limited funding, local online news sources are having difficulty training their staff on Internet skills, such as Search Engine Optimization (SEO), web writing, and social media. Without this training, they have a hard time staying competitive. 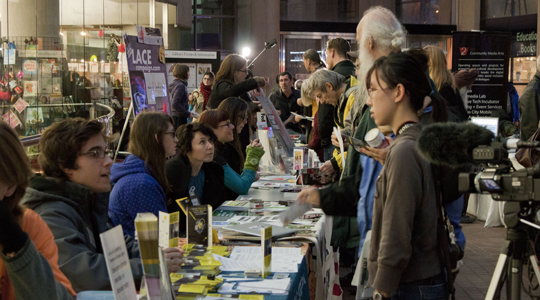 The journalists interviewed from news websites cited struggles of legitimacy and credibility. When a newspaper moves from print to online, they bring their legacy with them. As is the case with the Huffington Post and The Tyee, online sources can gain credibility based on an individual’s reputation.

However, journalists from either side also admitted that this lack of “brand recognition” makes it more tempting to choose corporate media as a workplace. Without quality journalists taking the online plunge, news websites will continue fighting for readership.

Online-only journalists also revealed that they are treated differently and given less access to news stories than their corporate peers. One of the major players in Vancouver’s online news scene stated that their sports coverage suffers because the city’s NHL team will not consider online news as ‘press’. Similarly, journalists from all types of independent media admitted to being treated differently by politicians, while some from the corporate side admitted that they have privileged treatment.

Despite the struggles in online news, it still has its benefits. Online news sites tend to hire more freelance writers, giving them a wider range of opinions. In this study, the online journalists tended to feel less pressure to constantly churn out news, giving them more time to think through and develop their reporting. They also felt less constrained by time and space, be it a sound byte, newspaper page, or television segment.

Audiences have turned to online news for the convenience, but the impact it’s having on them might go unnoticed. Online, it’s easier than ever for audiences to ignore news that doesn’t coincide with their beliefs, limiting their chances to come across opposing viewpoints, like in a print newspaper.

Audiences are also catering newsfeeds to their tastes, whether it’s on social media or Google News. Many news aggregator websites tend to prioritize breaking news, which can leave online-only news at a disadvantage. By nature, these sources tend to cover smaller stories and rarely have access to exclusive mainstream content. In his book The Filter Bubble: What the Internet is Hiding From You (2011), Eli Pariser discusses how search engines automatically cater our content for us, based on our preferences.

Readers are also affecting content on the sites themselves, without even realizing it. The new possibilities of online metrics means readers are essentially “voting” for content with every click. One journalist interviewed from corporate media admitted that his paper needs “click magnets” like “celebrity photo galleries” in order to generate enough ad revenue to support other stories. However, many journalists admitted to feeling pressure of posting lower quality content in place of hard-hitting news. “Reading is funding,” said one online journalist, “if you drive traffic, that’s what’s going to sell ads, and that’s going to pay your rent.” Considering the vast options for news sources, journalists have to fight harder than ever for their audiences.

The news media is still struggling to find its place online, amidst online news, social media, and the blogosphere. This increase in news sources seems positive for democracy, as the power shifts from media companies to the hands of the public. More than ever before, the audience has a role to play: They can produce, demand, and fund news, but they first need to find it. Online media literacy is becoming increasingly vital if the news media is to continue fuelling democracy as it has done for ages. As eloquently said by Vancouver’s Media Democracy Days: “Know the media. Be the media. Change the media.”

Media Democracy Days 2012 will be held in Vancouver on November 2-3. MDD is an annual speaker series focusing on the state of the news media, and advocating for a democratic media landscape. Live video stream and coverage will be available on the MDD website: http://mediademocracyday.org/.