Genes, Memes and Temes: Paradoxes in Meme-Theory and the Dangers of Memes 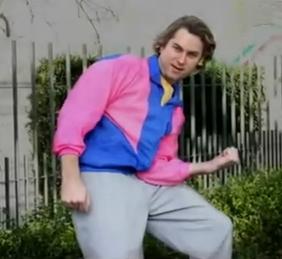 In March 2012 the animated sitcom South Park aired an episode featuring the potential dangers of memes. Its message: it is impossible to keep up with the latest memes and those who choose to imitate certain memes in public are likely to get hit by an abruptly appearing train. The show warns about a bunch of popular memes, varying from Tebowing, Bradying, Catbreading and Planking, the latter most likely being the one that triggered the creation of the episode after some actual planking-performers either got themselves seriously injured or killed during the act. Although South Park is known for its exaggeration of certain themes, is it true there are potential dangers related to memes? And if so, what are they?

While conducting a research study on memes last year, it interested me to see how few people knew what a ‘meme’ was. Sure, everybody who surfs on the WWW regularly has been in contact with meme-like phenomena, but often many don’t know exactly what the memetic concept entails. Even though memes are often considered to have an exclusive relation to the Internet, the concept of the meme was already coined by Richard Dawkins in 1976. 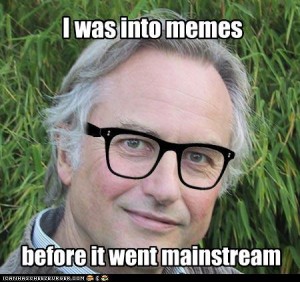 Back then Dawkins compared the spread and replication of cultural ideas with the biological fashion in which genes reproduce themselves – hence the name ‘meme’. A meme can consist of varying forms of cultural transmission, ranging from melodies to catchphrases, fashion styles and technologies. He theorized that many cultural productions are constantly replicated throughout society and envisioned that ideas have the ability to spread like a computer virus, slowly infecting everyone on their path. Consequently the most characteristic premise of the meme is imitation.

Dawkins claims that memes have shaped the basis of our cultural history and are responsible for the evolution of mankind itself. This fact is hard to deny since, from one’s birth, the individual is subjected to certain memes that already circulated in culture, just like he or she is inextricably linked to genetic material resulting from centuries of evolution. In other words, the individual is never fully sui generis. Supporters of Dawkin’s memetic concept underline the similarities with Darwin’s evolution-theory. Susan Blackmore, for instance, says memes are in constant struggle with each other, engaging in battles in which the fittest memes will ultimately survive at the expense of others. According to Blackmore, the information that is being transferred from one person to another evolves via a similar process of natural variation and selection as the evolution our genes, in which certain memes are more successful than others, sometimes without an evident explanation. Some are useful to us, others are not. Supporters of the meme-concept like Dawkins and Blackmore go even further by suggesting that memes are in symbioses with our genes by claiming that the cultural evolution of mankind (memes) is closely interrelated with our genetic evolution (genes) and that certain memes are useful to our genes by enhancing our survival. Whether or not this is the case, it is certainly hard to adequately prove or disprove this idea and the memetic metaphor seems appropriate for describing the transmission of cultural information. 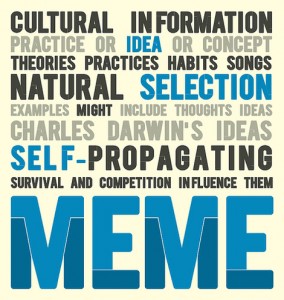 Of course there are some flaws in the memetic concept as well. Firstly the theory is lacking philosophical dept by reducing a complex body of ideas to a one-dimensional series of memes. Dawkins envisions his concept as an all-embracing entity that explains every cultural phenomenon without overlooking the individual details between various cultural components. (Also note that a meme is not equivalent to just an idea, it is that which is imitated over and over. For instance, a viral YouTube-video of an Avril Lavigne clip is only considered a meme if it’s being copied, replicated or parodied). However, one of the main critiques of the meme-concept is the fact that theorists like Dawkins and Blackmore consider memes to be autonomous functioning entities that are replicating themselves instead of being consciously appropriated by individuals. They truly consider memes as viruses that infect the individual’s consciousness whether he or she likes it or not. So, in their eyes, memes are self-replicating life-forms that are unstoppable. Susan Blackmore states that memes are ‘selfish information that will get copied if they can’ (Blackmore, 2008). 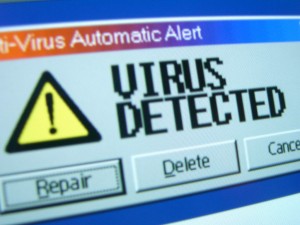 If this were to be true, their uncontrollability is perhaps one of the biggest dangers of memes. But then again, according to Blackmore, cultural evolution is always a hazardous development as such. There is, however, another lurking peril that she explicates in her additional concept of the ‘teme’, a technological extension of the meme-concept. She claims technology is now beginning to form its own meme-like replicator. So, if one considers genes to be the first replicator (the evolution of natural life), and memes the second (the evolution of ideas/culture), then the third replicator is related to technological evolution. Basically, Blackmore tries to convince us that the invention of smart computing in forms of artificial intelligence and the semantic web will make technology capable of a similar process of selection and variation as humans have executed for centuries already by means of memes.

So actually, now the temes are forcing our brains to become more like teme machines. Our children are growing up very quickly learning to read, learning to use machinery. We’re going to have all kinds of implants, drugs that force us to stay awake all the time. We’ll think we’re choosing these things, but the temes are making us do it. (Blackmore, 2008)

As is the case with her memetic point of view, Blackmore considers temes as autonomous functioning entities that shape us and not vice versa. And soon, we will be the old machines. According to Blackmore, the age is upon us where teme machines are able to replicate themselves and eventually carry on without us, making humans obsolete in favor of the machine.

Perhaps Blackmore over-personifies memes and temes altogether. Still, with the automation of many of our daily tasks by now, the teme-process has possibly already started. With the popularization of the Web, locative media and surveillance technologies, it seems that the world is being wired up to an omniscient electronic mind and that we are perhaps at present losing the battle with wave three of the memetic process. I think that, even though Blackmore’s theory on memes and temes contains some aspects that are a bit farfetched, it is without a doubt that media technologies continue to influence our perception, socioeconomic modes of organization and cultural relations. So, whether the ubiquitous process of technologization turns out to be in favor of the machine or in favor of human civilization, only time will tell.

To wrap up: the true hazards of memes not lie in the innocent imitations of certain gestures, language and other fads, and then placing them on YouTube, as the South Park episode suggests, but in the machines we’re using to produce and spread memes. It is suggested that these machines will ultimately produce the memes for us, resulting in an out-evolvement by our own creations. So eventually, we shouldn’t be worried about getting hit by a train for imitating (often) useless memes like Pedobear, YOLO or Courage Wolf, but instead about the day computers truly become self-aware.

P.S. And for those who do want to continue meming, remember to use the appropriate poses: ‘peace sign’, ‘bunny ears’ and ‘fake wiener’.

Blackmore, Susan. ‘Imitation and the definition of a meme.’ Journal of Memetics – Evolutionary Models of Information Transmission, 2, 1998.