By: Juliana Marques and Sonia Kolasinska

Tired of checking many news websites every morning to get the full overview of what’s going on? Pulse is the solution. With the help of this app it’s a piece of cake to gather posts from your favorite news websites and blogs in one place. Released two years ago, the app gives an overview of chosen news sources in a clear, simple way. Scrolling, sliding, refreshing, navigating  and managing content is very intuitive, and the graphic design is pleasant to the eye.

Two Stanford graduate students, Ankit Gupta and Akshay Kothari, launched the app as the assignment for one of the courses. Unsatisfied with news apps at that time, Kothari believed that it’s possible to create a rich, aesthetically pleasing platform. Gupta’s and Kothari’s main goal was to build a simple page which would aggregate RSS (Rich Site Summary) feeds from chosen online newspapers, magazines, and blogs. Pulse was officially founded in May 2010, and it’s popularity was boosted after being introduced by Steve Jobs on the developers’ conference. What began as a class project soon became a top selling app at the Apple Store.

There are certainly many characteristics for which Pulse creators deserve a pat on the   back. It is a cross-platform app, so it saves your account in all devices you use. You can then check news on your PC, smartphone, tablet, etc.

Pulse also offers the option to personalize its layout. It is possible to select font size, font style, background color, and choose between three different layout styles. Perhaps it’s not a very practical option, but it certainly gives a warm feeling of control.

Pulse, with its Chrome extension, also offers functions of a note taking tool. It is possible to save blog posts, articles or news posts to read later, even offline.

With a design similar to Pinterest, Pulse presents news in a very simple way: one image, one headline.  It takes some time to get used to various websites’ graphic designs, but with Pulse you can gather all of them in a single page.  Articles are organized in categories, such as news, music, entertainment, politics, sports, food, technology, fashion, and many more.  If you already have your favorite source of news, such as BBC News, The New Yorker, or Mashble, you can just add it to your feed with one simple click.

If you have any problems with the app or want to give feedback, it is very easy to get in touch with the Pulse team. Not only their Twitter and e-mail accounts are displayed on the site, but there is also a forum for submitting questions and suggestions.

What does Pulse offer me that Google Reader doesn’t?  In terms of organization and interface, Pulse is simply more attractive. It is easier to include your favorite sources on the feed, and it is free of annoying advertisements. If you can’t let Google Reader go entirely, you can synchronize it with Pulse. You can then save your news on both platforms at the same time, although if you do, you probably missed the point…

The app works just fine with Chrome for Windows, but  Mac and Linux users complained that the saving function didn’t work on many websites. Some users also reported that longer articles take a long time to load, and the app launched on iPads and smartphones often crashes.

Another problem with Pulse is that some content, such as pictures, slideshows, and videos, can be omitted on the feed if a website is not properly integrated with the app. Currently, U.S. based websites are the most representative on Pulse, which heavily influences the type of content displayed. On the other hand, it is possible to include your own blog or website. Just submit your URL in an e-mail to Pulse Connect and wait for their approval. Of course, it does not guarantee that your website will appear on other people’s Pulse as a suggestion…. 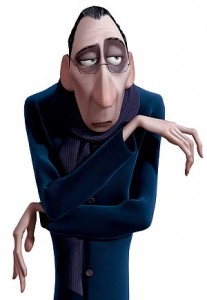 One of the points of critique of Pulse is, paradoxically, its strength. Because readers can choose their favorite newspapers, blogs, and magazines, they end up with a neat set of “my faves” to check every morning. As Larissa Hildebrandt writes in her blog post, it is then “easier than ever for audiences to ignore news that don’t coincide with their beliefs, limiting their chances to come across opposing viewpoints, like in a print newspaper”.

The services offered by apps like Pulse belong to the bigger trend of personalization of everything, from news and fashion choices, to playlists and images. Personalized news search creates, what Geert Lovink describes as “’echo chambers‘, where groups of like-minded individuals, consciously or not, avoid debate with their cultural or political adversaries”. Filtering news gives a feeling of control over unnecessary information overload, while in fact it limits our access to diversity of opinions, beliefs and viewpoints.

Apps like Pulse, especially when used on a tablet, also result in incidental news reading. PEW Research Center’s study on news reading on the tablet shows that nearly 88% of those who read long articles ended up reading articles they were not initially seeking out.

The age of information overload also poses many challenges for journalists. Because online readers desperately try to filter an enormous number of news posts, articles, and information provided through social media, journalists have to additionally struggle for their attention. The story has to- literally- make headlines on the website, social media and news apps. If an article is not well integrated with these platforms, it might never even reach the readers that it was supposed to reach. It will simply be lost in the landfill of online content.

Lovink, G. (2011) Networks without a Cause. A Critique of Social Media, Polity Press, Cambridge.

Mitchell, A., Christian. L.,  Rosenstiel, T. (2011) The Tablet Revolution and What it Means for the Future of News, Pew Research Center’s Project for Excellence in Journalism, Washington, D.C.