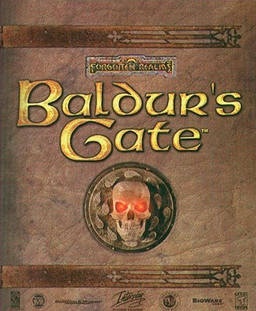 The revisiting of favourite films and novels is a common practice, in fact for many, the notion of ‘re-reading the classics’ can be even more enjoyable and enlightening than their initial interpretation. Yet for gaming, which has always and only existed in a new media environment, revisiting the classics has been limited and overwritten by hardware upgrades, software upgrades and general availability. However, for the last few years one website has been proving that you can teach a new operating system old tricks. GOG.com (formerly Good Old Games), has been providing gamers with the canonical classics of PC gaming, in the increasingly popular format of digital distribution, pre-patched or bundled with open source emulators to ensure compatibility with the modern machine. The urge to revisit nostalgic games of the past has been made evident by modern remakes such as the highly anticipated Black Mesa, a community based recreation of Valve’s 1998 classic Half Life that was released free of charge earlier this year. The digital distribution sites suffered severe downtime due to an unprecedented number of downloads. As a platform, GOG has reopened a market that was previously lying stagnant. Software emulation of both consoles and PCs has long existed as a method of playing older games illegally. By embracing this culture with their business model, GOG has opened up these possibilities for the layman user (and for those who don’t wish to infringe on copyright), with a simple installation process and a professional GUI. For many, GOG may seem like an unnecessary middleman capitalising on products developed by others, selling them onto consumers who could (though illegally) obtain them for free. However, as opposed to extracting value from an already barren marketplace, GOG are adding value.  The games are indisputably affordable, and offer a degree of reliability rarely seen through unofficial patches. The games developers see their fair share of capital, and even the third parties developing the emulators are now receiving a percentage for a service that they were previously unable to distribute commercially. All parties that have created value are seeing a return that they deserve. And if you still want to be a pirate, GOG entrusts their users with DRM-free content that you could distribute to your heart’s content through your preferred torrent community. 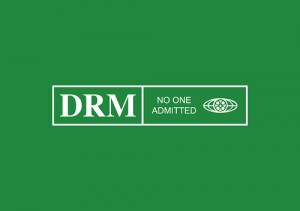 The lack of digital rights management is an important step forward for gaming, especially when we consider the gaming industry’s current economic climate of ‘day-one DLC’ and ‘always-online’ prerequisites within many ‘AAA’ (blockbuster) titles. In contrast, GOG provides you with a product that you feel like you own. They do not pretend to know their users individual habits and limit you to a number of downloads that they’ve determined to be ‘reasonable’. Compare that to the behaviour of AAA developer EA Games surrounding their 2008 title Spore, which was limited to just three downloads for the products entire life-cycle  It is apparent why this new approach is being welcomed with open arms. Furthermore, GOG does not restrict user access to their games through client software, as seen in the case of popular gaming market Steam, which prevents access to your games unless you are logged into their system. 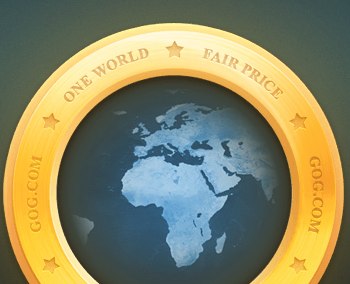 As an organisation, GOG is also attempting to address other imbalances within the gaming industry. A central aspect to their business model, or what they call their ‘Customer Love philosophy’, is fair world-pricing; highlighting what many other competitors seem to forget, that ‘$1 is not €1’. Alongside this is the fact that they have made their products available worldwide, which is a problematic limitation seen within the Steam client. Furthermore, as a smaller company they are willing to receive and consider community feedback (suggestions/votes), not only regarding the products they make available, which is a typical consideration of digital distribution platforms, but also on ways of improving the GUI of their own website in order to benefit the users.

Whilst businesses relying on a niche risk seeing their market swamped by larger competitors, GOG has ensured that they have a number of unique selling points and customer benefits that places their business model in good stead with the gaming community. What’s more, GOG are now offering contemporary AAA titles DRM free, cementing their position within the modern market whilst setting a precedent of customer care the likes of which major gaming publishers will hopefully take reference.

One Response to “Forgotten Realms: Revisiting the Classics”
Leave a Reply
This blog is protected by Dave's Spam Karma 2: 2705362 Spams eaten and counting...