“PIRACY IS A CRIME”. Or maybe not? 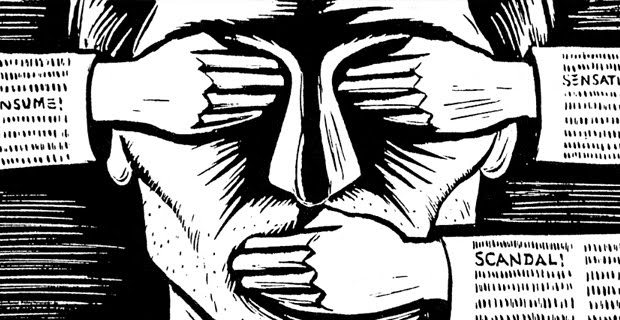 The recent ruling for ACAPOR case in Portugal-which is being analyzed further down-made me think about the online piracy legislation and a slight, but definitely not insignificant, alteration of it, that is currently taking place. Are the examples of SOPA, ACTA or even famous people’s open opposition against them, coincidental or do we live a gradual change of legislature and general public’s attitude towards the, until recently, really serious crime of copyright infringement?

An overview of online piracy

Copyright infringement, the formal term for piracy, is defined as the practice of, illegally, using the intellectual property in general, without the owner’s permission. Every country has very concrete legislation regarding copyright infringement and its own organized associations that aim to fight illegal downloading  in each form of it and, thus, protect the creators from this uncontrolled distribution of their work.

Based on a, really informative and detailed, infographic of www.go-gulf.com, released on 01/11/2011,online piracy  has ,impressively, high percentage of “users” all around the world and

Some of the most interesting conclusions are the following:

The conclusion that can be drawn looking further into the infographic, is that online piracy should  not, obviously,  be disregarded as a temporal phenomenon. It turns out to be an online everyday activity with faithful users that on the other hand, can damage seriously,according to the statistics and numerical values, the creative industry, thus the whole economy system.

Several studies and researches about online piracy verify these conclusions ,though the recent cases of ACTA, SOPA that have been deeply discussed were finally, considered as ambiguous and by many, an attempt for online censorship.

Is disposition towards online piracy really changing? Cases of ACAPOR,SOPA,ACTA 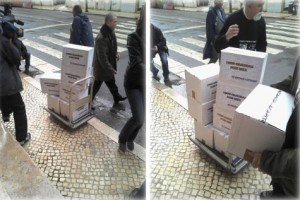 Last year ACAPOR -a Portuguese association of audiovisual commerce-gave in to the prosecutor 2,000 IP-addresses of suspected pirates while wearing T-shirts saying “Piracy is illegal”. The Department of Investigation and Penal Action (DIAP) looked into the complaints and the prosecutor came back with his order that was not at all satisfactory for ACAPOR.The decision of the prosecutor is cited below:

“From a legal point of view, while taking into account that users are both uploaders and downloaders in these file-sharing networks, we see this conduct as lawful, even when it’s considered that the users continue to share once the download is finished.”

The prosecutor added that the right to education, culture, and freedom of expression on the Internet should not be restricted in cases where the copyright infringements are clearly non-commercial. In addition, the order notes that an IP-address is not a person.The ruling explains that the person connected to the IP-address “is not necessarily the user at the moment the infringement takes place, or the user that makes available the copyrighted work, but rather the individual who has the service registered in his name, independent of whether this person using it or not”.

ACAPOR case really shifts the attention of “how we can fight online piracy” to “do we really have to fight it”? And even though, it can be considered as one isolated incident, the campaigns against ACTA,SOPA and PIPA come to put into interrogation the topic of illegal downloading, this time in one of its most basic and initial cores, this of its legitimacy.

Another resonant example of protest against anti-piracy laws, is found in the anti-SOPA video, released by Anonymous, that makes clear their statement on the set of the proposed laws ,talking openly about censorship of Internet, that has to be faced and actively resisted.

Is illegal downloading being, gradually, legalized?

Obviously, there is a shift of public against the digital piracy, that is not limited between internet users and individuals but also concerns companies or even governments. The above-mentioned examples are just a sample of the changing attitude, but should not be disregarded and should come into further research.

As an attempt to clarify the causes of this phenomenon, it should be claimed that there is a part-namely this of online users that support piracy as it provides them access to free content, easily and without implications. The anonymity and the convenience of attaining pirate movies, music, software, along with other forms of digital content is an emerging movement that benefits the “pirates”, financially but also dismisses them from other costs, that of time or even the psychological one. Users feel that they live in a free, totally democratized society, where culture and knowledge are distributed without geographical or other limitations.

As for the consequences of the piracy online, numerous researches and statistics reveal that intellectual property, distributed illegally, has serious effects on industry profit and sales and this is a fact, as illustrated briefly in the infographic above but also other studies that can be found in former research papers, listed in the references.

However, a recent paper research by the economist-researcher Robert Hammond from the North Carolina State University,titled “Profit Leak? Pre-Release File Sharing and the Music Industry” has examined the link between BitTorrent downloads and music album sales. Contrary to what’s often claimed by the major record labels, the paper concludes that there is absolutely no evidence that unauthorized downloads negatively impact sales. Instead, the research finds that more piracy directly leads to more album sales, as it works as a kind of promotion and advertising.The full paper can be found  can be downloaded.

Of course, we should not stay only on one research to make conclusions, but it could be a standpoint for further investigation and deeper thought of digital piracy and its evolution.

Returning to the first question of this article, the answer could be that there is ,indeed, an alteration of common public’s attitude that leads to legislature alteration ,as well. The main concern from now on, however, is to keep investigating and keep tracking this phenomenon to figure out whether is temporal or if we really live in an era of changing Internet legislature, that affects seriously not only Internet society and economy, but also the economic, social and even political background all over the world.

Tags: ACTA, copyright, legislation, online piracy, SOPA
One Response to ““PIRACY IS A CRIME”. Or maybe not?”
Leave a Reply
This blog is protected by Dave's Spam Karma 2: 2705362 Spams eaten and counting...