The Power of Social Media: Oil, Palm Trees and the Pedobear

Who doesn’t love social media? Facebook has recently celebrated more than 1 billion active users (becoming one the biggest countries in the world), Twitter has the power to put politicians on the throne or to throw them out in the gutter, people happily (actually quite furiously) comment on forums and big corporations spend top dollars on advertising campaigns that include social ads, direct likes, sponsored stories, paid tweets and so on. Well, I can tell you the name of at least two huge companies that learned recently how social media can backfire and destroy some of their carefully constructed digital image. Feast your eyes with two case studies on the recent adventures of Shell (the Oil Company) and Nestle (the food and beverages giant) in the wonderful realm of new media.

Let’s talk about the more serious case first. And when I say serious, I’m only talking about the actual subject of the campaign, as the final results where quite dramatic in both cases described in this article. As our world’s oil resources are scarcer every year, companies that exploit them have to drill where no other human being has ever drilled before. Fearing that their reserves in Nigeria are going to end up soon, Shell decided to change premises to the Arctic. They’ve got their marketing teams together and, with the help of ad agencies, started to explain to the world how the Arctic operation is going to happen and, of course, how safe and beneficial for everybody it will all be.

Enter Greenpeace. The environmental concerned company got on the case immediately and started an extensive hoax campaign to counter Shell’s real one. They built a regular digital strategy that included a platform, social media, video content and gaming. The Arctic Ready website looked exactly as if it was built by Shell. It has all the visual elements of the Dutch companies’ official homepage. But the message is right there, in your face, in the form of the content. Greenpeace has invited people around the world to express themselves creatively and let Shell know what they think. Just a few entries: 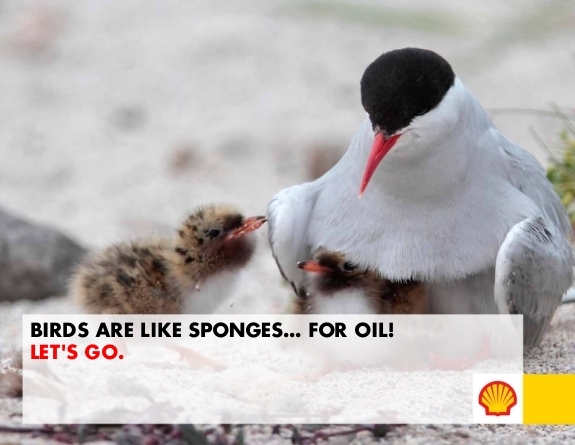 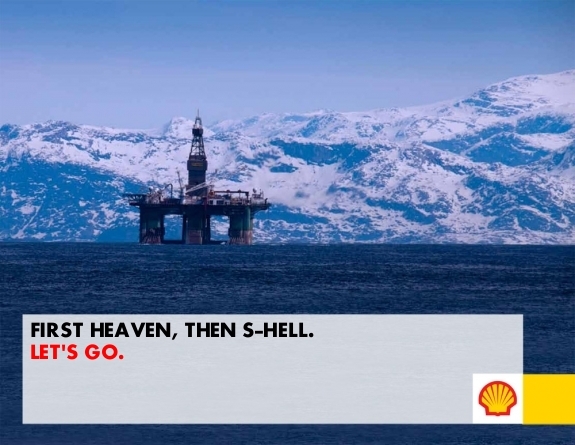 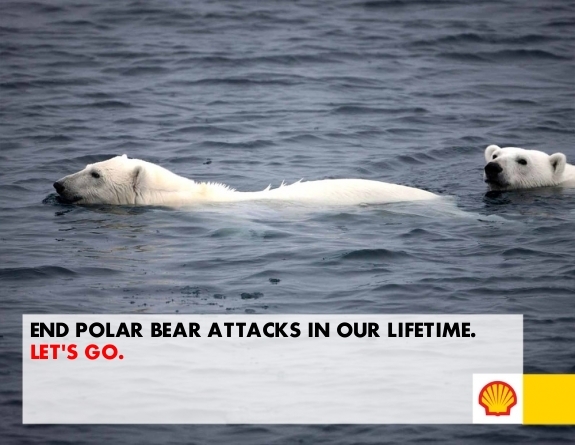 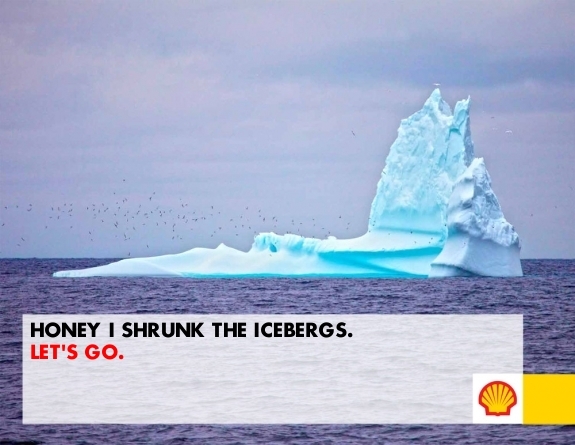 The icing on the cake (pun intended) is a fake-game called Angry Bergs (as in Ice-Bergs) that lets you destroy the Arctic and make money in just seconds. Word was also put out on Tweeter. In the end, the whole shenanigan brought a lot of attention on Shell’s intention of exploiting the Arctic. Despite the whole social media buzz surrounding the fake campaign (and, thus, the awareness towards the supposedly evil intentions of the oil corporation), Shell decided not to sue Greenpeace in revenge. They said they’re just going to mind their own business. Nevertheless, the Arctic is safe for now as drilling was postponed in the wait of clearer waters.

Now, for the fun part. Nestle is one of the world’s biggest spenders on digital advertising. And it’s also a company renowned for its alimentary products, being present in one’s life cycle from birth to death. The Swiss company struck a global deal with Facebook, agreeing to put a consistent chunk of their advertising budgets in Zuckerberg’s website, but they’ve done so after learning their social media lessons in a drastic way. You’ve probably heard of the 2010 scandal in which Nestle’s Kit Kat was accused of purchasing palm oil from companies that are destroying the rain forest. It has been deemed as the biggest disaster in the history of PR. In a nutshell, Greenpeace organized a digital mob and a riot against Nestle, the food corporation’s Facebook fan page being flooded with angry commentators. People actually changed their profile picture using a logo that said “Nestle Killer”. This was the website put together by Greenpeace as the center point of the revolt. It has all resulted in Nestle’s decision to stop working with the suppliers accused of destroying the rainforest.

But, this is all gone and buried now. In the month of July 2012 Nestle decided to take their first Instagram picture and upload it on Facebook. This is what it looked like: 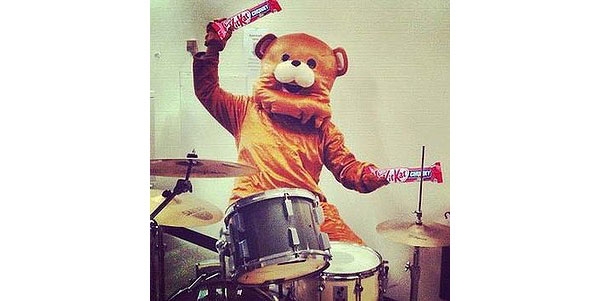 Now, for those of you who are not familiar with the practices of the 4chan.org community, let me introduce to you the Pedobear. As wikipedia describes it, Pedobear is an Internet meme, a symbol for pedophiles, something like their mascot. Let’s compare the pictures of the Pedobear and of Nestle’s mascot, put together: 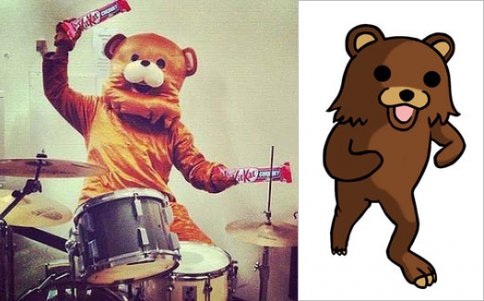 They’re quite similar, right? This is what the whole world believed, actually. Following Nestle’s enthusiastic message “Drum roll please… Kit Kat is on Instagram” that accompanied the picture of the dreaded character, once again, digital citizens around the globe flocked the fan page and flooded it with comments (only this time they’ve replaced threats with jokes). And, once again, Nestle had to admit that the use of social media can leave a sour taste in one’s mouth. They pulled out the picture from Facebook the same day it has been published.

What is the lesson to be learned here? I’ll leave this to the corporate marketing departments, PR firms and media agencies. They probably know already that today all media is social media. People have voices that can be heard whenever the need arises and they’re not always saying nice things. Furthermore, due diligence means knowing what the Pedobear is and why associating your brand with it will make all your potential clients laugh their socks off. I’m simply delighted to note, once more, the power of social media.