Go minimalist with your social media?

Why minimalist approach steps into our online life and what is the level of its effectiveness?

We all have heard about the popular minimalist approach by now. Most of us have probably seen reportage on TV, or YouTube about some new-born minimalist throwing away tons of expensive furniture, equipment, clothing. Leaving the space super clean and super empty, preventing the overload that could make him, or her, feel stressed. 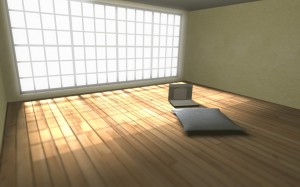 I’m thinking, did any of my unused old phones, or any of my too many pairs of shoes ever made me feel stressed? Somehow it seems to me, it would probably be more stressing if I had none, or not enough. If we talk new media though, that is a totally different story. How many times I felt annoyed, by unexpected apps loading on my phone, offering the new updates for “Twitter on you phone” that I didn’t really know what to do with, I cannot express. I can’t also count, how many times I felt distracted looking at the number of  notifications on my Facebook, trying to figure out how many events am I going to miss this time as obviously I can’t go to all of them. 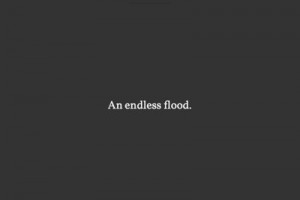 I decided to find out if more people feel the same way about things and if there is any evidence of shifting towards the minimalism among the online communities.

As soon as I typed the “minimalism and social media” into Google search engine, endless list of users, sharing stories of ‘unfriending’ people on Facebook, popped up. People seemed to consider Facebook just another popularity contest after MySpace, or Twitter, and feel urged to sign off that trend of creating Digital Noise.

I created a survey afterwards, to get a bit more detail about that discovered phenomena. It showed that among the interviewed, the amount of friends on Facebook never being contacted, or spoken to, is ranging from 20 to 70 percent, with the average (for the fifty persons group) being 45% of friends neither ever contacted, nor paid attention to in the news feed. Additionally, only around 50 percent of  the social platforms they were registered with were being visited on a daily basis, with almost 34 percent hardly ever being used, but with personal data uploaded on them, cluttering the web. 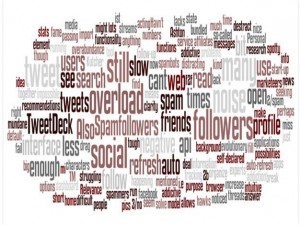 The most valuable insight though, I’ve gained during the focus group with some of the survey participants. Most of them have already tried to filter their Facebook friends, or limit the list of people they follow on Twitter to minimize the information intake and data overload. Although, it didn’t really stop them from adding new people in the manner very similar to that before, so the removed positions were quickly replaced with the new ones (later to be removed!), because “meeting new people is so great”.
A Few of the interlocutors additionally applied the functions limiting the news and particular content visibility, in order to try to structure the outcome and minimize unwanted, or redundant features and information. However, at the same time, they were liking new positions, or allowing new apps to interact with their profiles, which on one side expresses the human nature of constant learning and changing interest (clearly enhanced by the new media as such and by the information availability), on the other though, it causes the circle to close, and therefore does not prove the minimalist approach too effective.
What also does not help in breaking out of that scheme, is that “we have an inherent fear of not wanting to offend others”. We will try to “follow” everyone, even if our brain is struggling with such an information overflow. We are on Facebook, because it meets our psychological need – “it validates us and makes us feel “Liked” (both statements by digital minimalist, Adam Boettiger).

Another interesting issue to discover, was that content is only valuable if it has the audience that makes time to consume it.
So while growing networks of social media, emails and other channels are great for (e.g. Facebook’s) investors and “start-ups that need to demonstrate growth and usage, the fractionalisation and fragmentation of our own individual attention is suffering” (digital minimalist, Adam Boettiger). There is an enormous content wastage produced by the social media. The amount of friends’ news, or general posts that we deliberately omit on Facebook (not being able to absorb it), or the “twitter stream updating so fast, and so often, that I was missing a lot of tweets I didn’t want to miss” (source: the focus group), are probably creating the content wastage surely keeping up (if not exceeding) that of the product, or resources wastage in the consumer markets.

What conclusions can one draw from the above findings? Is the minimalist approach not adequate for the social media platforms? Is the flowing nature of the ‘online’ so incompatible with the physical world that it excludes application of the minimalist theory, that seemed to work in real world, to that of the virtual? What other ideology, action, or approach could therefore be more effective in uncluttering the online space, (in the very same way, in which we reduce the amount of invaluable, or unneeded things around us, to be able to feel free, but less stressed and overloaded)?

It seems ideal to me that a minimal workflow should be pursued in software, hardware, and work environment, which could greatly enhance our productivity and state of mind. It should take away what’s not important, but more specifically, highlight what is important, thereby allowing us to focus.

“The philosophy of minimalism, as I see it, is having exactly what you need, when you need it, for as long as you need it. It’s not about just less, it’s about just right”. — Patrick Rhone, Minimal Mac