Social media in Iraq: in search of the truth 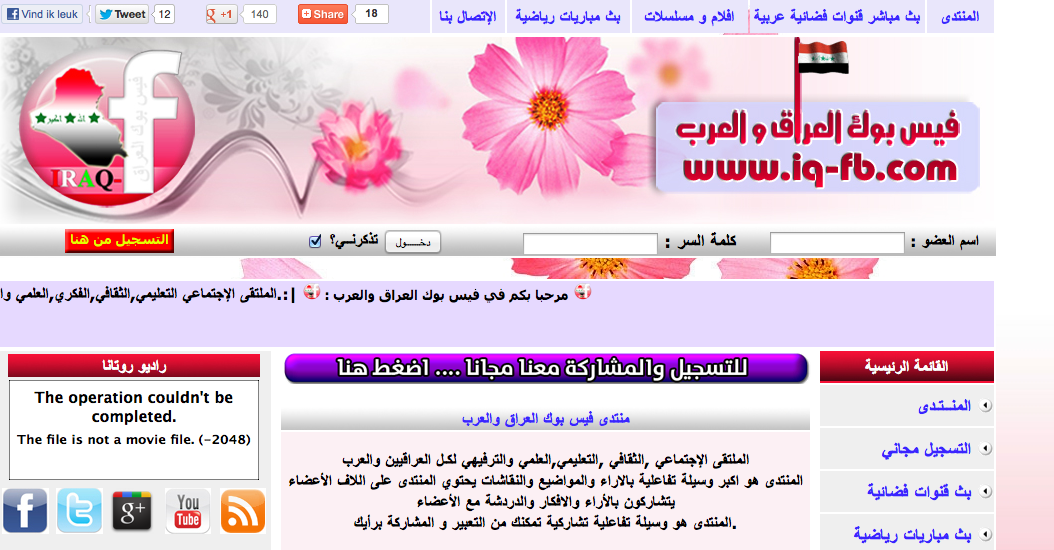 Like elsewhere in the Middle East, in Iraq social media is a fast growing way of communication. Contrary to the situation ten years ago, the use of mobile phone is nowadays nearly universal. Internet cafes are booming and the amount of Iraqi users on Facebook exceeds two million users.

During the Saddam Hussein dictatorship, there was no free media in Iraq. The main TV Channel was Iraqi TV, which featured patriotic music, government news and propaganda. Saddams oldest son Uday produced the newspaper Babel and a local Iraqi TV channel called “Al-shabab TV”. Internet access was tightly controlled and very few people were allowed to be online.

One decade after Hussein’s fall in March 2003, the media map has changed completely. Iraq is fully introduced into the world of modern telecommunication. More than one hundred television and radio channels broadcast in an Iraq where there is freedom of press by law. The first printed newspaper has disappeared in favour of a digital version. The Internet is accessible almost everywhere, without any restrictions.

Audience research shows that while Iraqis continue to rely on television as their primary source of news and information, social media and mobile devices play an increasingly important role in the consumption and distribution of news. Studies instructed by IREX (International Research & Exchanges Board) conclude that the trust in traditional media is low. While Iraqi being extremely interested in the news, they remain sceptical of national and local media. Nearly half of the Iraqis surveyed cited ‘friends and family’ as a reliable source of news. It is in this context social media claims it’s place in the news distribution. 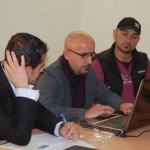 Khaled Sulaiman is a lead trainer in social media for the Independent Media Centre Kurdistan in Iraq. Kurdistan is an autonomous region in Iraq. Sulaiman teaches people basic journalism skills and he shows them how they can use new media forms in their work: “I teach them to use more than one source if they investigate a story. Social media are very important in finding more sources and investigating stories.“ Especially since 2010, due to an increased access of the Internet, social media are booming. Sulaiman claims that the public opinion is made on the Internet nowadays: “People share their thoughts about the news on the Internet and discussions will follow. News channels are supposed to be objective, but certain restrictions still remain. People on the Internet can help us find the truth. That is my main objective. Tell the truth.”

Sulaiman gives the example of the young Kurdish woman Nigar Rahim. She was raped by one brother, then killed by another brother to wash the shame brought upon family “honour”. Facebook users in Iraq started discussing this case and people started signing a digital appeal for more justice. “This is a good example of the public opinion being formed by social media.” although Sulaiman.

Sulaiman also has a personal website where he posts blogs. He translates important international articles from French and English to Arabic, because he believes people deserve to know. He critiques the Islāmic party in his blog posts, but there are limits to his writings. “I do not write everything, because I do no want to get in trouble.” 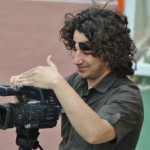 San Saravan, one of Kurdish founders of the online media activism group on Facebook, is an example of one of the new media activists who is not afraid, although he has been threatened by authorities several times for his social media posts.

In February 2011, in several Iraqi cities demonstrations were held, calling for reforms to fight corruption and improve social services. In Kurdistan it was no difference. Saravan witnessed the demonstrations in As Sulaymaniyah, Kurdistan.
“It started on a Thursday. The demonstration was bloody. A young boy was killed, 59 others were wounded. Police were shooting at people” Saravan decided to film what he saw. Despite being beaten up by the police, he continued to record the demonstration and the violence with his camera. He was not the only one filming. “Something new happened. With one hand, people were throwing rocks, with the other hand they were filming it with their mobile phone.”

Saravan was excited about what he had seen. He stayed up all night thinking what he could do next. Saravan: “Traditional media belong to the political parties. The media is hardly open. They did not show everything. I had no restrictions of what I was filming. I wanted to share what I had seen.“ He decided to put his footage on the Internet: “I wanted to put it on a website, so the international world could focus on this.“

Demonstrations in as Sulaymaniyah, video shot by San Saravan. Viewed: over 44,000 times.

Soon people started downloading the video. People that had simultaneously filmed the demonstration, asked him to share their videos of the demonstration, because according to Saravan they didn’t have enough courage to do it themselves. The filmmaker got several new Facebook friends whom he’s never heard of but who all knew him. ”There was a different excitement. For the first time ordinary people saw how they could be part of the news”. This new way of communicating evolved from earlier happenings. “After Egypt and Tunisia, a whole new movement was created in the Arab world. The use of social media in the Arab world is bigger than anywhere else. Facebook users here as well realised social media can show you the things you really want to know.” 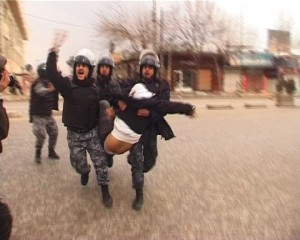 Saravan: “I was beaten three times, they attacked me during demonstrations, I was threatened. Unknown people called me and told me they knew where I lived and that I should stop filming. It was risky. Sometimes I did not sleep at home. I left a copy of my hard drive with colleagues just in case. But I am stubborn, so I continued the filming.”

Not only did Saravans coverage have an impact on the normal Iraqi people. He sent his videos to international media as well. This resulted in the visit of a French journalist to Iraq. He had seen Saravans movies and decided to come and see for himself. Based on Saravans footage, he made a documentary of the demonstrations for ARTE. Unfortunately, this documentary is not online. 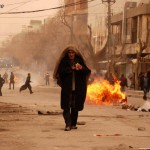 When the demonstrations ended, Saravan continued to use Vimeo and the Facebook action group to broadcast his opinions on political issues. Currently he is involved in animal trade and the emancipation of women in Iraq. He wants to make people think about what they see on TV. “People watch TV, but even before watching the news, you already know what to expect on Iraqi channels. I want to give a different dimension. Tell the truth. In that way social media will be more important in the future than TV.”

Despite the authorities San Saravan is hopeful about the use of social media in news stories. But he sees another problem: in the Iraqi society itself. “We still have a long way to go. We live in a masculine society, so people, especially women, get in trouble using Facebook. Family members still kill women for receiving Facebook messages from male friends. It does not even matter what the subject of the message was.”

Whitehouse, Mark and Johnson, Rob. Audience Analysis – The Role of Journalism and Social Media in the Consumption of News in Iraq. Vienna: D3Systems, 2011.