Interview with Andrew Goffey – Our Approach to Evil Media

About Isabel Theissen
master student of the New Media and Digital Culture program at the Universiteit van Amsterdam // graduated in Social Sciences (B.Sc.) at the University of Cologne with a focus on Marketing and Media Management // studied a semester abroad at the Universté Paris 1 Panthéon-Sorbonne (Political Sciences; History of Arts) // several work experiences in press work; online-communication and event management // lastly responsible for the press work of the Cologne fashion and design event "le bloc" // interested in traveling; communication; fashion and design; art -especially photography; cooking; jazz-dance // research interest: positive and negative impact of social media on the real-life; integration of social media in marketing and PR-strategies; online-communication.

As part of our New Media Theories Master’s symposium we chose to look at the recent MIT press publication from Media Theory scholars Matthew Fuller and Andrew Goffey – namely ‘Evil Media’. The expectations that we had of the book, (drawn mostly from the title itself, along with the introductory blurb and a few short synopses found online) could not have been more wrong.

At first we expected the book to deal with what is perhaps one of the most popular issues of current theoretical debate, the abuse of power within the modern incarnations of the media giant – the unknown algorithms of google, SEO, the unstoppable global influence of Facebook etc. These traditional forms of media study approach power in terms of ownership, access, identity, representation and interpretation and Evil Media at first appeared to be approaching the issue from a similar standpoint.

Fuller and Goffey’s text concentrates on what goes on behind the stage curtain, the hidden relations of power that rarely receive the attention they deserve. They argue that, due to the collapsing of the technical into the cultural even the smallest seemingly insignificant calculations and program features can yield huge influence on wider society. Domains such as the “world of administration” that are usually ignored and viewed as too boring and small-scale to be worthy of sophisticated academic involvement in fact require and immediate attention and ‘Evil Media’ attempts to correct this misplaced scepticism. 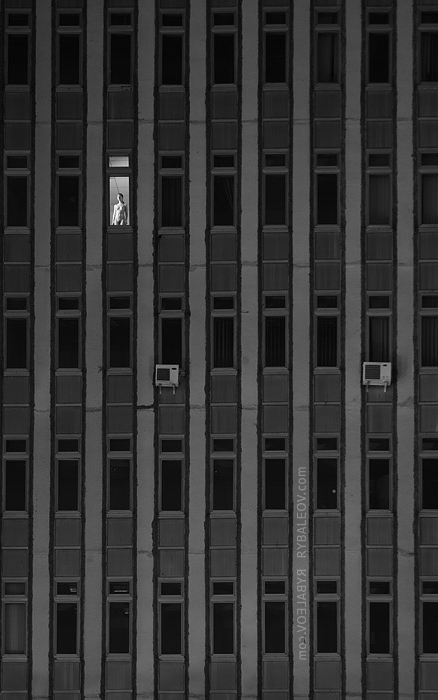 Gray media
The authors use the term “gray media” to refer to the aforementioned examples of small-scale mediations. Examples of such gray forms could be found in office databases, instances of human-computer interaction, the world of leaks, and the overall networks that are constantly operating in the background of the modern digital arena.
The term ‘evil’ does not in this case denote any moral judgement. Rather this very intentional word choice reflects the ever-present potential for manipulation that exists with these particular forms, whilst also acting as an academic reference to the writings of Machiavelli and others (particularly with regards to his discussion of the nature of power within The Prince). They critique the normal use of the term within both media theory and wider discussions of morality as over-focusing on the view of the spectating individual. Their new reformed approach instead “suggests that mediation entails the process of becoming activated, whether one consciously takes on the role of spectator or not” – thus the focus should be placed elsewhere, and gray media forms is precisely where the authors put it.

Stratagems
They aim to gradually develop a series of stratagems (40 in total) that provide practical real world suggestions for how we should best deal with these forms of gray media that exist all around us. This perspective rejects the passive perspective of the spectator and in stark contrast to strategies or tactics, stratagems do not consider errors and failure as necessarily obstructive but as potentially beneficial tools.
In an interview we later conducted with one of the authors, Andrew Goffey, he claimed to use some of these 40 stratagems in day-to-day life and argued that a number of them have potential practical use for within the workplace and beyond.

Their structure>Our approach
Due to the nature of their stratagemic approach the book is laid out in a manner that at first appears to be totally inaccessible to the untrained eye. Aside from a relatively conventional introduction the book possesses no identifiable clear structure and Goffey himself admitted that the book could easily have been reorganised in a number of different orders and still resembled the same text. Thus perhaps it is better to refer to the text as a series of individual essays and thought processes, all of which are united by the same understanding of the potential power of ‘gray media’ forms.

As a result of our initial difficulty to engage with the book, with equal regards to structure and content we decided that the 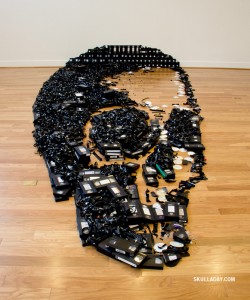 approach of making a summary video or something of a similar nature was not going to be the best way to proceed. At our first group meeting all four of us had plenty of questions but no answers, hence the most logical way to proceed was to contact the only two people in the world who might just have these sought after answers, the author themselves. Due to circumstances out of our control we were unable to get in contact with Matthew Fuller, but fortunately Andrew Goffey was able to hear us out, at admirably short notice.

The Q&A with the author format worked out better than we ever could have hoped. Goffey was extremely patient with our questioning and admitted himself that a number of his peers and colleagues had been having equal trouble digesting a book which at first sight appears entirely unpalatable. He clarified a number of the key issues we were having and helped us, as a group to really understand the book as a whole, which was certainly no mean feat.

Audience and Reception
Once the initial difficulties had been cleared up one of the key points we wished to discuss with Goffey was the intended audience that he and Fuller had in mind when constructing the book. As an academic text Evil Media exists in a domain all by itself. The majority of texts from similar backgrounds aim to appeal to a combination of both public and private audiences, private in this case denoting the academic circles within which the text will be discussed. However the book seems to directly appeal to neither. 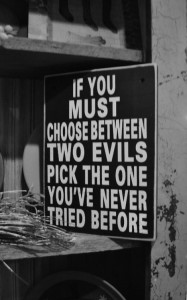 Its insistence on pursuing the dissimulation approach, first pioneered by Machiavelli, renders the book practically inaccessible for a lay audience (perhaps even a student audience, drawing on our own experience), whilst also alienating a large chunk of its potential academic audience due to the incredible difficulty of referencing from a text that is purposefully worded in a manner to distract and confuse the reader.

Thus the question arises as to who exactly this book has been written for. Whilst some other media theorists have been working in a similar area (e.g. Geert Lovink) Goffey and Fuller are essentially alone in their pursuit of evil media studies. When we pursued this line of questioning with Goffey he admitted that neither he nor Fuller had any particular audience in mind at all. The idea for the text had been thought up when the two had met at a conference and decided to expand the previously published 16 stratagems (in Parikkas Spam Book, 2008) into a full text. This expansion and subsequent publication was supposedly experimental on the part of the authors. They were unsure how the text would be received, or if it would be at all.

“Phenomenological richness”
Yet perhaps this is the key strength of the text, as a whole. The majority of academic texts exist in relation to other publications, either in response, or as a form of provocation with sight of a future reply in mind. Evil Media, as mentioned earlier, on the other hand, is in a domain all of its own. It is perfectly exemplary of what can take place when academics take a step out of the strict boundaries of their own disciplinary backgrounds and ‘experiment’. And this was exactly how Goffey described the text to us in the interview. When he sat down, along with Fuller, to begin the construction of the book, they had a blank slate before them, an open book on which to record their experimental endeavours. The fact that it draws from subjects as far ranging as STS to classical philosophy is due to this unique approach. At times the book is difficult to comprehend and process, and the dissimulation approach can be distracting, yet it undeniably achieves something that a large majority of similar publications no longer manage to do – it is original, a completely new theoretical position, and hence represents a breath of fresh air for the discipline of New Media theory.