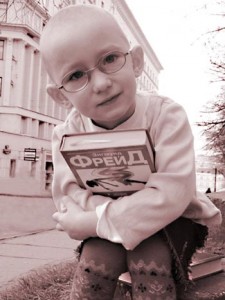 Thanks to Twitter anyone can be a journalist and thanks to WordPress anyone can be a writer. But to be an academic you need to be high-achieving before getting published in a fancy magazine. At least, you needed to be, because now in the internet era discussions about scientific open access platforms are more and more uprising. In 2008 for example Harvard shocked the world by announcing that they would be the first American university to introduce an open access policy and more universities have followed since.

With the arrival of worldwide open acces for the academic world anyone could be a scientist. Kathleen Fitzpatrick argues in ‘Giving It Away: Sharing and the Future of Scholarly Communication’ that open access is a big step forward for science. “‘Open access’ means free access, not just in the sense of ‘gratis’—work made available without charge—but also in the sense of ‘libre’—work that, subject to appropriate scholarly standards of citation, is free to be built upon. This is the cornerstone of the scholarly project: Scholarship is written to be read and to influence more new writing.”

Generating more new writing by making scientific work free is a beautiful thought. But at the same time this thought worries me a bit. No need for scientists to all be like the main characters in The Big Bang Theory, but I’m afraid that with open access quality will be poor. How can we design a system that will allow more people to publish their scientific work and at the same time will guarantee quality?

To guarantee quality in paper magazines, editorial offices use peer-reviews. This could also be applied to open access scientific work. People could audition before being placed within the platform and just as is the case with for exemple Idols or The Voice, people could be rejected. But who is going to pay for a system like that?

Jim Till was a member of the Executive Committee of Project Open Source|Open Access at the University of Toronto and keeps a blog about open acces. On his blog he mentions different kinds of funding for open acces projects. Different countries offer different ways for collecting an amount sufficient enough to start an open acces platform. For example in England there is the Research Council which provides funding and also the UK higher education funding councils. Different providers of funding could be agencies and universities, but Till writes that their budgets are already-stretched. The European Union also can provide money via the Research & Innovation funding program which starts in 2014. The last option that Till mentions is asking the author to contribute. The author needs to calculate the money into his grand proposal, so his funder can pay for publishing it. So, it isn’t easy to gather money, but there are some possibilities to find money and start an open access platform.

Starting one without peer-review seems to be not done in the academic world. Nature wrote an article on Jeffrey Beall who looked into ‘preditory publishers’, shifty publishers which ask up until $1800 for publishing an article which is peer-reviewed poorly or not at all. “The competition for author fees among fraudulent publishers is a serious threat to the future of science communication. To compete in a crowded market, legitimate open-access publishers are being forced to promise shorter submission-to-publication times; this weakens the peer-review process, which takes time to do properly. To tackle the problem, scholars must resist the temptation to publish quickly and easily.”

An example of a succesfull open acces project is Knowledge Ecology Studies (KES), esthablished by the Acces to Knowledge movement (A2K movement). Manon A. Ress wrote about it in ‘Open Access Publishing: From Principles to Practice’. According to Ress there were three major problems starting up KES. Copyright, quality and peer-reviews and funding. Concerning copyright the movement decided for a Creative Commons Attribution Licence with some extra clauses concerning author, publicer and public. All articles are peer-reviewed, except for events covered in real time. The open acces magazine gets funding from the compagny they are a part of, Knowledge Ecology International.”

So, to conclude, an open access platform will need money to start up and to be able to afford peer-reviewers, since without they won’t be taken seriously in the academic world. Peer-reviewing makes sure that the wheat is separated from the chaff. And that means that even with open access not just anyone can be a scientist. But fortunately those whose scientific work isn’t good enough to publish, can devote themselves to being a journalist by posting newsworthy pictures on Twitter or being a writer by publishing stories via WordPress.

One Response to “Open access: anyone can be a scientist?”
Leave a Reply
This blog is protected by Dave's Spam Karma 2: 2705362 Spams eaten and counting...