In the age of a digitalizing and rapidly changing world, scientific publishing has seen new challenges and opportunities with the wide adoption of the Internet. Before the 1990s, electronic mailing lists were often used as a method for distributing longer texts to different people. Since then, technology has progressed and has become indispensible. Journal articles are being both offered and retrieved in digital formats online rather than through physical, printed volumes. A lot of well-established journals have added digital publishing as a complementary service to their paper editions (Laakso, Welling, Bukvova, Nyman, Björk et al., 2011). It has become a lot more accessible since it gives unrestricted online access to articles published in scholarly journals. Even though open access to scholarly information has not always been a popular topic for debate among librarians, scholars and publishers – until the seventeenth century, scholarly findings were usually published in rare and expensive books and scholars would share their findings by mailing their papers to a selected group of people (Ress, 2010) – it seems that open access will soon play an essential role in the publishing world.

However, the prices of scholarly journals have become an obstacle to broad access at a time when new information technologies have expanded 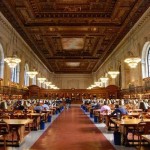 the possibilities for sharing more and more information. This affects research institutions, especially libraries, in a negative way since their budgets have decreased over the years. The costs of libraries are often passed on to the public, when it funds these institutions (Ress, 2010). It is therefore of great importance that we, as a society, seek to it that essential scientific and scholarly research is made more widely available without unnecessary costs. Access to scholarly journals is essential for the development and knowledge of a society and it should be available for everyone who wants to expand his or her horizon.

The growth of open access can be seen as a response to the enormous costs of scholarly journals. It goes without saying that there is no such thing as free information and there are indeed costs involved in producing scholarly information (Anderson, 2004). However, according to Edward M. Corrado, ‘by using different funding methods and electronic delivery of journals, the costs can be absorbed by alternative means to subscription fees’ (Corrado, 2005, 1). I am of opinion that when it comes to open access to scholarly journals, we have to look beyond developed societies to see that open access is not only a great benefit for this society but also for economically disadvantaged places in the world: ‘Journals with open access provide opportunities for new voices and perspectives to enter the worldwide scholarly community’ (Ress, 2010, 481). Other benefits are greater accessibility and better prospects for long-term preservation of scholarly works. Especially for libraries, it is essential to ensure long-term access to digital information (Corrado, 2005). The rise of digital technologies and its rapid growth have led to new and improved applications for digital preservation and libraries should embrace this development.

However, we have to comply with strict rules when it comes to open-access journals: ‘the principal issues facing authors, publishers, and users of open-access journals are related to the compatibility of open access with existing rules regarding copyright, peer review, revenues, printing, preservation, promotion, and indexing, all of which are associated with conventional scholarly literature’ (Ress, 2010, 483). If open access is indeed the future of scholarly publishing, we have to obey these rules in order to keep it successful. Moreover, in order to realize the vision of an international and accessible representation of knowledge, the Internet has to prove itself to be sustainable, interactive, valuable and trustworthy when it comes to publishing digital scholarly research. Not only the content of the research has to be openly accessible for the public at large, but also software has to be accessible.

Although open access is sharing your knowledge and perspective, we must not forget to protect and recognize authors and their publishers  without limiting access. As Ress mentioned in ‘Open-Access Publishing: From Principles to Practice’, ‘we have to promote and support global participation in cultural, scientific, civic and educational affairs and therefore recognize the opportunities arising from technological progress, such as the Internet’ (Ress, 2010, 490).

Corrado, E.M. 2005. ‘The Importance of Open Access, Open Source, and Open Standards for Libraries’. Issues in Science and Technology Librarianship.