What exactly is at stake with the advent of open knowledge and widely shared information? Let’s take ourselves back just over a decade to a time in which information and especially creative information was being aggressively debated both in the public sphere as well as in the Supreme Court of the United States. In San Francisco, large record companies such as Universal City Studios were trying hackers for the proliferation and dissemination of copyrighted material- namely songs that were legally ‘owned’ by record companies. This was one of many landmark cases in the battle over information that resulted in the eventual demise of the record industry as well as changed perceptions over what it means to ‘own’ information. Since then a war between open knowledge proponents and those who wish to uphold the commercial rights to certain information has manifested itself in a number of battles in the present day. This friction presents over the ownership of information presents itself not only in matters of sound information and record companies but in public institutions such as universities as well as the Internet itself. 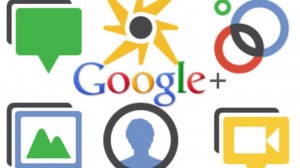 Social Images
One such example is the open access of visual information online through sites such as Google Images, Flickr, Tumblr, Pinterest and Facebook. Through these sites, users are able to access photographs and videos that are made free and available through their sites as well as Creative Commons access in the case of Flickr. What becomes apparent is the sheer amount of visual information that is posted, shared and transmitted to millions of people around the world. Due to a number of factors including the expansion of Web 2.0, the rise in the number of people who have access to the Internet, multitudes of images have been downloaded, edited, crafted by a growing number of online constituents. Artists are now beginning to post their art to Tumblr only to download their own images for recreational art making on photo-editing programs. 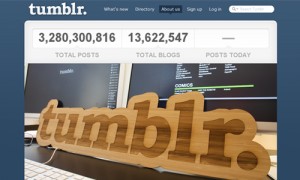 As information becomes easier to access and share through the networks created through the Internet, there is an overwhelming sense of communal ownership. As Gary Hall underlines in his book “Digitize This Book! The Politics or New Media or Why We Need Open Access Now” there is a structure of control when involving the dissemination of information. Essentially, “information and communication have become a principal terrain through which power relations are established today” (Hall, 5). Hall highlights the ways in which academic institutions have fallen victim to the shortcomings of open access and the willfulness to turn commercial profit for knowledge. This is a key element to the current war over information that involves the credibility of public institutions that now face a dramatic shift in the flow in of knowledge and information.

Evolution of the art and practice
As some artists who work primarily with and on the Internet many now embrace their work being freed from any traditional market value criteria and rely instead on practical solutions to their practice on the Web. Artist Rafael Rozendaal sells unique pieces of work that are assigned a unique URL. Each piece is sold individually along with the corresponding URL to whomever desires to purchase the piece. Though possibilities like these are only beginning to surface there are negative impacts on the proliferation of information as well- in this case, the visual arts. As the freedom and knowledge to produce images is increased, the market for say graphic designers and visual artists to employ their work for commercial purposes is losing its traction. Many refer to this key shift in the outputs consumption and production and the individuals who embody them as “prosumers.” As the lines between professional producers and commercial consumers becomes blurred the more complex the market values become. More so than not, designers face competition with thousands of other creatives who are willing to work and design for a similar wages or less. This model now feeds into many creative industries as the more people create, the more commercial institutions seem to wield a greater degree of power to hire those willing to play by their rules. Hall stresses this topic as he states that the innate problem with the idea of the prosumer in that it reinforces traditional ideas of what a consumer and a producer are considered to be in a post-industrial society. 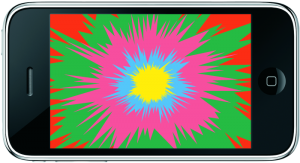 Let’s hurry up and figure this out

While the availability of open knowledge of visual information is playing a crucial role in an explosion of creative work there are still many issues that lay deeper in the realm of political and cultural thinking. These must studied and experimented with as the issues of knowledge and information must be resolved immediately in order to face the crucial challenges of our time.