Visual (for) thought: why data visualization should be used more in the classroom? 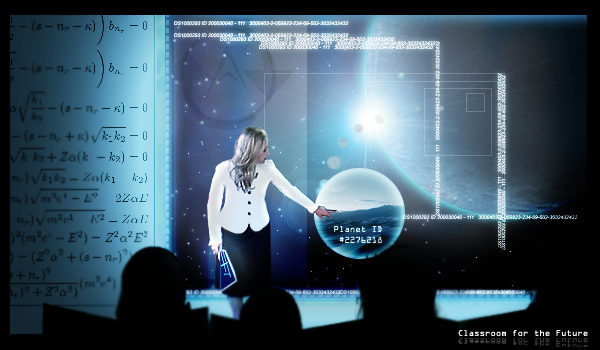 Whatever data is, one thing is sure: we cannot overlook them. Since we live in the Big Data era,as Jaimy and Ana analyze in their posts, we should use them as efficiently we can, and seek to discover new potential uses and benefits out of them.

Nonetheless, the large quantity and the different forms that data can take, make it quite difficult for the public to get a deep insight into them, as training, knowledge, expertise and personal or even cultural bias differ from one person to another. In order to make data comprehensible and more approachable to the broad audience, visualization comes into practice, searching for ways to enhance understanding, interpretation and communication. A lot of definitions have been used for data visualization, but one of the most known, yet quite ample is the one that describes it as “the use of computer-supported, interactive, visual representations of data to amplify cognition” (Card et al. 12).

Could we extend the use of data visualization in education?

What I would like to highlight, in this post, is that no matter how many years data visualization has been used, in different forms and levels of complexity, its potential still remains  strong and promising. Inspired by our group project, which deals with universities and educational decisions, I started thinking about the use of data visualization for educational purposes. In spite of the wide use of infographics, charts, maps and other forms of data visualization, as a pedagogical and educational tool, their role is-mostly-supportive to the traditional learning techniques, i.e. texts, slides or whatever is used in the different educational levels. I don’t argue that there are not institutions, colleges or universities that do use data visualization, exclusively as their teaching“language”, but beyond doubt, its use in education is not as ubiquitous, as it is in other aspects of our everyday life.

In the “Big Data era” we live, one can easily identify himself, as subject to an information overload, which makes his attention and memory span shorter than ever before. Human perception and cognition, thus, are subject to a change.

Dr Shaw, a neuroscience and psychology lecture, argues that this overabundance of information has an impact on our psychological situation as well and “this is a symptom of the computer age”. Dr Shaw states that “We’ve really seen this incredible amount of information flooding us constantly. The problem with information overload is really new to the human brain”. It seems, thus, that new ways of data and information presentation need to be found, in order to improve people’s perception. 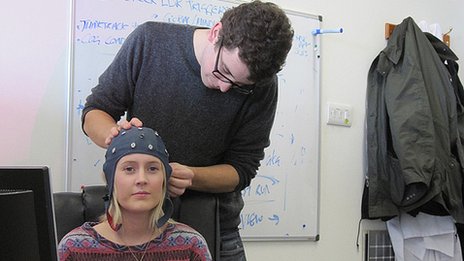 Nevertheless, I believe that what is needed is not a radical new way of presenting information and data but on the other hand,data visualization might be the answer to this problem -or to put it better challenge- of the big data.

Dr Shaw made an experiment, in order to prove, that people are overwhelmed by the huge amount of data they are being surrounded and bombarded with. She used an experiment group and investigated the effect that data visualization had in their brainwaves. The findings can be summarized, as follows:

This experiment, hence, proved what Ruddle et al. had acknowledged almost one decade earlier, that “Graphics, if well constructed, may make the human cognitive process of constructing a mental image of the route easier” (2002). Drawing from the main findings above, it can be inferred that a possible use of data visualization in the classroom would have beneficial results in the students’ learning process, as it would  make it faster and more productive, at the same time.

From computer scientists to kindergarten students?

When looking for relevant papers and concepts on the use of data visualization in the education, I came across a very interesting scientific paper , named “Exploring the Role of Visualization and Engagement in Computer Science Education” , written by 11 researchers. This work approaches the topic of data visualization in education, but it is focused on computer science students, and examines the level of engagement with the visual representation of data. The main assumption, is that the mere data visualization does not add significantly in the learning experience, unless the users are really active within it, implying that it may have to include interactivity (Naps et al.). It seems to treat the classic idea that “visualisation is an activity in which humans are engaged, as an internal construct of the mind” by Spence and Ware with some kind of cautiousness and prejudice, considering the human factor and involvement as a very important factor in the decoding and the desired engagement with the data. Personally, I believe that interaction is an important feature of data or information visualization ,but it has to be used only when it has something to add, because its aimless and excessive use can be tiring, misleading and discouraging for the user .

Data visualization tools and techniques seem to be much more frequent in universities and high schools, where students have already developed their visual perception and their learning experience, in general. Nevertheless, I stumbled upon something really interesting about kindergarten students, regarding various  effective learning techniques that a teacher tested in the classroom. One of them is called  “mind movies”, in which students had to visualize in simple drawings what they learned from their teacher. The results showed that young students tended to remember more things, after having the visual representation of the story, and that by discussing the other kids’ drawings, new perspectives of analysis and discussion were created in the class (Gregory & Cahill 516).

Which dangers and fallacies need to be avoided?

After presenting the positive implications of data visualization in education, I should also mention one of the major challenges that data visualization faces and this is the missing information. In plain, the visual representation of data, if it has a problematic structure and design, it can lead its viewers to misunderstanding and misinterpretation of the information given.

Enrico Bertini writes in his blog that Telling a story doesn’t tell the whole story and he suggests that one should be really cautious when he wants to deliver a story , by using data visualization, because this is not such an easy task. In the same vein, Lev Manovich has written a paper about the reduction of the information, that may occur when one presents his data visually. The reduction in a nutshell, happens when some data are visualized,excluding or hiding at the same time some other data or information. Nonetheless, Manovich argues and provides specific case studies that support this argument, that it is possible to avoid reduction, thus missing information, by using the right design, the right presentation methods and be explicit about the narratives you want to present. If you are interested to read his paper, click here.

In the rear, data visualization has serious benefits for human cognition and this is something education should use, to improve its results. It would be really interesting to see how a class –explicitly organized in a visualized way, would function and to what extent it would be different from a “traditional” class. We cannot be sure that the results will be significantly  better, but we have some quite positive evidence about the visual language effectiveness. So maybe government and all the relevant institutions should take this decision and hopefully, help us reach a higher cognition-level society.