Women in games 2013: one step forward, two steps back

Even though it’s now common knowledge that 47% of gamers are women, the gaming industry and geek culture keep struggling to be more inclusive, as 2013 has already had its good share of controversies, tough debates and hateful Tweets regarding gender issues. Here are a few examples I believe are worth noting.

The first and most obvious topic that comes to mind when discussing gender in games is that of the representation of women in AAA releases. When not completely absent, female characters are mainly designed to please a straight, masculine audience and the question of their oversexualization is still consistently brought up.

If Tomb Raider’s Lara Croft has often been criticized for her exaggerated measurements, the heroine’s reboot version in the 2013 release could be perceived as a slight improvement :

This was counting, however, without the controversy that targeted the game’s direction and marketing, which, according to some, mostly focused on and even sexualized Lara’s bad treatments. 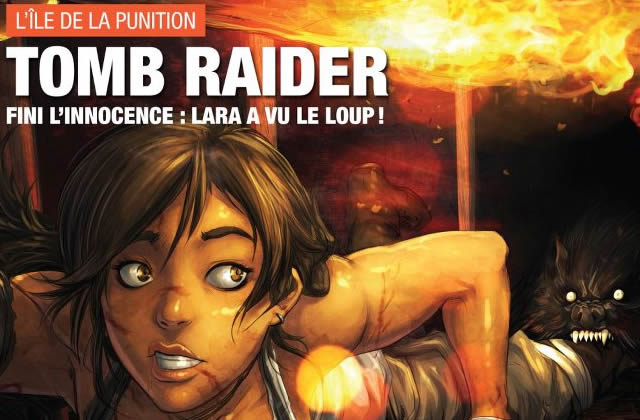 The game, in the end, brightly illustrated the omnipresent machismo of the gaming culture. In France, for instance, a review happily qualified Tomb Raider as “belonging to the Rape and Revenge genre” and being “rather exciting”.

If proving that Tomb Raider’s content and advertising have willingly promoted any form of sexual assault remains tricky, seeing a (male) journalist describe a rape metaphor as “exciting” is definitely creepy. The cover, I believe, speaks for itself.

“The punishment island – Innocence is over: Lara meets the big bad wolf”

More widely, generalized sexism seems to be the main sickness of the global geek culture. As Twitter user Mar_Lard points out on cafaitgenre.org, a French blog dedicated to contemporary feminist issues, the geek community suffers from the general yet exclusive assumption that the common gamer is necessarily a white, heterosexual, cisgender male.

This assumption seems so widely shared by many gamers that they themselves continue to consider gaming as a “male-only territory”. Some even violently refuse any potential debate on gender issues, as Feminist Frequency Twitt’s outcry about Microsoft Conference illustrates:

Women and the tech industry

Among the causes of this sickness, Mar_Lard targets the industry as one of the main responsible, an industry that remains mainly owned and controlled by men.

More generally, it is the place of women in the tech industry as a whole that keeps creating debates, especially after March tech conference’s outcry, where a female developer evangelist used Twitter to denounce what she believed to be a sexist joke, causing the shamer and herself to lose their jobs.

Whether the joke was sexist or not, it is a shame that women’s very presence is still subject to so much tension: being asked why there weren’t more female game creators, Twitter already brought up very enlightening answers in 2012, with women explaining how they feel treated and perceived in the industry.

Yep, it seems that the geek community still has some work to do… Everything is not completely lost though, and if you’re hoping, as I am, that gaming might become more inclusive, here are some small signs that could cheer you up:

Edit: as my friend Thibaut kindly pointed out, it seems I definitely missed two very-fresh-but-remarkable news concerning gender issues in the tech industry. The first involves dickwolves and a welcomed yet long-to-come apology, the other some serious backlash regarding  sexist apps presented at TechCrunch yesterday.

One step forward, two steps back…

One Response to “Women in games 2013: one step forward, two steps back”
Leave a Reply
This blog is protected by Dave's Spam Karma 2: 2705362 Spams eaten and counting...