The Internet as a Culture of Equality and Opportunity


The digital revolution not only introduced new means of economics and power, but also introduced radical changes in the social aspects of life, acting as a catalyst for the emerging virtual world. We no longer can imagine our lives without the internet. For many people internet has become a significant part of their everyday life. These people feel themselves more confident and comfortable with social interaction through the screen. Despite the fact that one socializes online pretty much ( e.g. typing messages, being a part of online community, creating avatars through one’s own identity and even talking to strangers for hours), one gets alienated from real life and real social interaction. What forces people to turn to virtual worlds? 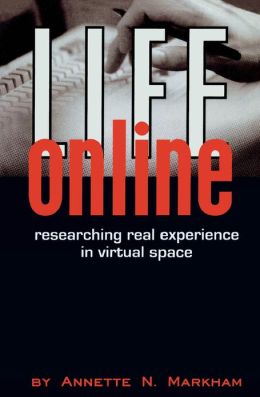 A great book of Annette Markham Life Online depicts a series of interviews with people who literally “live” online or at least spend a lot of time in virtual worlds. All of Annete’s interviewees treat their online experience as very real and truthful. Many of them state that in the virtual world they can express themselves freely. One of the interviewees, Beth, states:

“I can just be myself I can just type what comes to mind.. Things seem to be communicated better through my fingers than my voice”.

Beth states, that for her online relationship and communication are exceptional in comparison to real ones. She confirms that during online communication people can make “realistic” judgments about each other – they do not judge each other by look or outfit, but they see the essence of others and “what is inside”. Throughout the conversation, Beth implies that her words, not her body, define who she really is. This makes perfect sense in a culture where we are surrounded by media images of ideal bodies and different ways to achieve this ideal picture – through diets, plastic surgeries and silicone. These images in media become the standards of our society by which we measure ourselves, and they tend to diminish or raise our self-esteem. Beth knows that she does not fit into the image of Western beauty:

“It’s not that I’m ugly or anything…I don’t wear make-up… I’m not the stereotypical girl”. I believe that societal pressures with which individuals such as Beth faced – mainly social norms, ideals and conventions – are one of the reasons for the repression of individuals into virtual worlds. Michael Foucault’s “normalizing gaze” in his panoptisicm theory refers to the condition when society seduces people in following all the norms and conventions because of an anxiety to keep up to date with the majority. According to Michel Foucault, control over people may be achieved merely by our own or the self-observation of others. Since an individual does not know whether he is observed or not he is pushed to act according to the rules and correspond to the ideal picture which is mediated by the general society. This idea of normalization is pervasive in western society. So, the individuals who do not correspond to the ideals of the dominant society and are easily depressed by its “normalizing gaze” have to express their ideas, opinions and ideologies differently. Nowadays with the growing importance of the internet, many of these individuals are repressed by society into virtual worlds. Society systematically alienates minorities, it is in our traditions and culture to agree with the common and repudiate the unknown. By excluding a group of people and pushing them to solely feel free only when online, the society itself creates a new minority. Those groups who are (or recently were) systematically marginalized and disadvantaged in relations with the rest of their society can find in the internet a valuable ally.

The main point is that the internet is a liberal environment, one that imposes new rules of organization and new relationships among its users. For those individuals who are confident with its logic, the internet can be utilized as a field for a remarkably beneficial sharing of information and means to expressing oneself. Most of the customary face-to-face exchanges of first impressions are hard to put across the internet, making it easier for people to express themselves. Power and social status are not immediately apparent in cyberspace and are difficult to communicate there effectively. Besides, since all interactions are distant and mediated by a computer, the virtual world favors a style which is decidedly speedy, clipped, informal and civil, but yet autonomous. On the internet the information is readily verifiable. This means that while in real life not all people would treat each other as equals, on the internet the sheer networking logic and laws inclines them to do so. The internet fosters a culture of equality and opportunity. This trend is further promoted by the non-hierarchical and thus essentially democratic organization of cyberspace which does not always correspond to our conventionally caged society.